While the new moon is probably the most mystifying of the lunar phases, it doesn’t make the others less potent, let alone significant. The beginning of a brand-new lunar cycle, the emotional meaning of the November 2020 new moon is about discovering your soul’s truth, despite previously set structures and belief systems. In addition to the innate fertility stemming from this lunar phase, however, there’s something undeniably powerful about the sun and moon joining forces in the phoenix-like sign of Scorpio.

Igniting Scorpio’s fixed waters at exactly 23 degrees on Nov. 15 at 12:07 a.m. EST, this Pluto-ruled lunation wants to empower, transform, and unveil what’s hidden deep beneath the surface. Though there are a series of components to consider, the mere fact that this lunation takes place just days after Scorpio’s traditional ruler, Mars, stations direct, and Jupiter conjuncts Scorpio’s modern ruler, Pluto, truly speaks volumes. Astrologically, it’s important to look at the bigger picture and not get too consumed by the specifics. For instance, exploring the depths of Pluto-ruled Scorpio and the significance of its zodiac archetype barely scratches the surface. Instead, let’s consider the entire scenario, starting with Mercury reentering smoldering Scorpio on Nov. 10.

This shift shed light on buried truths, all the while challenging the collective to revisit themes revolving around conversations and immediate exchanges that took place during Mercury retrograde in Scorpio. Two days after, Jupiter met with powerful Pluto — for the third and final time — bringing intense catharsis, both personally and at a global level. The following day, Mars catapulted forward after a two-month-long retrograde journey through its sign of rulership, Aries. Needless to say, all this momentum is building toward this lunation, slowly but surely. 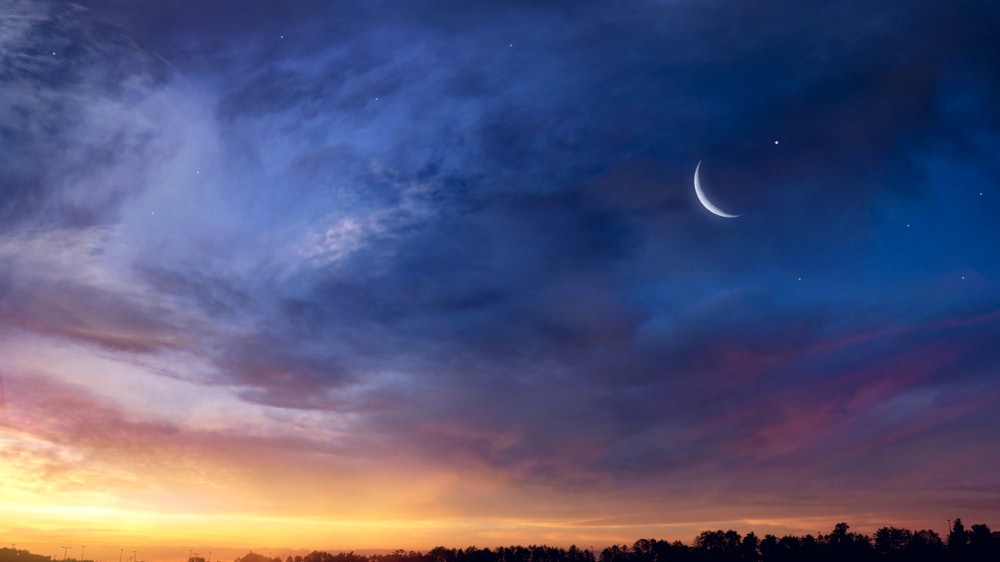 As you may know, new moons are symbolic of new beginnings, but there’s a lot more to this lunation than meets the eye. In addition to reflecting on Scorpio’s zodiac archetype and astrological symbolism, it’s important to consider this fixed water sign’s planetary rulers, Mars and Pluto, along with the aspects taking place during this lunation.

Enigmatic and intuitive, Scorpio’s fixed modality is symbolic of sustainability, security, and stability. Its element, water, represents emotion, intuition, and the hidden unconscious. As a fixed water sign, Scorpio strengthens and magnifies the mystifying essence of the element water. Everything from its psychic connection to the other side to its general fluidity is so present that it’s almost tangible, which is why its energy can be so incredibly revealing.

With Scorpio’s modern planetary ruler, Pluto, coming off of its third and final conjunction to Jupiter, there will be an innate fearlessness stemming from this new moon’s energy. Pluto destroys, regenerates, and transforms, while Jupiter magnifies whatever it touches. Since both Jupiter and Pluto are traveling through Capricorn, this new moon foreshadows the dismantling of an era of your life, so to speak.

The sun and the moon will be making a harmonious sextile to Jupiter-Saturn-Pluto, increasing the likelihood of there being incredible abundance, expansion, and spiritual wisdom to come along with it. However, with Venus making an exact square to powerful Pluto, you might be reflecting on everything from your place in a significant partnership to your shared resources in the process.

The new moon will also be in harmony with dreamy Neptune — planet of compassion, and unconditional love — which automatically dissolves the boundaries between you and the universe. This energy is elusive and incredibly spiritual, which serves as the ultimate reminder to have faith in something greater. Although, more importantly, it brings forth the opportunity for self-love and spiritual mindfulness.

You are powerful beyond measure. Reflect on the things you want to purge, release, and/or transform. Are you ready to discover your truth, and bask in your authenticity? It’s time for you to take your power back, with both confidence and clarity.

11/14/2020 Lifestyle Comments Off on The Emotional Meaning Of The November 2020 New Moon Is About The Truth
Recent Posts
We and our partners use cookies on this site to improve our service, perform analytics, personalize advertising, measure advertising performance, and remember website preferences.Ok