The latest series of The Crown, released today, may not show an ‘accurate reflection’ of royal life, Princess Diana’s former long-time butler has warned.

Posting on his Instagram account, Paul Burrell, who worked as an aide in the royal household for more than two decades, said he had ‘concerns’ about the latest Netflix series, which depicts the often tumultuous life of the royals during the 90s.

Burrell, 64, told his 46,000 followers on Instagram that Diana was a ‘fervent supporter’ of the Queen, but that may not be reflected on screen, saying: ‘Those who witnessed history will know that The Crown’s version of events may differ from reality.’ 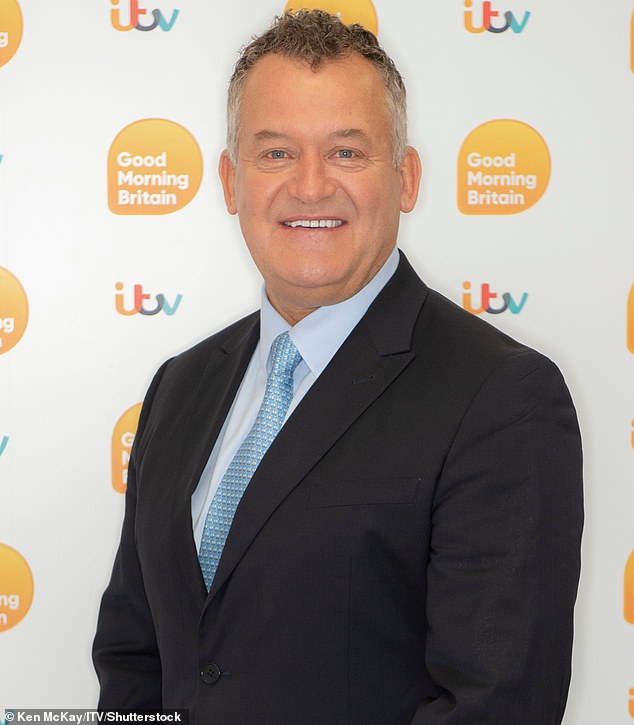 Former royal butler Paul Burrell told his 46,000 followers on Instagram that his former boss had been a ‘fervent supporter’ of the Queen, telling him ‘I am here to support Mama’ – and warned them that the latest series of The Crown may not always be an ‘accurate reflection’ of the royal household in the 90s 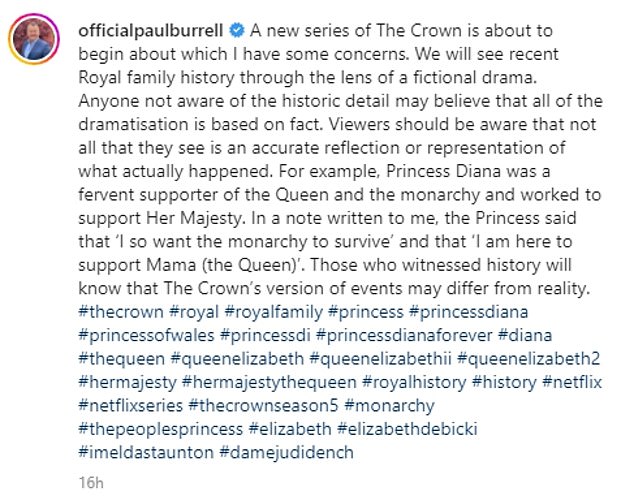 Series 5 of the controversial Netflix drama sees Imelda Staunton take on the role of the Queen, with Australian actress Elizabeth Debicki playing Diana and Dominic West as the then Prince Charles 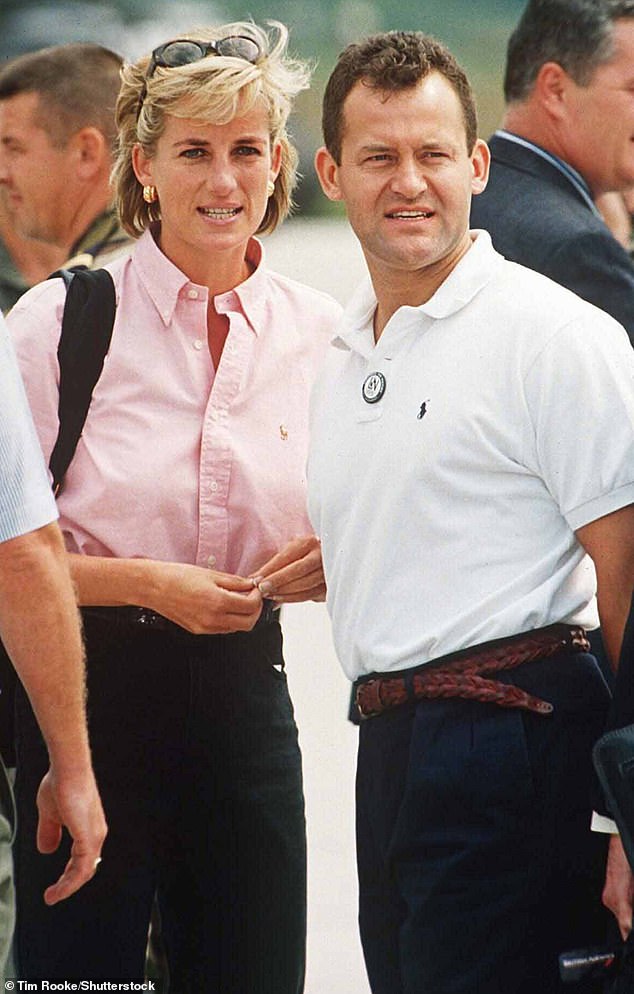 Burrell, 64, served as a footman for the Queen and later butler to Diana for 10 years until her death in 1997. Above: The pair in Bosnia in August 1997

Series 5 of the controversial drama sees Imelda Staunton take on the role of the Queen, with Australian actress Elizabeth Debicki playing Diana.

In a lengthy post, the former Kensington Palace aide wrote: ‘A new series of The Crown is about to begin about which I have some concerns. We will see recent Royal family history through the lens of a fictional drama.

‘Anyone not aware of the historic detail may believe that all of the dramatisation is based on fact. Viewers should be aware that not all that they see is an accurate reflection or representation of what actually happened.’

Burrell then went on to cite the example of Diana’s relationship with the Queen, saying that the late royal, who was killed in a car crash in Paris in August 1997, always strongly showed her support for the Queen.

He explained: ‘Princess Diana was a fervent supporter of the Queen and the monarchy and worked to support Her Majesty. In a note written to me, the Princess said that “I so want the monarchy to survive” and that “I am here to support Mama (the Queen)”.’ 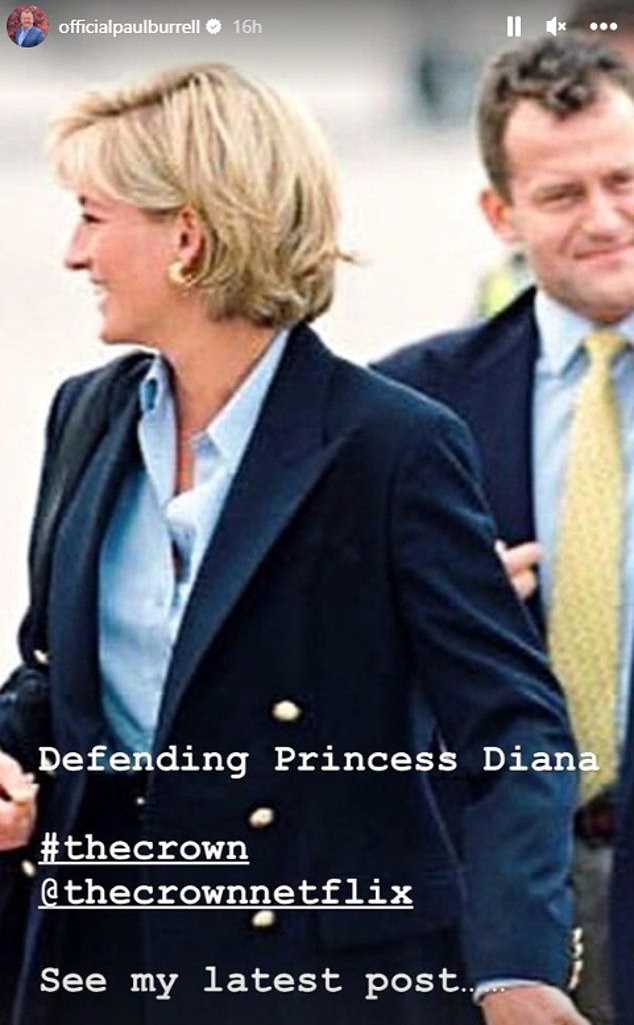 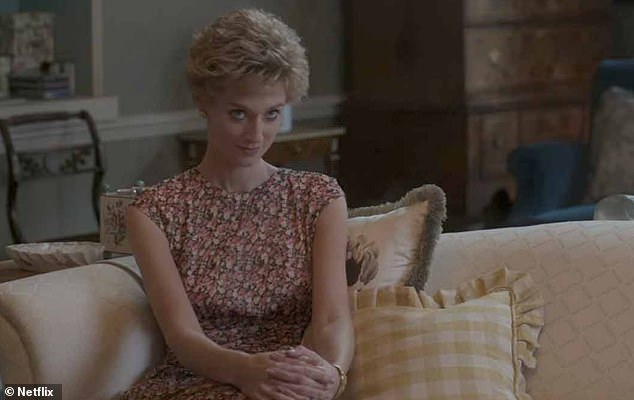 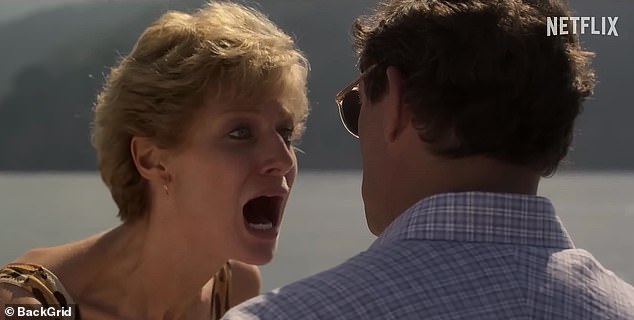 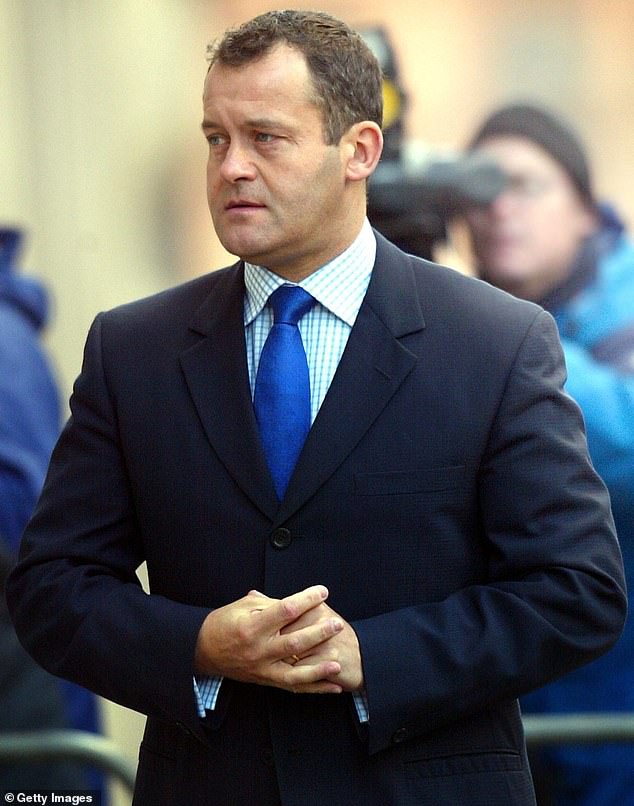 Weeks before Charles sent his letter, Burrell had gone on trial on theft charges relating to 310 of items worth £4.5m that had belonged to the late Princess of Wales. But the Old Bailey trial collapsed part-way through after the Queen recalled that Burrell had told her he was keeping some of Diana’s possessions 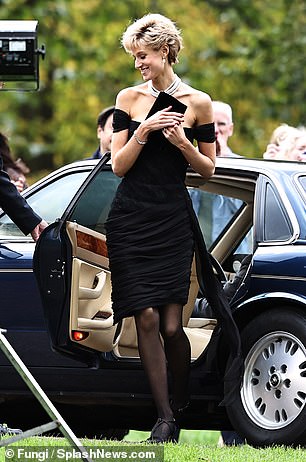 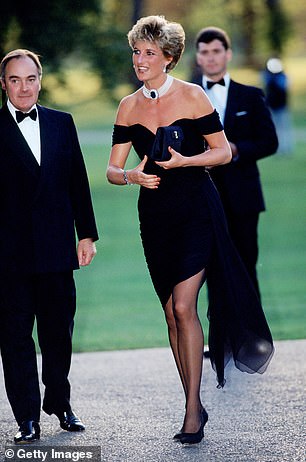 Elizabeth Debicki is pictured during The Crown’s re-enactment of Princess Diana’s famous ‘revenge dress’. The Crown prides itself on its attention to detail, from its no-expense-spared locations to the meticulously choreographed fashions

Focusing heavily on the fallout between Princess Diana and King Charles (then Prince of Wales), the new series will showcase a number of low points for the royals.

With the previous two seasons of The Crown covering the three decades before the Nineties, the royals have been recast for this series’ 13-year time frame of 1990 to 2003.

Among them are Charles and Diana’s marriage breakdown, the late royal’s controversial Panorama interview and the notorious ‘tampongate’ phone call between the King and Queen Consort.

One of the most controversial aspects of the series is how it will tackle the death of Diana, with Netflix facing scrutiny over the decision to recreate the final days of Princess Diana, shooting some scenes in Paris, where she died. 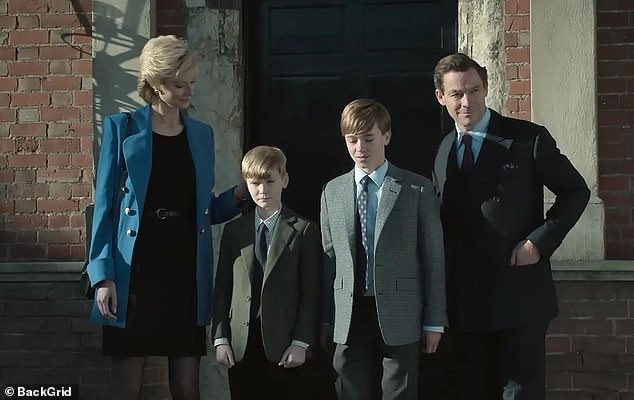 Last month, Princess Diana’s friends slammed the ‘insensitivity’ of Netflix after crews from The Crown were spotted filming the moments leading up to her fatal car crash – just 100 yards from the Paris tunnel where she died 25 years ago.

Photographs showed filming of a Mercedes in Paris near the site of the car crash that claimed her and Dodi Al Fayed’s lives.

Onlookers said Netflix crews were seen filming between 2am and 3am around 100 yards from the Alma tunnel, where the crash happened in the early hours of August 31, 1997.

The pictures showed a black Mercedes like the one the couple were travelling in on that tragic day being filmed in another nearby tunnel on the same road.

Netflix has insisted the ‘exact moment’ of the crash will not feature in the controversial drama, which has recently come under fire for sensationalism and inaccuracy. 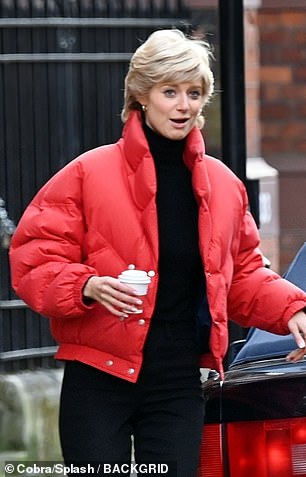 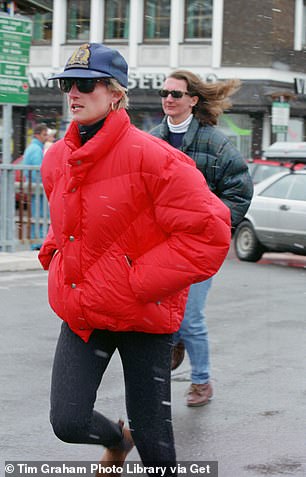 Here, The Crown’s Debicki draws outfit inspiration from Princess Diana during a ski trip to Lech, in Austria. Critics will say that this series of The Crown is the Princess’s version of events

A friend of Diana’s said the show’s makers could face accusations of ‘insensitivity’ over the filming in Paris.

Debbie Frank, who was Diana’s astrologer, said it would be ‘terrible’ for Princes William and Harry to see a recreation of the moments leading up to their mother’s death.

‘It’s obviously terrible for Diana’s children to have to see that again. It’s insensitive,’ she said.

She added: ‘I feel Diana’s death and the crash was the biggest shock our generation. It had such a huge impact across the national psyche.

‘I guess the makers of The Crown feel they are entitled to show a re-enactment of scenes leading up to her death and that it has dramatic impact. But relatives would think otherwise.’

Paul Burrell entered Royal Service at age 18 as a Palace footman and became the Queen’s personal footman a year later.

He joined Prince Charles and Diana at Highgrove House in Gloucestershire in 1987 and remained there until her death in August 1997.

Burrell was the only non-family member to be present at Diana’s private burial at the Spencer estate Althorp.

In 1993 she wrote a letter to him that claimed the Prince of Wales was plotting to kill her so he could marry Tiggy Legge-Bourke, the former nanny to Princes William and Harry. 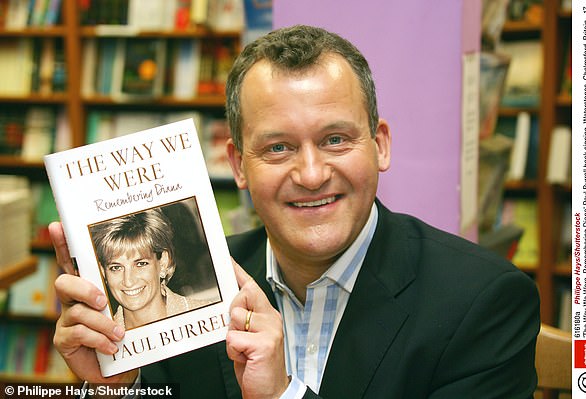 Mr Burrell wrote two tell-all books after Diana’s death – A Royal Duty in 2003 and a follow-up book called The Way We Were in 2006 – in which he claimed she had called him ‘the only man I can trust’. Pictured: Burrell posing with a copy of The Way We Were

The note was shown at the inquest into her death and was sent to Burrell in October – 10 months after her separation from Prince Charles was announced.

Burrell wrote two tell-all books after her death – A Royal Duty in 2003 and a follow-up book called The Way We Were in 2006 – in which he claimed she had called him ‘the only man I can trust’.

It is believed the Princess of Wales entrusted him with her private papers during her divorce.

He said: ‘She was surrounded by the richest, most educated people and she chose a lorry driver’s son from Derbyshire.

‘She called me her rock and I took care of her.’

But Princes William and Harry would later accuse him of betraying the mother they loved so much.