“The night before I went to like Saddle Ranch and got wasted.”

“The Real World: Las Vegas” star Trishelle Cannatella royally shot herself in the foot when trying to break into the acting business following her first season of reality TV.

Appearing on Danny Pellegrino’s Everything Iconic podcast this week, the veteran reality star revealed she had signed with a “really good agency” in Los Angeles following her stint in Sin City. “They represented some really good people,” she explained, “they were like, ‘Get out of reality, you’re just going to do acting.'”

Cannatella said she was taking acting classes and getting serious about a career in TV or film when she got a pretty big audition that she completely bombed.

“They had a role on, like it was the second ‘American Pie,’ it was like ‘American Wedding’ and it was for me to be Stifler’s girlfriend,” she claimed. “It was like a healthy-ish role. The director wanted to meet with me specifically.”

“The night before I went to like Saddle Ranch and got wasted,” she continued. “I went to the audition, but I didn’t even know my lines. My agent was livid with me. I could have had the part. It was mine.”

“I want to say it was January Jones,” she added, “it was somebody in that genre that got the part and ended up doing well after that.” 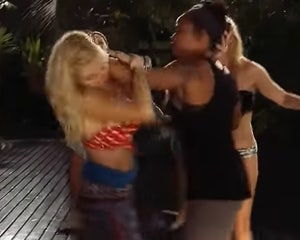 In the third “American Pie” film, Jones played Cadence Flaherty, the younger sister to Alyson Hannigan’s Michelle. The character gets caught between a tug of war between Stifler (Seann William Scott) and Finch (Eddie Kaye Thomas). Jones’ career really took off a few years later, thanks to her role on “Mad Men.”

Trishelle went on to do a ton of reality TV work, competing on a number of “Challenge” seasons, appearing on “The Surreal Life” and reuniting with her Las Vegas cast members for a special followup season. She did appear in a few films as well, including “The Dukes of Hazzard: The Beginning,” “Ninja Cheerleaders” and “The Scorned” — a horror movie spawned from the reality show “Kill Reality.”

She’s currently a competitor on “The Challenge: All Stars,” dropping Thursdays on Paramount+.

The Challenge: All Stars Led to Major Friend Fallout for Trishelle Cannatella (Exclusive) 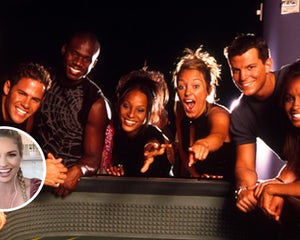