The Climate 200 group that bankrolled the teal independents and upended federal parliament at the last election has revealed Atlassian founders Scott Farquhar and Mike Cannon-Brookes collectively donated more than $2.5 million to its campaign.

But the largest individual donor to Climate 200 and the teals is Rob Keldoulis, a relatively unknown share trading firm founder from Sydney’s eastern suburbs, who put in $1.85 million and is readying for more donations ahead of the NSW and Victorian state elections. 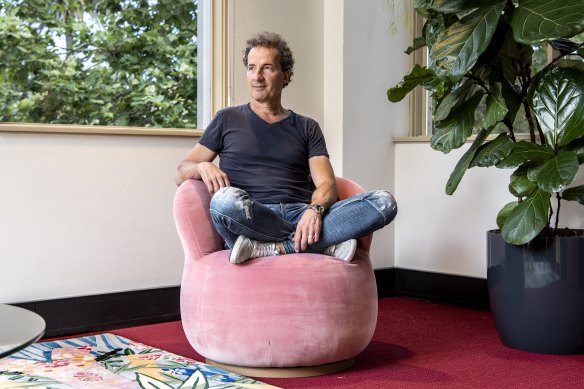 Rob Keldoulis, the top donor to the teals and Climate 200 in the 2022 federal election cycle.Credit:Steven Siewert

“I’m hooked,” Keldoulis said, despite the teals not winning the balance of power in the House of Representatives that many of their backers hoped would provide decisive influence over lawmaking.

“I think it’s really good that they didn’t get the balance of power now… because anything that didn’t work [Prime Minister Anthony] Albanese could have blamed on the teals.”

But he believes the teals have already challenged the major parties’ lock on power, putting issues of integrity, climate and gender in the spotlight, and they will claim the balance of power in future. He has already supported teal candidates at the Victorian state level and will do the same for the coming NSW election and future federal contests.

“We’ll be supporters for a long time,” said Keldoulis, who initially made his money with international trading giant Optiver before starting VivCourt, a trading firm that devotes its profits to charity, in 2010.

“I think what [Climate 200] is showing is that people with absolutely no interest in politics because you’re just disillusioned with the whole system, can actually have an impact.”

Parliament’s committee on elections is looking at those measures and Special Minister of State Don Farrell repeated his previous remarks that “we intend to legislate” – after the committee reports back – when asked about the large donations to Climate 200. The administrative wing of the Labor party has told the committee it wants donation caps. 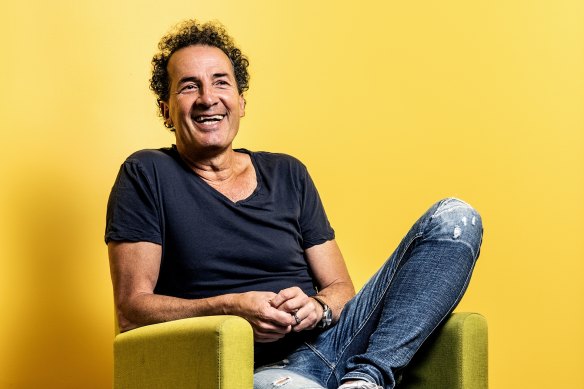 Rob Keldoulis, photographed at his office, said he did not view his donation as an investment that needed a return.Credit:Steven Siewert

But Climate 200 executive director Byron Fay said the donations levelled the playing field for independent candidates. “They came from every single electorate in the country, with a third from rural and regional Australia,” he said.

Statistics from Climate 200 show 85 per cent of its 11,200 donors each gave $500 or less, with 75 per cent of the total choosing to make their names public immediately on its website. Climate 200 aimed to provide no more than half of a candidate’s campaign funding.

On Monday, the names of 63 donors who gave more than the legislated threshold of $14,500 will be disclosed by the electoral commission along with donation information from other candidates, senate groups and donors. Political parties, including the Coalition and Labor that can spend tens of millions per election, tend to report their data via annual returns released in February.

Climate 200 founder Simon Holmes a Court and his family philanthropic vehicle Trimtab Foundation contributed $250,000, or a bit less than 2 per cent of the total $13 million Climate 200 raised.

Farquhar and Cannon-Brookes did not make themselves available for interview, but emphasised urgent climate action in statements on their donations.

Former moderate Liberal MP Jason Falinski, who lost his seat on Sydney’s northern beaches to Climate 200-backed Sophie Scamps, said the organisation’s disclosure of donations from very wealthy people months after the election was bad for ordinary Australians who lacked that cash.

“I think it’s quite a serious hacking of Australia’s democratic processes and it’s fundamentally a lack of transparency,” Falinski said.

Climate 200 supports real-time disclosure rules and lower thresholds for donors to reveal their identities but has previously argued that donation or spending caps could have a “perverse effects on democracy” because of the advantage that incumbents enjoy.

Six new Climate 200-backed independents were elected to the lower house at the 2022 election, along with one senator and the re-election of four MPs.

Nick Fairfax, a scion of the Fairfax family that once owned this masthead, and his wife Sandra donated $100,000, while the retailing Milgrom family gave $500,000, both matching contributions from smaller donors.

Keldoulis said he had decided to donate after a contact encouraged him to listen to a talk by Holmes a Court that convinced him Labor’s insistence on MPs voting with the party and Coalition MPs’ ambition meant neither would defy party leadership to vote for their electorates’ wishes. His son Felix, 17, who is even more enthusiastic about politics than his father, became involved too, tracking polling performance and election-night results.

The Business Briefing newsletter delivers major stories, exclusive coverage and expert opinion. Sign up to get it every weekday morning.