If you’ve watched The Matrix, you’ll recall how its iconic code streams down the screen in glowing waves. But did you know this digital rain comes from sushi recipes? Simon Whiteley, from Sydney’s Animal Logic studio, turned to his Japanese wife’s cookbooks for inspiration and hand-drew the characters that formed the green code that’s still recognisable decades after the film’s 1999 debut.

Whiteley still gets international attention for this – in 2019 he told Wired that his wife thinks it’s ramen and teriyaki recipes that fuel The Matrix’s code – but he’s upfront about the visual effect he’s synonymous with. “Movies aren’t made by single people,” he told Befores & Afters. “They’re made by massive crews and everyone had input into it.” 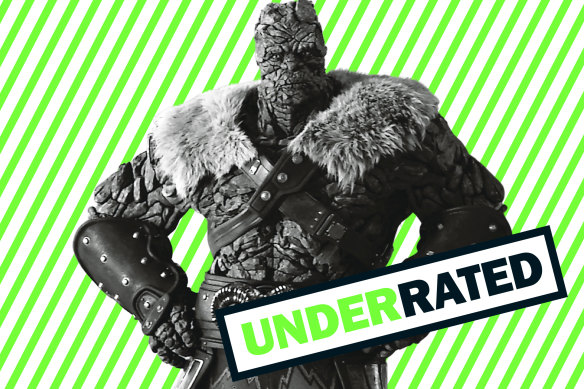 The Matrix’s work in this field was loudly celebrated, especially the bullet-time sequence by Manex Visual Effects where Keanu Reeves dodges gunshots like he’s doing slow-motion ballet. Today, though, the monumental human effort that goes into this craft gets weirdly dismissed by filmmakers.

When director Taika Waititi disparaged the CGI work on his Korg character while promoting Thor: Love and Thunder earlier this year, it led to an online backlash. “You neglect your precious life and connections to finish a shot on time for Marvel, so Taika Waititi can poke it with his finger and go ‘does this look real?’” went one viral tweet.

But Waititi joins a long line of filmmakers who’ve belittled visual effects as a cinematic punchline or taboo, with directors also going out of their way to swear their films rely on practical rather than visual effects. Director James Gunn made such a claim about The Suicide Squad, despite more than 800 people being credited for visual effects on the film. Patty Jenkins boasted that Wonder Woman 1984 was achieved mainly with practical effects – a true surprise to the 1017 visual effects artists who worked on her movie.

Marketing for blockbusters favours hype about practical effects over CGI, even when they’re filled with visual effects. Coverage around Top Gun: Maverick bragged about its lack of CGI, but guess how they achieved combat scenes that were too dangerous to do practically? Through the work of 400 VFX artists. 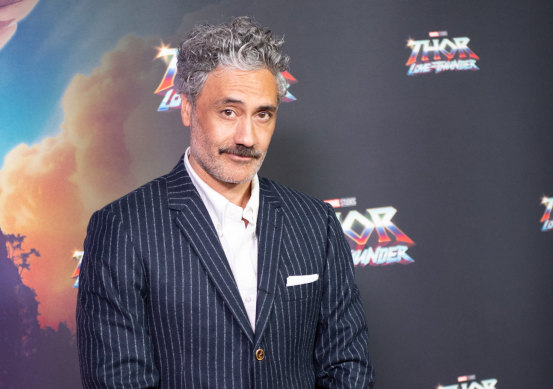 There’s a romantic myth that movies using practical effects instead of CGI are somehow superior. Todd Vaziri, who has worked on visual effects for Marvel and Star Wars projects, tweeted about the misleading BS. “Welcome Top Gun: Maverick to the 1000+ digital VFX shots club, where the high quality of your work will be used as evidence to the lack of digital VFX, joining Dune: Part One, Mad Max: Fury Road, Blade Runner 2049 and Mission Impossible films,” he wrote. His ongoing Twitter thread about this misinformation campaign goes back to October 2019.

The recent myth-making about the lack of VFX is surprising given how films featuring pioneering effects used to openly brag about their digital technology. Think of the mercurial T-1000 in Terminator 2: Judgment Day or the dinosaurs in Jurassic Park. There’s Peter Jackson’s The Lord of the Rings trilogy with its groundbreaking battle scenes and motion-capture Gollum by his Wētā VFX team, and Inception’s Paris-folding scene, shaped from 250,000 photos overseen by Oscar-winning VFX supervisor Paul Franklin. More recently, the trippy multiverse chaos and humour of Everything Everywhere All at Once, the desert-shaking worm of Dune and the wild animal battles and fireworks of RRR would not be possible without CGI.

There’s also a misconception that visual effects are reserved for popcorn movies, or brainless trash. But the reality is they are used in everything, and there are many VFX-reliant movies that are anything but franchise spectacles.

The Tragedy of Macbeth is a black-and-white Shakespeare adaptation, directed by a Coen brother and fronted by Oscar-winning actors Frances McDormand and Denzel Washington. It’s also a VFX movie. It’s mainly set on soundstages, so the beautiful shadows, spectacular architecture and fog-shrouded scenarios were digitally generated. Turns out a period film where one woman plays three witches onscreen actually required a bit of movie magic.

Roma, like The Tragedy of Macbeth, was another black-and-white movie with Oscar-nomination cred that’s also full of visual effects. The movie’s opening shot of water splashing across the floor was one of the hardest things to pull off digitally; you probably mistook it for the real thing.

I wonder if this romanticisation about practical effects over CGI comes from a misunderstanding about how visual effects are created? There’s probably a belief that it’s like an Instagram filter, automated and quick, instead of something that requires hundreds of artists. I didn’t realise this myself until I first met my boyfriend: he’d just spent six months working on a visual effects scene that only lasted a minute on screen. The four minutes of CGI in Jurassic Park took a year to complete. For Cats, the crew had four months to finish a 90-minute movie; the two-minute trailer alone required half a year (it clearly wasn’t enough time).

Visual effects, like practical effects, is an art form that requires human ingenuity. There are many movie moments – like Audrey Tautou being reduced to water in Amelie as she thinks about a crush, or the near-invisible predator in Prey – that were only possible because of the people behind it. I think this is magic. Directors should, too.

To read more from Spectrum, visit our page here.

Who? What? Why are we so fascinated with these celebrities?