Steven Spielberg’s The Fabelmans, a memoir about his early family life and love for cinema, has emerged as a leading Oscars contender by winning the audience award at the Toronto International Film Festival.

Chosen via online vote by audience members, the People’s Choice Award at the festival has previously been claimed by such future best picture winners as Nomadland, Green Book, 12 Years A Slave, The King’s Speech, Slumdog Millionaire, American Beauty and Chariots of Fire. 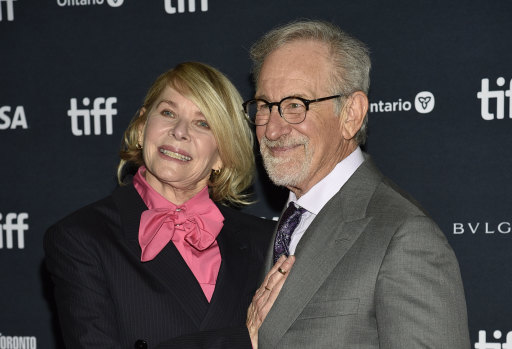 Kate Capshaw and Steven Spielberg attend the premiere of The Fabelmans at the Toronto International Film Festival.Credit:Evan Agostini/Invision/AP

The Fabelmans, which stars little-known Canadian-American Gabriel LaBelle as aspiring teenage filmmaker Sammy Fabelman, has been described as a self-portrait of one of cinema’s most famous directors. Michelle Williams plays his mother, with Paul Dano as his father.

While it is yet to get an Australian release date, it is expected to be slotted in among other Oscars contenders either over Christmas or early in the new year.

In a rave review, Variety called the movie “a personal account of [Spielberg’s] upbringing that feels like listening to two-and-a-half hours’ worth of well-polished cocktail-party anecdotes, only better, since he’s gone to the trouble of staging them all for our benefit.”

The Hollywood Reporter was just as effusive, saying: “Immediately joining the first ranks of artists’ memoirs … The Fabelmans is both a vivid capturing of the auteur’s earliest flashes of filmmaking insight and a portrait, full of love yet unclouded by nostalgia, of the family that made him.”

After learning of the award, Spielberg said he was glad he brought the movie to the festival. “This is the most personal film I’ve ever made, and the warm reception from everyone in Toronto made my first visit to TIFF so intimate and personal for me and my entire Fabelman family,” he said.

At the first completely live Toronto festival in three years, Sarah Polley’s Women Talking, a drama about the women of an isolated religious community grappling with their faith, was runner-up, with Rian Johnson’s comic sequel Glass Onion: A Knives Out Mystery, which has Daniel Craig returning as detective Benoit Blanc, third in the audience vote. 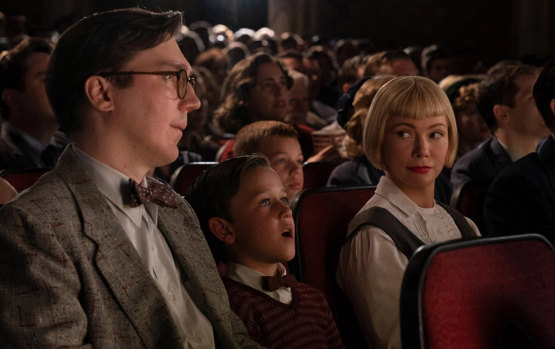 Now 75, Spielberg was up for best picture at the Oscars with 2021’s West Side Story earlier this year.

The Venice, Toronto and Telluride festivals traditionally kick off the Hollywood awards season that will culminate with the Academy Awards on March 13 Australian time.

The Toronto awards were a boost for Australian director Jub Clerc’s Sweet As, a coming-of-age story about a 15-year-old Indigenous girl, which won the NETPAC Award for best Asian feature film from the Network for the Promotion of Asian Cinema.