Starz has released the official trailer for its new series “Run The World” ahead of its May 16 premiere.

Created by Leigh Davenport with showrunner Yvette Lee Bowser, the eight-episode series will follow Whitney Green (Amber Stevens West) as she readjusts to the single life in Harlem after spending her twenties with her college sweetheart. With the help of her loyal, witty, and loving friend group, Ella McFair (Andrea Bordeaux), Sondi Hill (Corbin Reid), and Renee Ross (Bresha Webb), Whitney will be running the world with her girls in no time after plenty of girl talk, liquid courage, and femme fearlessness.

Other confirmed cast members in the comedy include Stephen Bishop as “Matthew,” Tosin Morohunfola as “Ola,” and Living Single‘s Erika Alexander as “Barb.” The series, produced by Lionsgate Television, will be part of STARZ #TakeTheLead commitment, which is the company’s effort to diversify narratives about women and other marginalized groups. 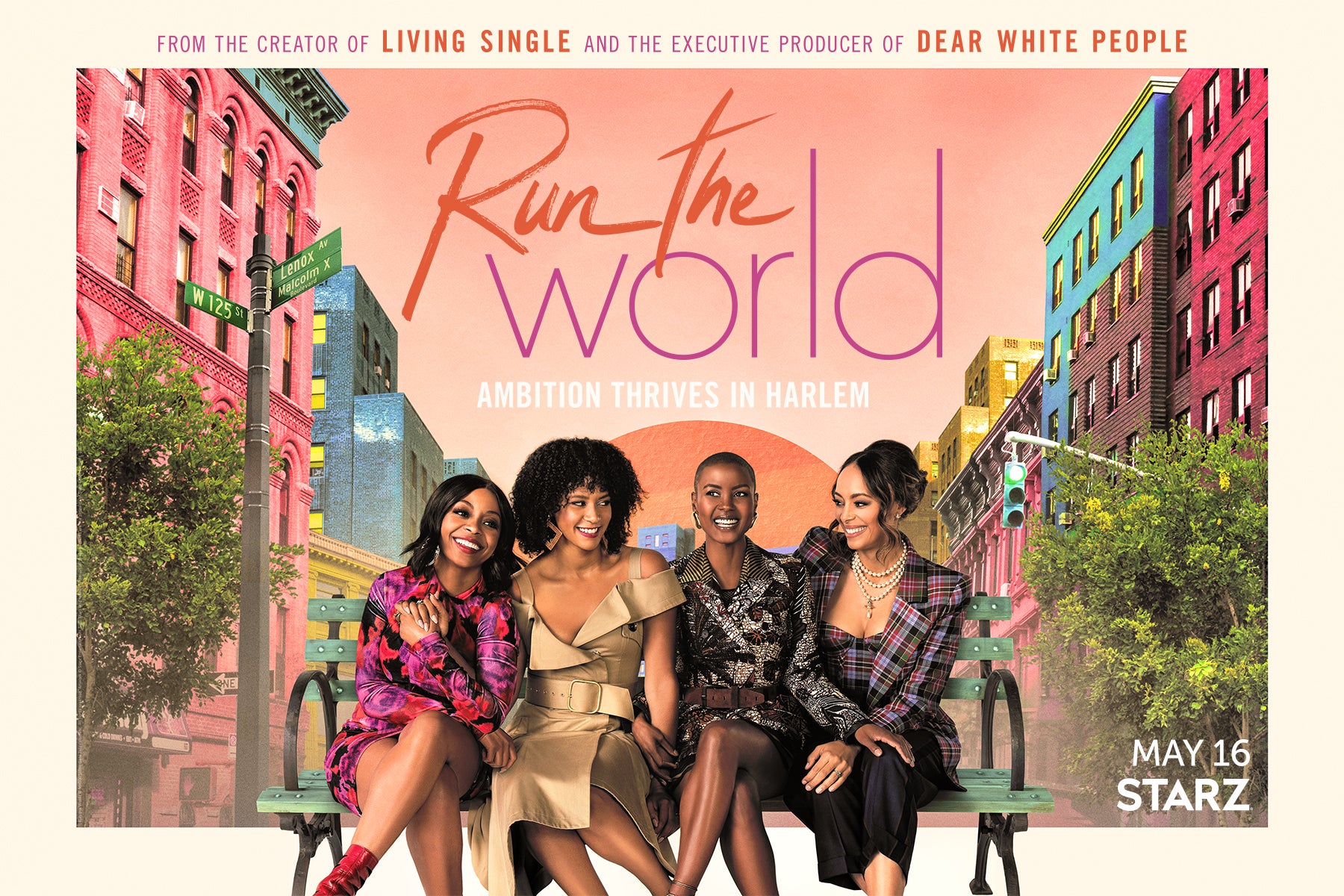