There are only a few sights capable of outshining the Sydney Harbour Bridge on a sparkling day, and 108-year-old Australian dancer Eileen Kramer is one of them.

Emerging from a black Mercedes in a flowing white dress and golden ballet slippers, she greets her friends by name and notes their own beauty: “What a lovely looking group of people”.

Kramer and a dozen or so of her closest friends and fellow dancers gathered at the Bangarra Dance studios at Dawes Point on Monday to celebrate the 108th birthday of one of Australia’s living treasures. 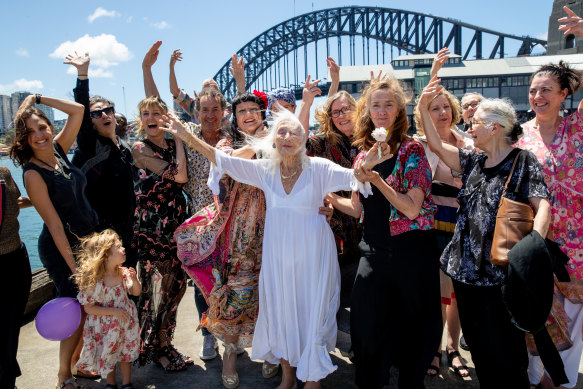 Eileen Kramer celebrates her 108th birthday with her closest friends and fellow dancers at Walsh Bay on Monday. Credit:Edwina Pickles

Born in Mosman Bay on November 8, 1914, Kramer was here before our famous bridge spanned Sydney Harbour, before the Luna Park face looked out onto the water, and before the sails of the Opera House were raised into the city’s blue sky.

She recalls seeing businessmen wearing masks during the Spanish flu outbreak and, more than a century later, being locked down in an aged care home during our current pandemic. But it’s what she has done rather than what she has lived through that makes her life so intriguing.

Kramer was a relative latecomer to dance, joining the Bodenwieser dance company at the age of 24, but her craft took her around the world, from performing dances in India to an encounter with Louis Armstrong in France.

She married twice, losing both husbands, and returned to Sydney at the age of 99. As she’s previously explained, she “wanted to hear a kookaburra – smell a gumtree”.

“Many people leave this world too soon, before they’ve really had time to understand themselves and to invent new ways of being,” she says, on the eve of her birthday. “I am fortunate in that I’ve had 108 years to do it in, and I hope to go on for a few more.”

Choreographer and filmmaker Sue Healey met Kramer not long after her return to Australia, and the pair have been constant collaborators and close friends ever since. Their latest project, a series of three dance films, was made during the pandemic and through this year. Healey says it is Kramer’s “constant state of creativity” that keeps her going.

“That’s why she’s 108,” Healey says. “It’s purely that constant curiosity and desire to make something new out of every day.” 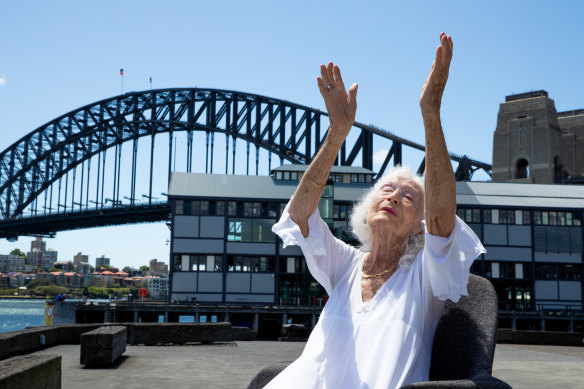 Eileen Kramer performs a dance for a party of her closest friends at her 108th birthday celebrations at Walsh Bay on Monday.Credit:Edwina Pickles

Over the last two years, Kramer was often confined to her room during recurring lockdowns and the looming threat of COVID-19 outbreaks in aged care, but Healey says she approached it with her trademark creative spirit.

“She says that this has been the best time in her life because she’s been able to just think about new things to make. It’s extraordinary.”

Although Healey and her other frequent collaborators already struggle to keep up with the many ideas she throws at them, Kramer says she still has a few dances still to film.

“Dance is my work, and it’s very easy,” she says. “It’s not like spending all day standing behind a counter in a shop or sitting at an office all day, it’s something that actually thrills us.”

Her advice for a long life: “Start dancing early. And keep on until you’re 108.”

11/07/2022 Lifestyle Comments Off on ‘Start dancing early. And keep on until you’re 108’: Advice from Australia’s oldest dancer
Recent Posts