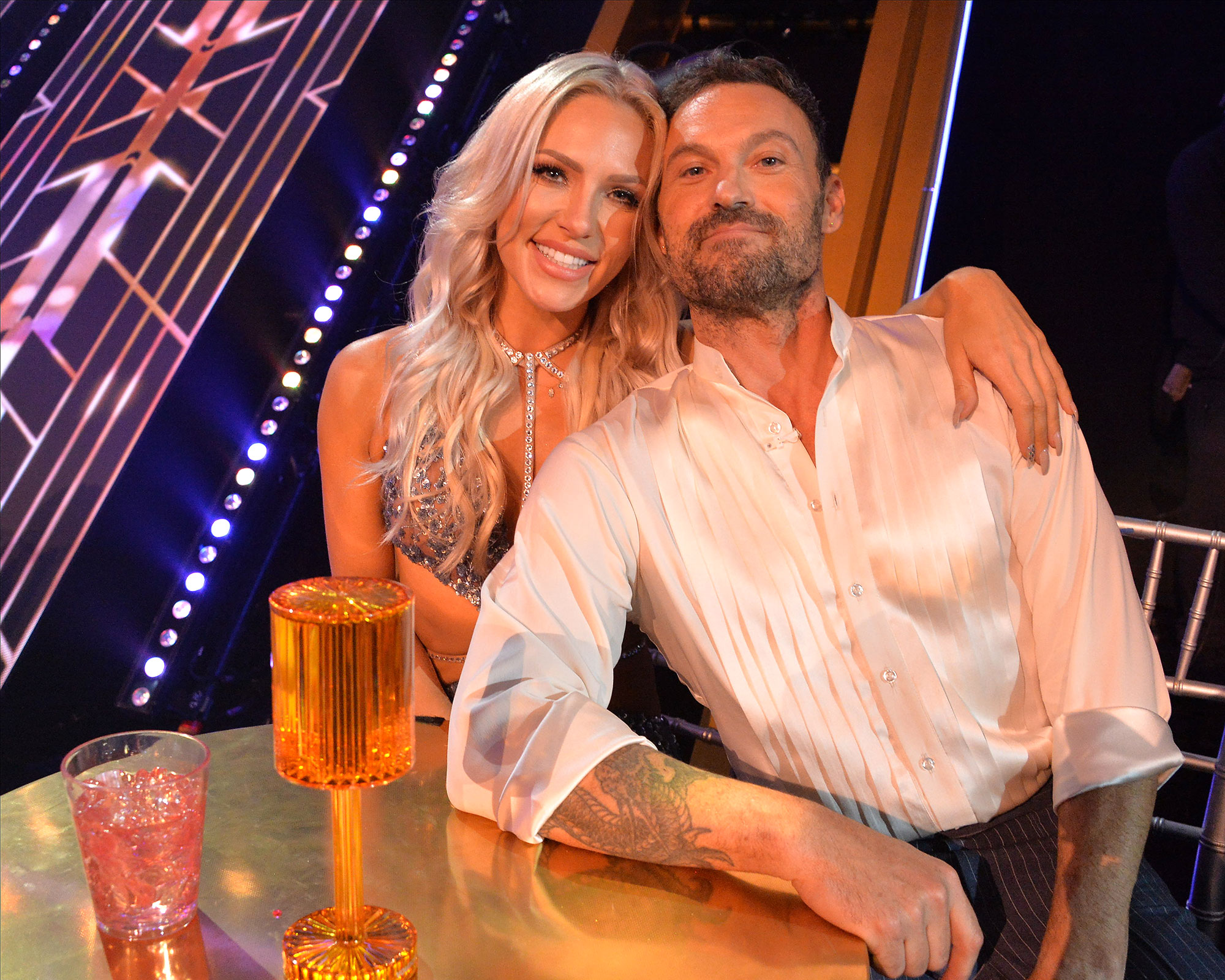 Sharna Burgess and Brian Austin Green were quick to leave the ballroom during the double elimination on Dancing With the Stars, but the real-life couple doesn’t want fans reading into their departure — or lack of post-show interviews.

“I just wanted to clean something up real quick because I think this is said in a couple of press releases, we didn’t leave before press started, we did wait a good 30 minutes on the Zoom link greenroom waiting for everyone to do press,” the 36-year-old Australian pro said in the car with Green, 48, on Wednesday, October 13, via Instagram Stories. “But nothing came through to us, apparently there was a big mix-up with the Zoom links last night. And then we had to go to the people that were getting us out of our wigs and [makeup]. … There were people waiting for us to do that.”

Green interjected, “So we weren’t, like, salty and wanting to f—king storm out of there.” 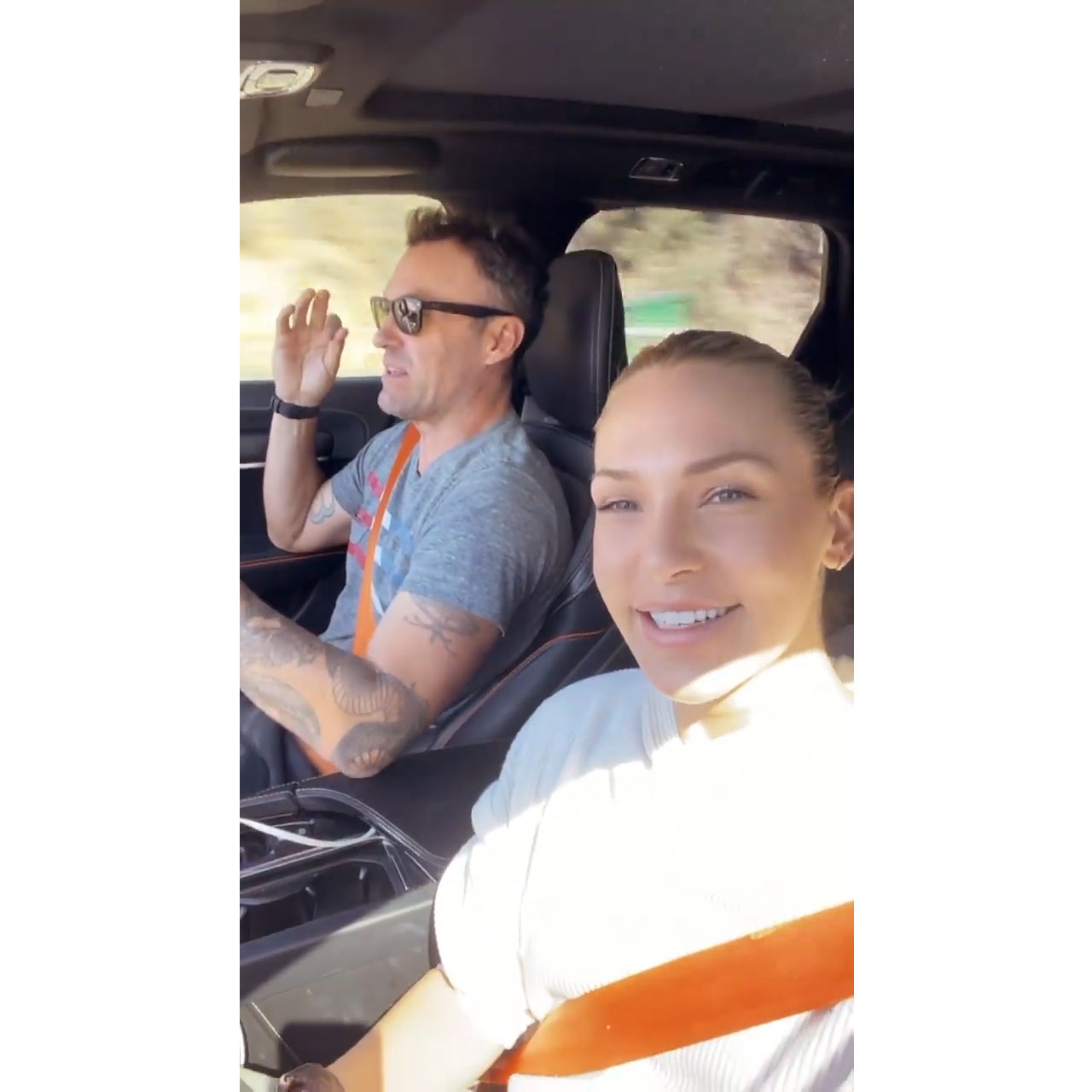 “No one is salty,” Burgess continued. “Everyone in the competition is absolutely amazing and we are deeply grateful for our time on it.”

Dancing With the Stars’ Most Shocking Eliminations: Photos

The Beverly Hills, 90210, alum was eliminated from the ABC show on Tuesday, October 12, along with Bachelor Matt James.

“Thank you so much, everybody, that, like, supported us and voted for us and was there for us,” Green added on Wednesday. “It was really a great experience for us, not just with the people we met, but with the fans that supported us and just getting to dance with each other.”

Burgess agreed and gave a shout-out to her beau’s kids with ex Megan Fox: Noah, 9, Bodhi, 7, and Journey, 4.

“We got to be real-life prince and princess. We have some amazing costumes, we’re going to try and keep, the kids are going to absolutely love them,” she told her followers. “I can’t wait for them to see our Disney dances. And it’s all love and it is all good and we did not skip out on press. We’ve been talking about trying to do a live [on Instagram] maybe later in the week, so we can do a little recap for you guys on our experience, and maybe take some of your questions if you want us to. … For now, we’re just going to enjoy each other today and enjoy not having anything to do rather than that.”

The actor has been dating the professional dancer since late 2020 and has been open about only joining DWTS to spend time with Burgess. During an interview with Us Weekly earlier this month, she admitted that it was a “disadvantage” in the competition to perform with her real-life partner. 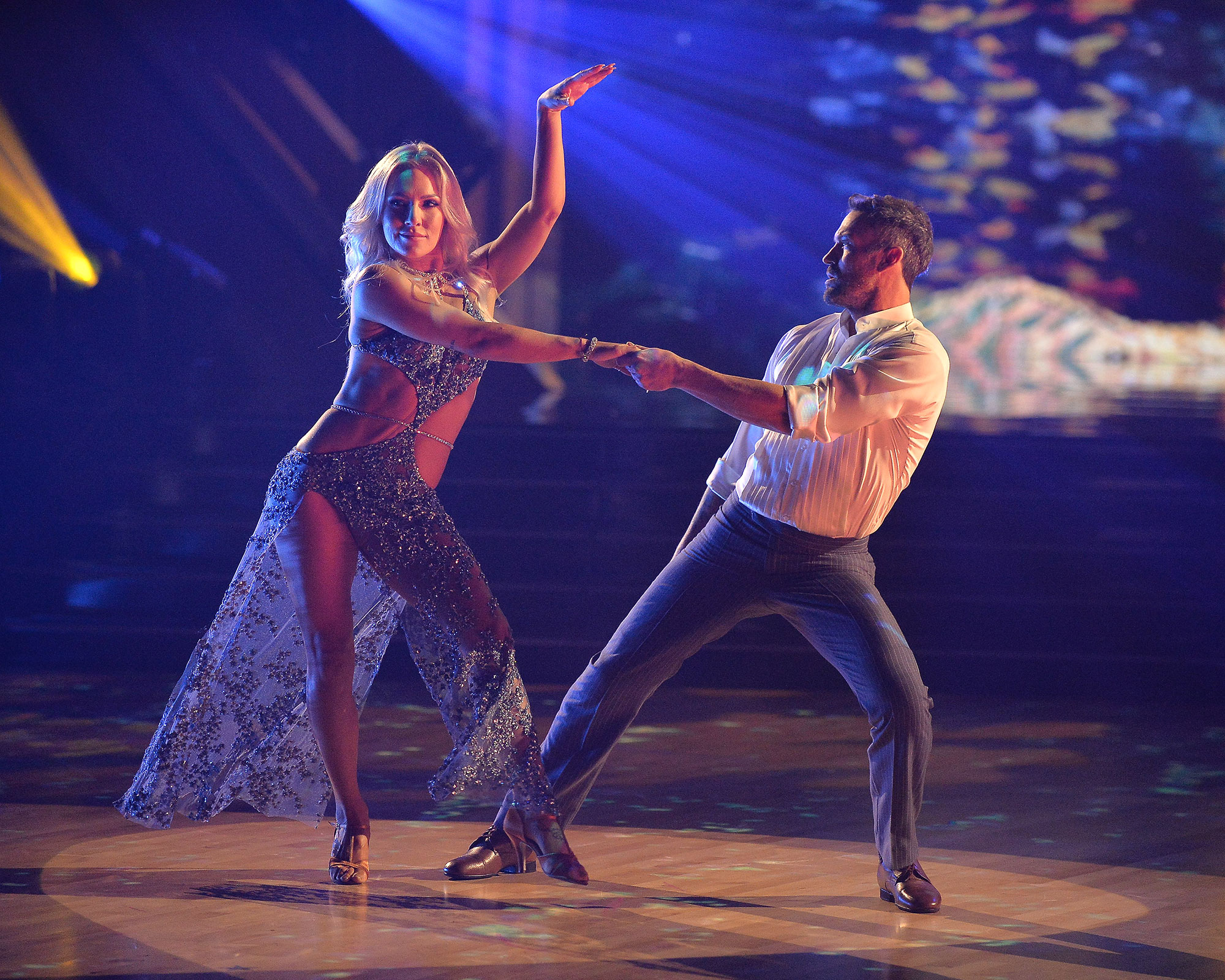 “We have this sensitivity when minding each other’s feelings. We want to make sure our relationship is good outside of it. That’s always going to be a priority for us,” Burgess told Us on October 7. “People are expecting this intense chemistry all the time on the dance floor. And if it’s not there, then people are like, ‘They don’t have chemistry.’ Dance is so different. … We are doing our very best with it.”

During their stint on the reality show, the fans were mixed as the judges criticized them for showing too much PDA in the ballroom.

”Sometimes too much sweetness gives you a toothache,” Bruno Tonioli said during part 1 of Disney night on Monday, October 11. “I know you love each other. I love it and I love you two, but come on.”

Green responded, “I mean it’s Snow White, I don’t know how you don’t love each other.”

Dancing With the Stars airs on ABC Mondays at 8 p.m. ET.

10/14/2021 Lifestyle Comments Off on Sharna Burgess and Brian Austin Green: We Didn't 'Storm Out' of 'DWTS'
Recent Posts