Savvy shopper reveals she bagged £30 of produce for £3 using an anti-food waste app – including fruit, vegetables and cookies

A savvy shopper has told how she managed to get one of Morrisons ‘Magic Boxes’ worth £30 each, for just £3.09 each.

Delighted Zoe Stanyer, 25, from Stoke-on-Trent, explained how she used the Too Good To Go app, which aims to cut down on food waste.

‘I had heard about the Too Good To Go app from the Latest Deals Facebook page and decided to get one as I had seen other people get really good items in them,’ Zoe, a Job Clinical Auditor in the NHS, said, speaking to LatestDeals.co.uk.

‘I managed to purchase two Morrison’s Magic Boxes last Thursday and was able to collect them Friday evening. The pick up was really easy and quick. 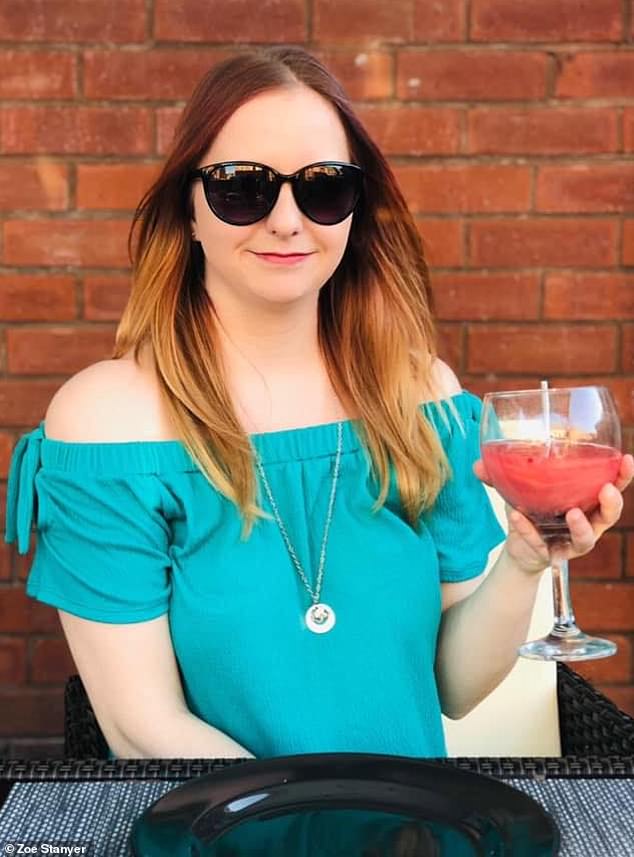 Zoe Stanyer (pictured), 25, from Stoke-on-Trent, claimed she managed to get boxes worth £30 each for just £3.09 each from Morrisons 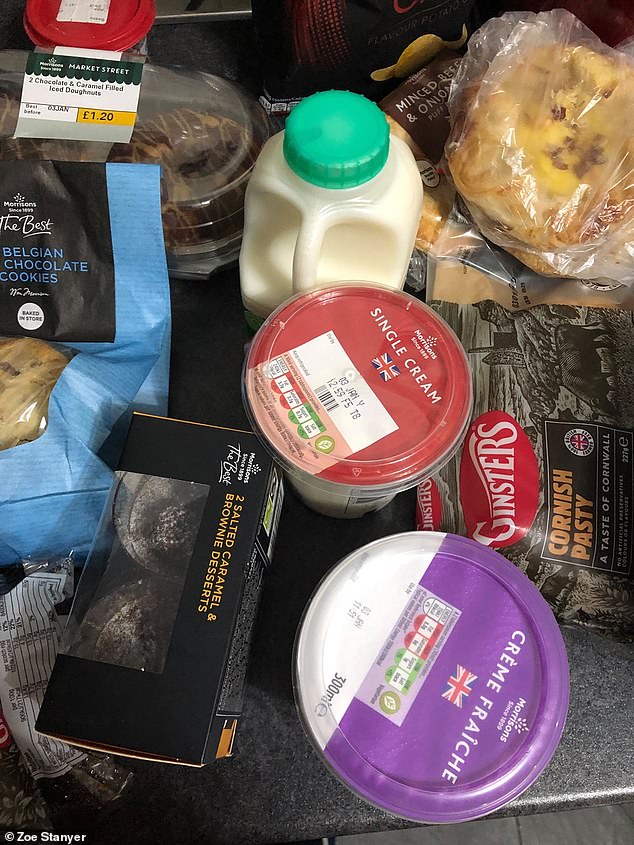 Zoe, a Job Clinical Auditor in the NHS, told how she got the bargain buy after using the Too Good To Go app, which aims to cut down on food waste. Pictured, Zoe’s purchases 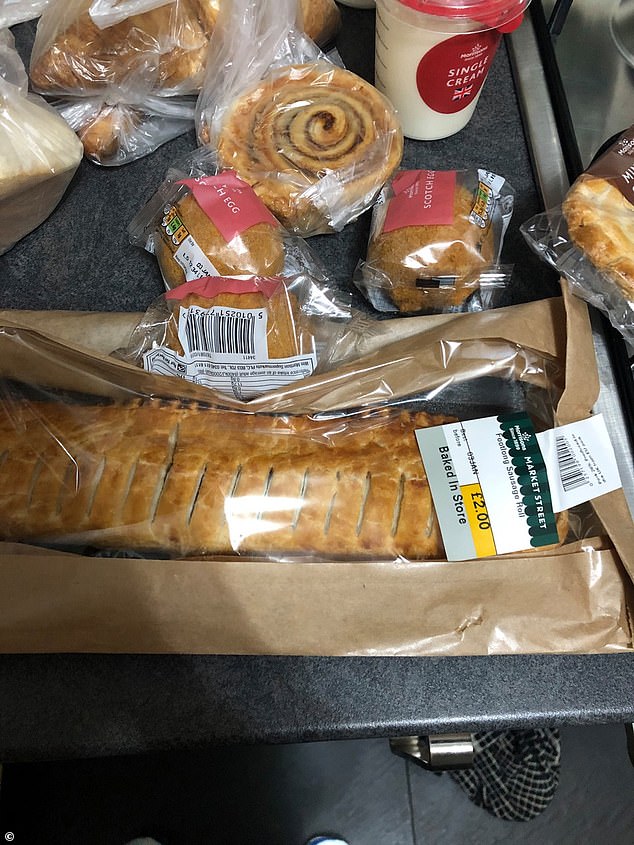 ‘The boxes I got were huge – I was very impressed. I couldn’t believe the size of them as I had only paid £3.09 each.

Zoe reckons the boxes were worth over £30 each, and the food within the box lasted for ages.

‘I worked out I probably saved easily £20 to £30 if not more,’ she added. ‘Some stuff was put in the freezer, while others were eaten over the next few days. I ended up having an afternoon tea with a few friends as there was so much.’ 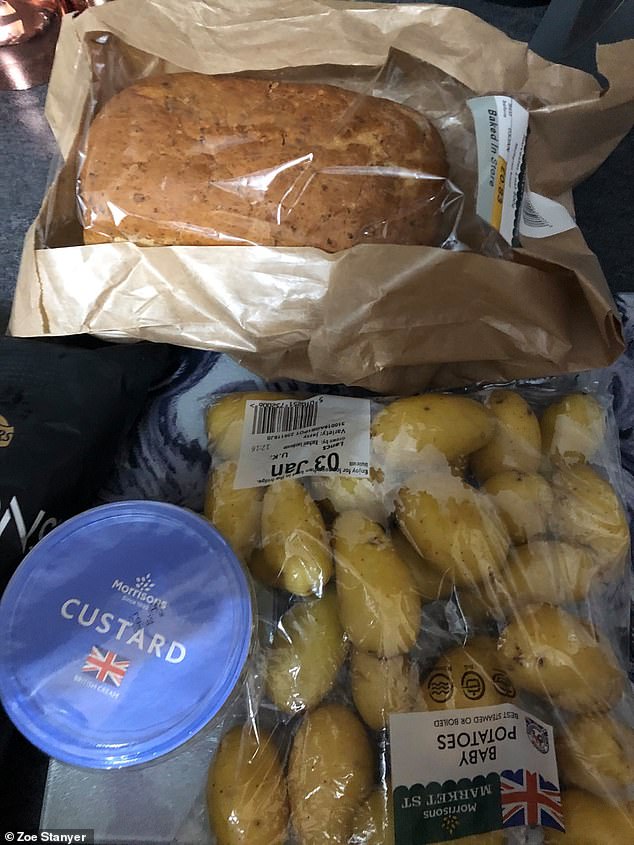 Zoe added the boxes were huge and she ‘couldn’t believe the size of them’ – especially as she only paid £3.09 each. Pictured, bread, potatoes and custard 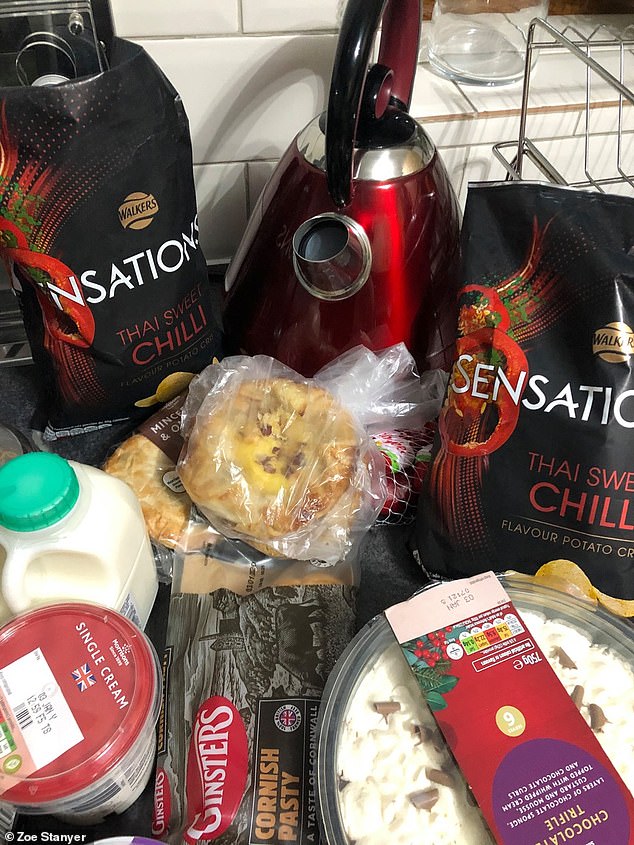 The savvy shopper put some of the food in the freezer, while she ate others over the next few days. Pictures, crisps, milk and pastries

‘The boxes do sell out very quickly so it is just a case of checking the Too Good To Go app daily, however it’s definitely worth it once you get lucky enough to get one.’

‘It would be good to see other supermarkets joining in as it’s a great way to ensure less food gets thrown away.

‘I would highly recommend the app to everyone – I have already got a bunch of friends to download it and they think it’s great too.’

Tom Church, co-founder of LatestDeals.co.uk, commented: ‘Morrison’s magic boxes on Too Good to Go continue to delight, and importantly, to save on food waste.’

‘But it’s not the only way you can cut down: Lidl sells 5KG of wonky fruit and veg boxes for just £1.50 in-store, and if you plan your meals and bulk cook you can use leftovers again and again.’ 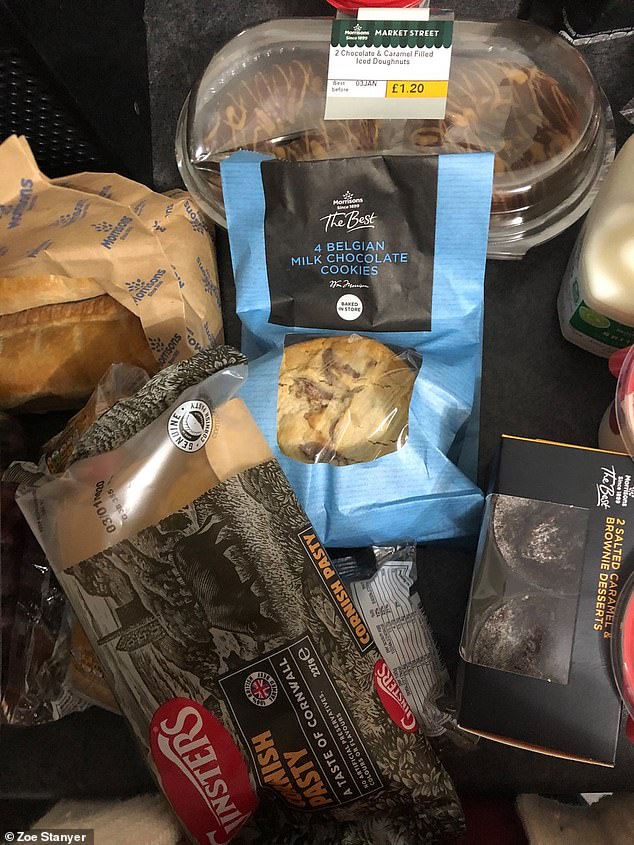 The thrifty shopper recommends the app to everyone – and has already got some of her friends to download it. Pictured, some of the contents in the box 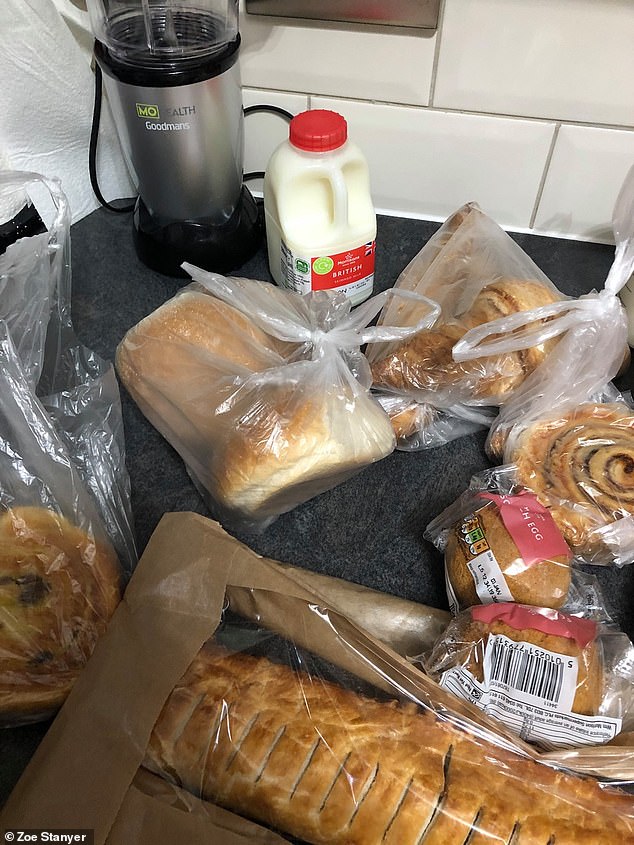 Speaking of the ‘Magic Boxes’ (content pictured), Zoe said it would be good to see other supermarkets joining in as it’s a great way to ensure less food gets thrown away

Related posts:
02/12/2020 Lifestyle Comments Off on Savvy shopper bags £30 of food shopping for £3.09
Recent Posts
We and our partners use cookies on this site to improve our service, perform analytics, personalize advertising, measure advertising performance, and remember website preferences.Ok