ROSS CLARK: This unholy alliance between the NHS and the police will destroy all trust

What fine words start the General Medical Council’s advice to doctors on the subject of patient confidentiality: ‘Trust is an essential part of the doctor patient relationship and confidentiality is central to this. Patients may avoid seeking medical help, or may under-report symptoms, if they think their personal information will be disclosed by doctors without consent.’

It is hard, though, to know where those words fit with the news that police forces have been granted direct access to the NHS Test and Trace database in order to snare anyone they think might be breaching instructions to self-isolate.

As things stand, the forces of law enforcement can only obtain information from the database following a request from a council or health agency which suspects somebody of breaching quarantine measures. 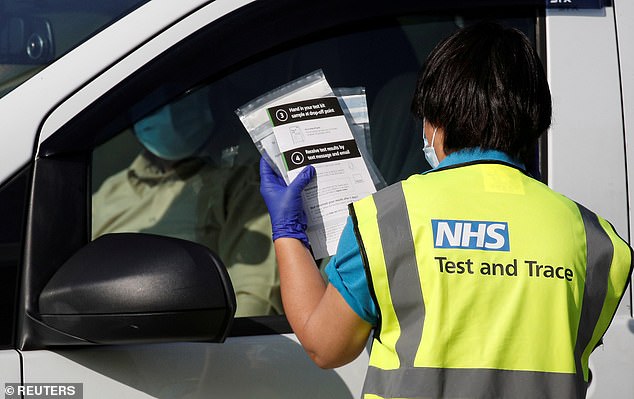 An NHS Test and Trace worker is seen above in Bolton. The overwhelming majority of people obeyed the rules because they understood their purpose. Since the summer, however, the relationship between individual and state has got steadily nastier

But under the new arrangement they will have complete freedom to check on anyone at any time, a move that will inevitably deter people from getting tested for fear of being tracked and fined.

Early in the Covid crisis the level of compliance with lockdown rules was remarkable. Even before the Commons had approved emergency legislation, the public had dutifully retreated indoors.

There was hardly any need to supervise lockdown, and when stories did start to emerge of over-zealous policing, such as officers launching drones to spy on dog walkers or wrongfully telling people they couldn’t sit in their front gardens, they tended to be followed by shamefaced apologies from the authorities concerned.

The overwhelming majority of people obeyed the rules because they understood their purpose.

Since the summer, however, the relationship between individual and state has got steadily nastier. 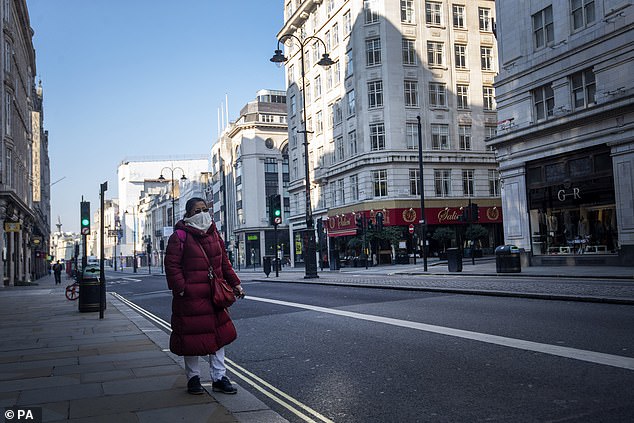 Early in the Covid crisis the level of compliance with lockdown rules was remarkable. Even before the Commons had approved emergency legislation, the public had dutifully retreated indoors. The Strand in Westminster is seen above in March

We are allowed to do more now than we were during full lockdown, yet we are threatened by an ever-lengthening list of bizarrely over-the-top fines: Up to £6,400 for not wearing a mask in a shop, up to £10,000 for leaving your home when you have been told to self-isolate, £1,000 for failing to provide names of you family members to NHS Test and Trace, £1,000 for dancing in a pub, and so on.

And now, this unholy alliance between NHS Test and Trace and the police. Has it occurred to anyone in government that dreaming up ludicrously harsh punishments might be counter-productive?

It is rather as if your GP had invited the local constabulary to poke its nose through their patients’ records to prosecute anyone taking illegal drugs.

I am all for drugs laws, but it doesn’t take much imagination to predict what would happen in this scenario. No one would admit to a drug problem and therefore no drug-user would get any help.

It is the same with Covid-19. NHS Test and Trace relies on public honesty and co-operation – yet it is now undermining that. It amazes me that anyone still bothers to get tested.

We are expected to fiddle around online booking a test slot and drive to a supermarket car park a hundred miles away – only to open ourselves up to the possibility of being fined several weeks’ wages if we later get caught walking the dog on our tenth day of self-isolation.

Everyone knows there is an alternative to conforming with the test and trace system. Don’t report your symptoms, blame your cough on dust mites and decide for yourself when or if you are no longer a risk.

That is hardly public-spirited – on the contrary, it is downright irresponsible. But it is an option which increasing numbers of people are going to take if they are threatened with ever-greater fines enforced by ever-nosier police.

Remarkably, the Government doesn’t seem to have discussed the subject of police access to NHS Test and Trace with its Scientific Pandemic Insights Group On Behaviours. 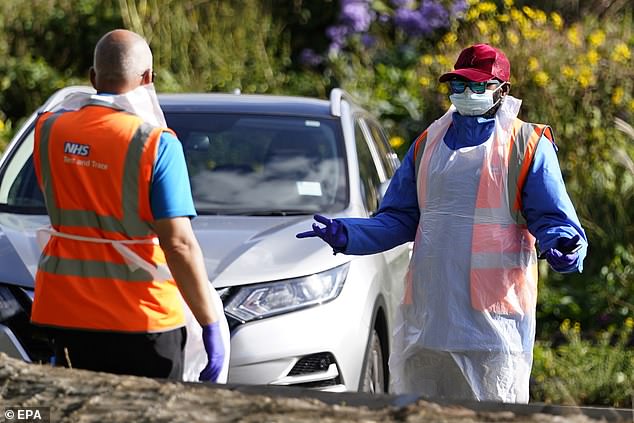 One of its members, Professor Susan Michie, professor of health psychology at UCL, says that she has not been consulted.

It is absurd that so much public good will is being squandered over a system that was doomed to failure from the start.

The Government has pledged to spend £12billion on Test and Trace – all for something that its scientific advisory panel Sage says is making a ‘marginal’ difference to infection rates. It could hardly do otherwise.

Even if everyone who develops symptoms of Covid-19 faithfully reports them and submits for a test, what happens about the people – four out of every five cases, according to some studies – who don’t develop symptoms but who are still infectious?

To catch them, you would need to test everyone, every few days.

Test and trace excites the natural authoritarians who inhabit the Government, the civil service and the police. But it isn’t going to defeat the virus – it will only poison the relations between the public and the state.

10/19/2020 Lifestyle Comments Off on ROSS CLARK: Unholy NHS and police alliance will destroy all trust
Recent Posts
We and our partners use cookies on this site to improve our service, perform analytics, personalize advertising, measure advertising performance, and remember website preferences.Ok