In no rush. Rihanna discussed her decision not to share the name of her son, whom she shares with ASAP Rocky.

Rihanna Through the Years: From ‘Pon de Replay’ to Lingerie

“We just didn’t get around to it yet really,” the singer, 34, said during an interview with the Washington Post, which was published on Monday, November 7. “We’ve just been living. But I guess there’s a certain freedom that comes with kind of just, like, getting it out there.” 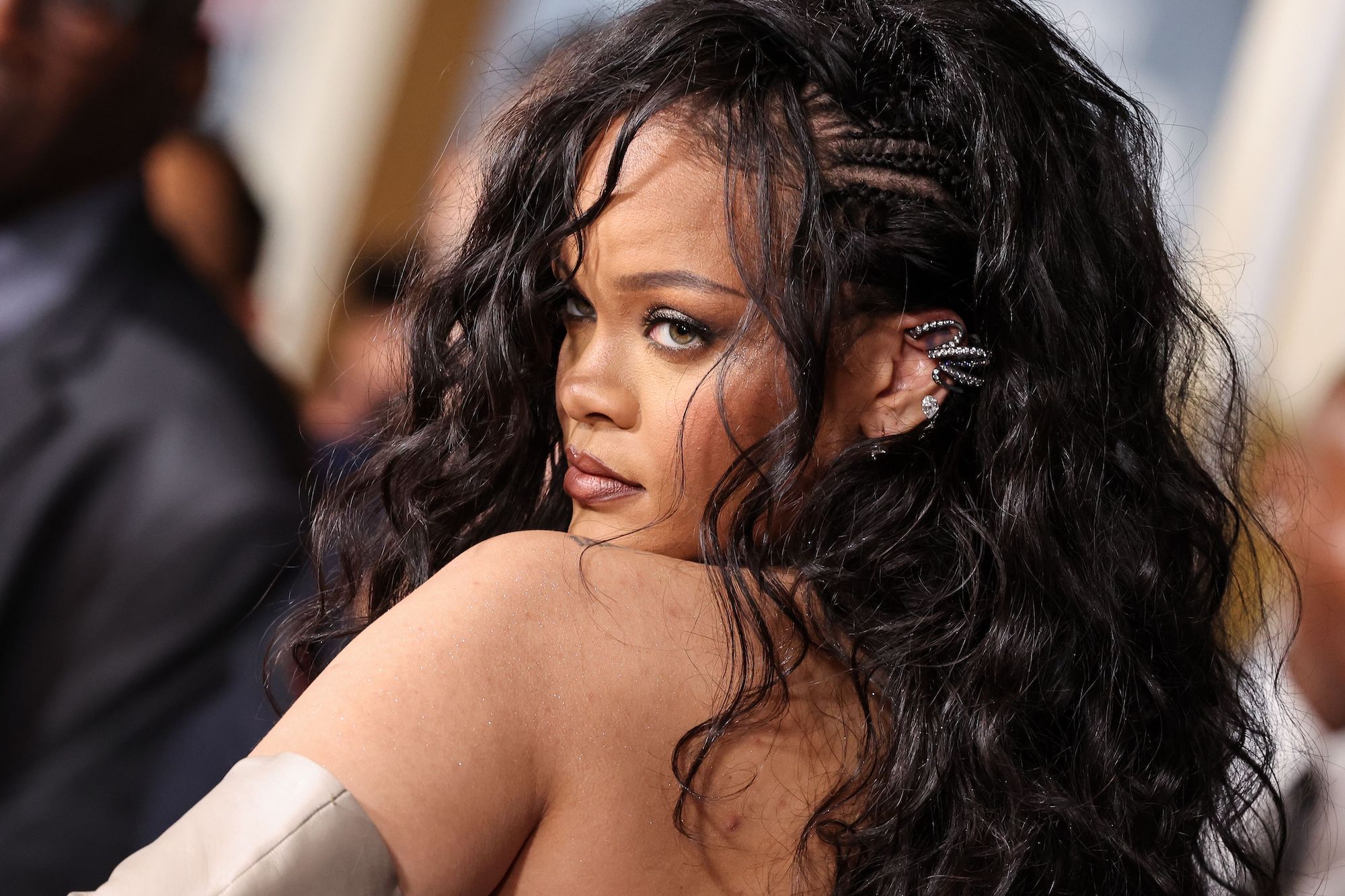 Rihanna noted that motherhood has allowed her to see the similarities between her and her mom, Monica Braithwaite. “It is weird,” the Grammy winner told E! News on Monday. “Even the little things that annoy me about her, I do it. I literally make all of the same faces. I say the same things. I clear my throat the same way. I move my mouth the same way.”

She added: “I either never noticed it or it never happened until I had a baby.”

Rihanna and the rapper, 34, first sparked dating speculation in 2019 after years of friendship. The New York native confirmed their romance two years later when he called Rihanna “the love of my life” during an interview.

At the time, a source exclusively told Us Weekly that the pair were a “good match” for one another. “It’s obvious they’re a couple and also are each other’s best friend,” the insider revealed. “They kid around a lot [and] laugh a lot. They have private date nights together a lot and have a blast hanging out together.”

Rihanna and ASAP Rocky: A Complete Timeline of Their Relationship

According to the source, the Ocean’s Eight actress and the “Sundress” artist were dating “for a long time” but chose to keep their romance private.

“They’re not necessarily hiding the fact that they’re dating — they more so just don’t want people in their business,” the insider added. “They’re two chill people that don’t want that kind of attention, so they show up randomly to a spot and nobody really knows until afterward.”

In January, Rihanna and the musician confirmed that they were expecting their first child together. The Fenty Beauty founder later revealed that the couple were surprised when they found out that she was pregnant.

2000s Pop Stars, Then and Now: Hilary Duff and More

“I wouldn’t say [we were] planning [to start a family],” she told Vogue magazine in April. “But certainly not planning against it. I don’t know when I ovulate or any of that type of s–t. We just had fun. And then it was just there on the test.”

One month later, Us confirmed that Rihanna gave birth to a baby boy.