For many Australians, Hey Hey It’s Saturday is associated with crowding around the telly with friends and family in the 1980s or 1990s, balancing dinner or dessert on your lap, and having a giggle at the show’s slapstick routines.

At the time, the variety show was appointment viewing. Its ratings were strong, the advertising dollars were flowing and celebrities were lining up to take part. But decades after the show’s heyday, TV veteran Daryl Somers has sparked debate about whether Hey Hey It’s Saturday’s jokes about women, gay people and – in particular – racial minorities should be judged by today’s standards. 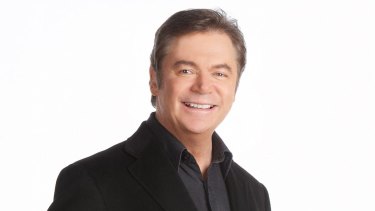 Daryl Somers is an Australian television personality who was born in 1951. He rose to prominence as the host of an early 1970s children’s program called Cartoon Corner before co-hosting Hey Hey It’s Saturday upon its debut. He later became Hey Hey It’s Saturday’s solo host and was well and truly a household name by the time Nine moved the show into prime time (Nine is the owner of this masthead). Somers has won Australian TV’s top gong, the Gold Logie, three times and has had his portrait featured on a series of stamps released by Australia Post.

He hosted Hey Hey It’s Saturday throughout its run and became the show’s executive producer. He took a break from the small screen after Hey Hey It’s Saturday was first cancelled in 1999, but returned in 2004 to host the Seven Network’s Dancing with the Stars. He later hosted several reunion episodes of Hey Hey It’s Saturday in 2009, along with a brand new season a year later, before ratings declined and Nine once again axed the series. In 2009, one of the broadcasts became embroiled in an international scandal after a Michael Jackson impersonator appeared on stage with backup dancers dressed in blackface. American singer Harry Connick Jr, who was serving as judge, gave the act a zero and said “if they turned up looking like that in the United States… it would be ‘hey, hey, there’s no more show.’” Somers is currently filming a brand-new season of Dancing with the Stars for Seven.

What happened this week?

Somers said he “deeply regrets any hurt” experienced by Malaysian-born singer Kamahl during his guest appearances on Hey Hey It’s Saturday. In an open letter, the former TV host acknowledged that some of the material broadcast was “plainly inappropriate” when examined by contemporary standards. Somers went on to say that he and all members of the Hey Hey It’s Saturday team don’t condone racism in any form. The 69-year-old stressed he was proud of Hey Hey It’s Saturday’s record as the longest-running comedy and variety show on Australian television and that he and others “never set out to offend anybody”.

So what prompted this public mea culpa? Well, Kamahl recently revealed that he often felt “humiliated” while appearing on Hey Hey It’s Saturday to promote his music. One skit from the 1980s resulted in the singer being introduced to the sounds of African drumming. In the same guest appearance, voiceover artist John Blackman pretended to be from the show’s lighting department and suggested Kamahl should smile so that the audience could “see him”. On top of that, the singer was doused in white powder while trying to perform and was told that he was now a white man.

In response, Blackman said: “Goodness me Kamahl, 37 years and you’re still ‘humiliated’.” Blackman added that while he cringes when looking back at some past material, he would have stopped making fun of Kamahl’s skin colour had the singer spoken up at the time. To this, Kamahl replied: “Mr Blackman, you of all people know that it’s all about timing.”

Which is to say, he didn’t want to make a fuss at the time (perhaps in case he was never invited back) and also that he was speaking out because he felt like his side of the story wasn’t being told.

Kamahl’s comments came after Somers last week told News Corp it was a “shame” that TV shows couldn’t get away with what Hey Hey It’s Saturday broadcast back in the day, blaming “political correctness and the cancel culture”.

“Our humour was never meant to offend anybody,” he said. “It was always about having fun; good, clean fun, and we don’t have a show like that, that is reflecting the fun any more,” he said.

Why is this important?

There is currently a cultural soul-searching taking place when it comes to race and racism, which is reflected in the the Black Lives Matter movement. There are also conversations about how representations of Asian people contribute to violence against immigrants and people with Asian heritage. More broadly, publishers are grappling with who is best placed to translate a racial minority’s literary works.

These conversations extend beyond race and include, for example, the current anger about the treatment of women in Parliament and more broadly. Some say these conversations – or rather, how they’re being conducted and acted upon – are evidence of political correctness gone mad. Critics argue they are creating a culture of censorship and “cancelling” that hampers freedom of speech. Others are frustrated that change isn’t happening fast enough. Some jump between these two viewpoints on a case-by-case basis. The one thing we can all agree on is change is afoot and these conversations are, while at times difficult, important for the future of our country.

In many ways, the bigger debate isn’t whether the original material was racist. It’s about what we do now that we know, with hindsight, that such material would likely never be broadcast today.

Does an apology go far enough? Should an apology even be made? And what are Australian TV networks doing now to ensure history isn’t repeated? As Somers said in his open letter: “I wholeheartedly support diversity in the Australian entertainment industry and I am committed to continuous learning and development in that regard.”