A RARE 50p that is minted with the design of Kew Gardens on one face has sold on eBay for £142.

The rare coin has a unique design different to your regular 50p, that means it has sold for 284 times more than its face value. 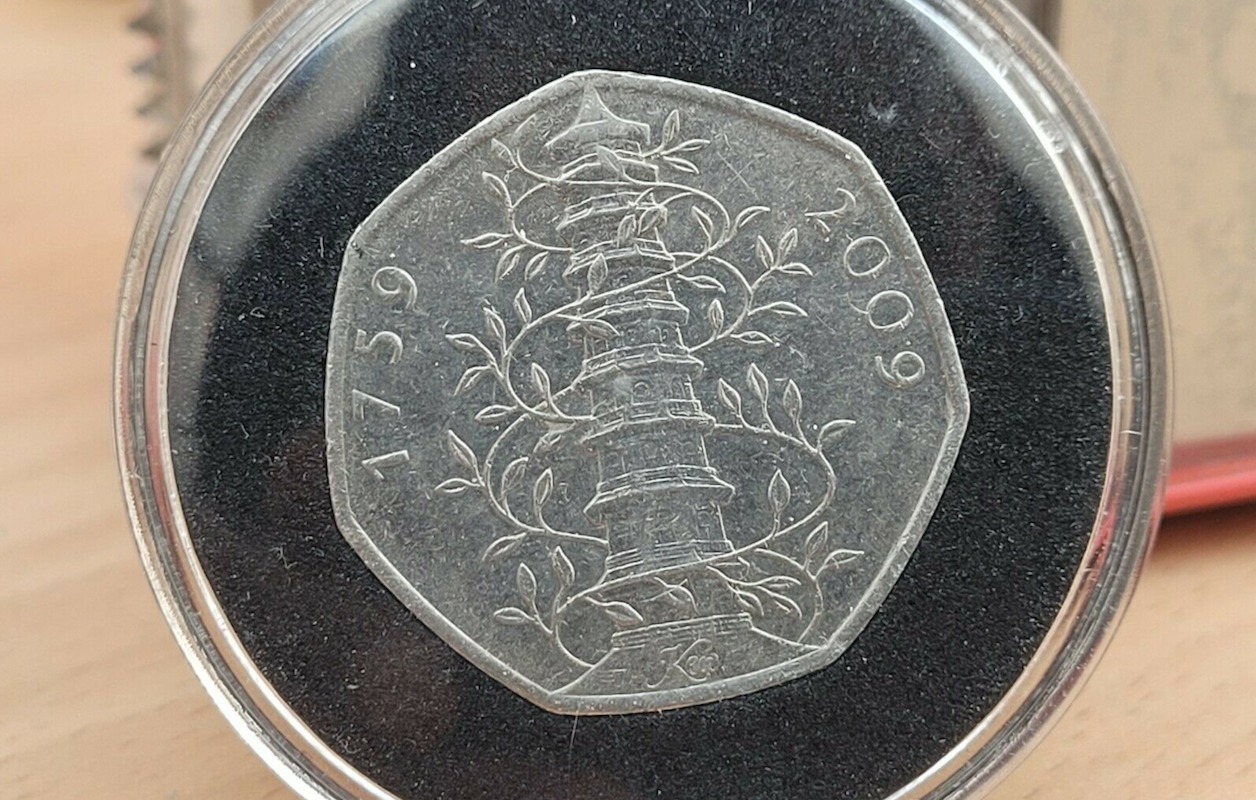 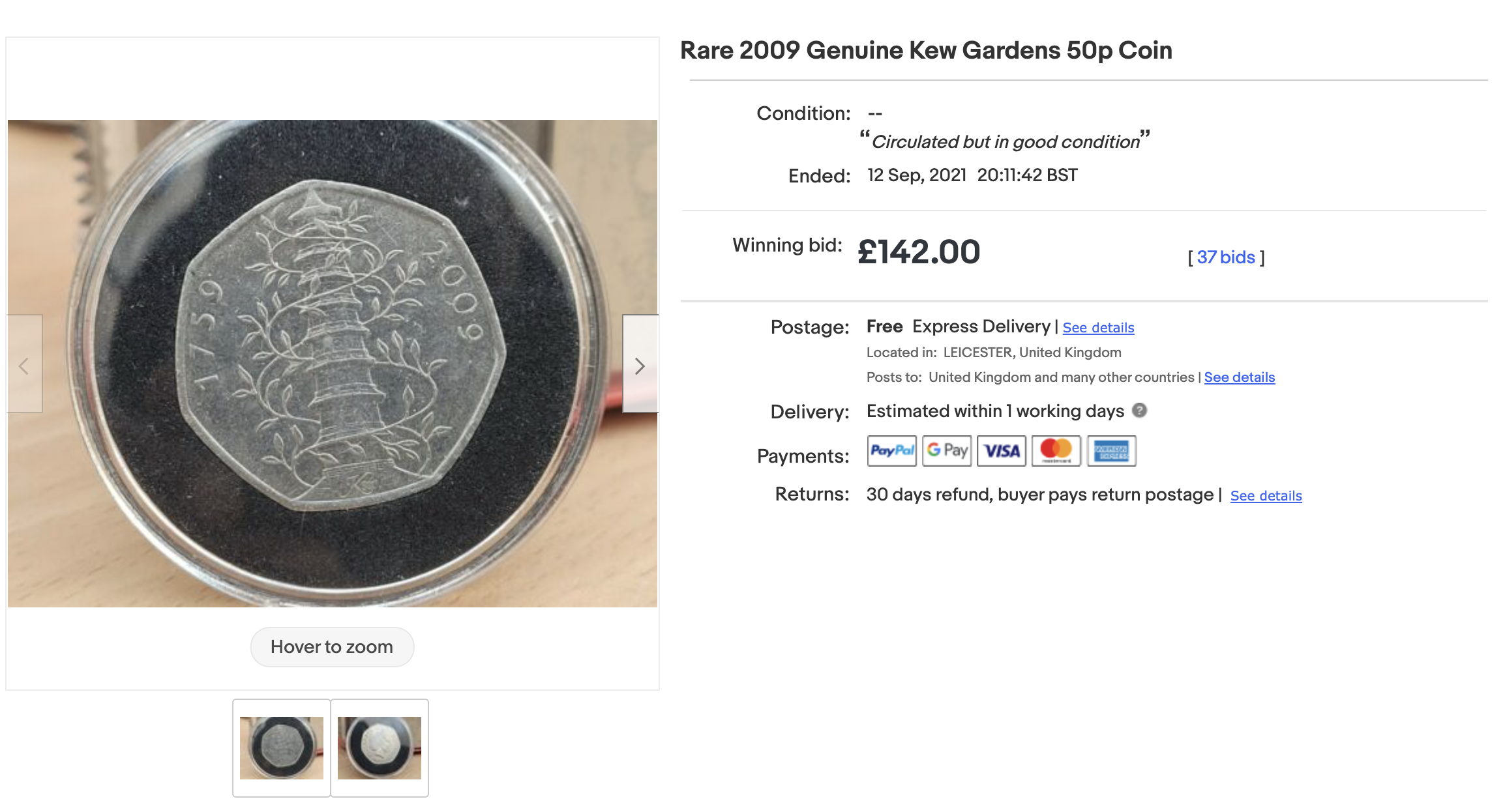 The 50p coin features the Chinese Pagoda at the famous London landmark of the same name and is one of the rarest coins out there because there’s so few of them.

Bidding for this particular coin kicked off at 99p, twice the value of the coin's actual denomination, but 37 bids later one collector walked away with the coin after paying £142 for it.

We’ve revealed how the commemorative coins can fetch high bids before with one instance of the Kew Gardens 50p selling for as much as £707.

Collectors are willing to pay higher prices to get their hands on these as they are so rare.

Experts at Changechecker.org have created a scarcity index that tracks all of the circulating 50p coins.

The most recent update was revealed last month, and declared the Kew Gardens 50p top of the charts once again.

It's been in that spot on the scarcity index for years, as the rarest and most sought after of commemorative coins, even sparking bidding wars amongst collectors on eBay in the past.

The most The Sun has spotted it going for is £707, which we saw on eBay back in February, but we've found the coin being sold on eBay for £310 previously too.

So it's not the most we have seen this Kew Gardens version going for online, but it's still a high value for something you might spot in your wallet.

The rarer type proof coins are the highest quality commemorative coins, so collectors will be double as eager to claim a version.

But in the recent £142 listing, the seller explains that the coin has been "circulated but in good condition", so it's easy to see how anyone could come across the valuable pice in their own spare change.

You could find that you have a similar rare coin in your change, and if that’s the case it could be worth putting it up for auction on eBay as well.

Getting the coin verified by The Royal Mint can also reassure your buyer that they're paying for the real deal – and it could push up the price too.

The number of bids on the listing can help you establish that the coin is the real deal as well.

As this listing had over 37 bids before closing on September 12, it shows collectors were keen, and the seller has a good eBay rating too with over 200 positive ratings on the site.

You can also compare other rare coins on eBay to see how much they have sold for as reference, and check you're not overpaying for a rare error coin.

Plus, online tools from change experts like Coin Hunter are helpful to see how much it could be worth.

These methods will help you be wary of fake coins that may be in circulation.

Remember, if you're selling on eBay then you need to keep in mind that a buyer could pull out as well which means it won't have sold for the price that it says it has.

On some occasions, rare coins with errors can be worth thousands of pounds each too and it's easy for this to pop up in your change as well.