PUBS will finally welcome back customers on April 12 – but what times will chains including Wetherspoons and Green King reopen?

Boris Johnson confirmed the plan for easing the country further towards normality during a Downing Street press conference this week. 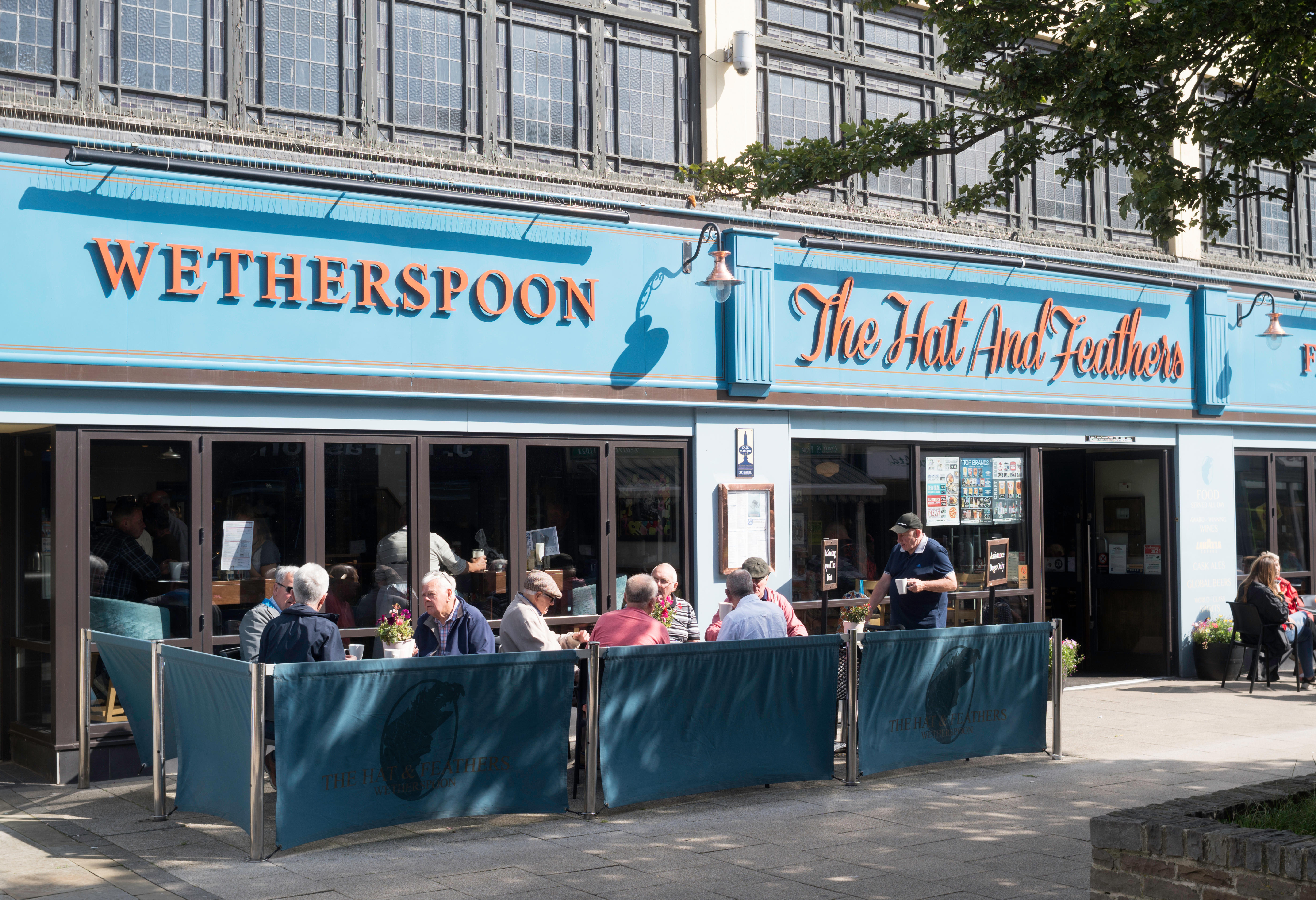 The hospitality industry has been given the green light to reopen to serve food and drink outdoors, as well as takeaway pints from this Monday.

From May 17, businesses will be able to welcome punters inside for the first time in months.

It will be a relief for boozers and drinkers who've not been able to sip on a pub pint since England was plunged into a third lockdown on January 4.

In areas that were placed into Tier 4 shortly after the second lockdown, the hospitality industry has been closed for even longer. 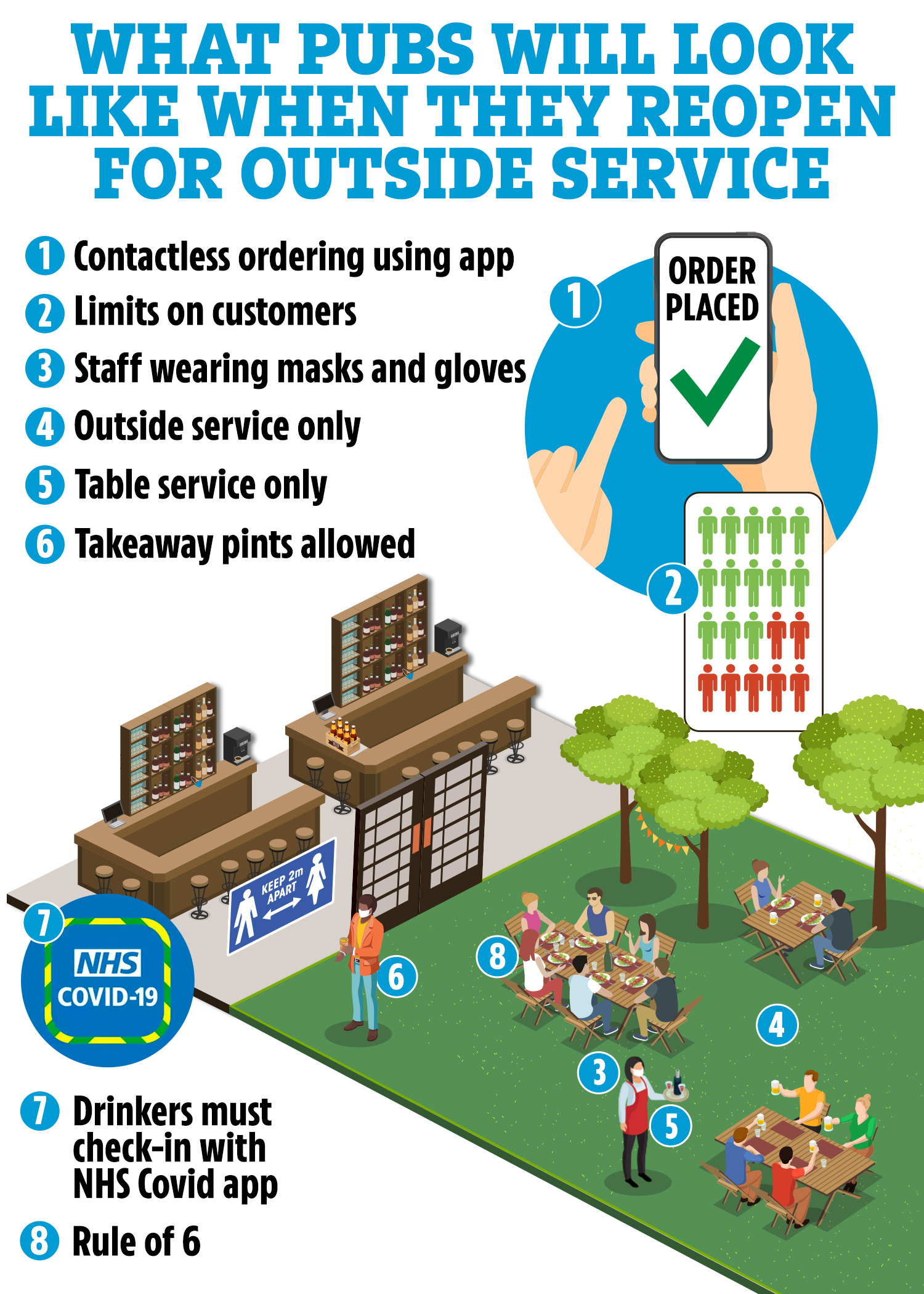 Around 15,000 pubs – 40% of the total in England – will reopen for outside drinking in beer gardens, car parks and even on roads from April 12.

Of the pubs set to reopen, a handful have a 24-hour license – and they're planning to reopen from midnight, as long as they're allowed to.

In July last year, pubs were allowed to reopen from 6am after lockdown.

Below we round up opening hours of the major pub chains.

Fuller's, Marston's, O'Neill's and the Stonegate Pub Company are yet to confirm their opening hours, so we'll update this article once we hear back.

Greene King told The Sun its pubs will open at their usual times.

These will vary depending on licensing rules, but you can find the details on each pub's website.

For example, one London pub in Greenwich will be open between midday and 11pm Monday to Thursday, midday until 12am Friday and Saturday and then midday until 10.30opm on Sundays.

While another in London's Manor Park is open 11am until 9pm Monday to Wednesday and 11am until 10pm Thursday to Sunday.

The chain plans to reopen 442 pubs on April 12, which represents around a third of its estate where there is outdoor space available.

You can find your nearest local on the Greene King website.

Wetherspoons has confirmed its pubs will reopen at 9am on April 12.

Customers will be able to sit in beer gardens, rooftop gardens and patios at 394 Wetherspoons branches.

Wetherspoons has 875 pubs in total across the UK, but not all have outdoor space so some won't be able to welcome back customers until later.

Punters will be able to order drinks and food although they will be running a reduced menu while some restrictions remain in place.

Young's told The Sun its pubs will open as usual on Monday, with no early openings.

Opening times vary depending between locations, but they typically open their doors from 11am.

You can find your nearest Young's pub by checking its website.

Young's said it is already taking bookings and has seen a huge up-tick in the number of people wanting to secure a place in its boozers when they open.

Customers can book via the free app, pub website, over the phone or via email by entering in their postcode.

Punters will have to follow a strict set of rules when pubs and restaurants do open again.

Even for outdoor bookings, boozers must only offer table service and social distancing will still need to be observed.

In better news, the hated 10pm curfew will be scrapped and drinkers won't have to order a substantial meal with their alcohol, putting an end to the Scotch egg debate.