The royal family is well-known for their prim and proper ways. But for every rule follower who wouldn’t dream of breaking protocol, there’s at least one naughty rebel who attracts attention with their antics.

For a long time, that rule breaker was Prince Harry, the royal family’s resident bad boy. Over the years, the Duke of Sussex was caught dressing like a Nazi officer at a Halloween party, playing strip poker, and was part of plenty of other scandalous events. It’s a far cry from the reserved family man that Prince Harry is now.

But Prince Harry isn’t the only one who’s been raisingeyebrows for rule breaking. Princess Eugenie, the daughter of QueenElizabeth’s son Prince Andrew and Sarah Ferguson, has also done a few shockingthings in her time. 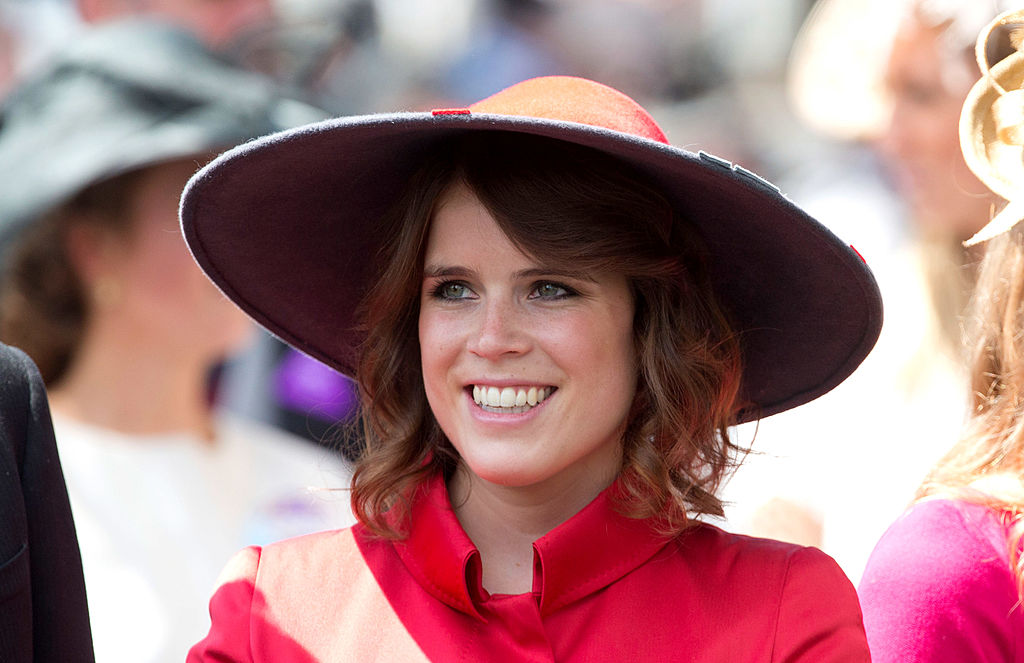 Princess Eugenie was a hardcore partyer in her younger years

Eugenie is far from the only royalfamily member who likes to cut loose and party, but she is one of thewildest. At the age of 18, Princess Eugenie was a familiar face on the partycircuit, frequenting nightclubs and lap-dancing bars while wearing skimpyoutfits. At one point she even askeda bouncer if she could have a try at pole dancing on stage, which he declinedunless she had ‘formal training.’ 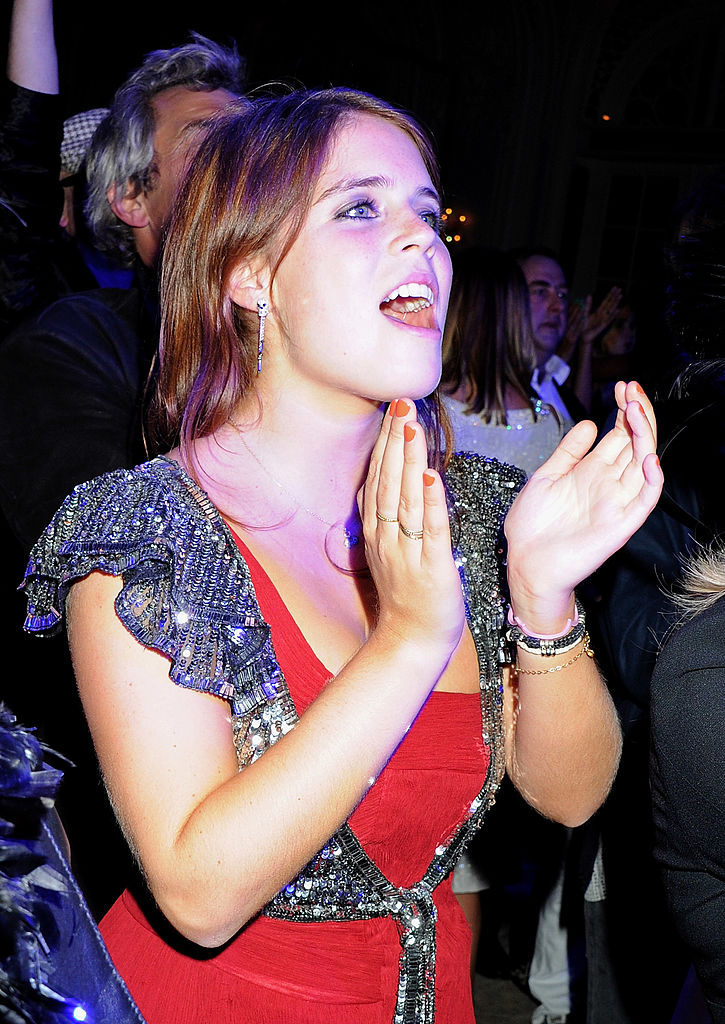 Her mother Sarah Ferguson (“Fergie”) was known for loving aparty, too. Apparently that gene transferred to Princess Eugenie, who never lether royal family status stop her from having a good time.

Princess Eugenie has come a long way since then and is now amarried woman. She wed Jack Brooksbank in a lavish royalwedding ceremony on October 12, 2018 at St. George’s Chapel at WindsorCastle. Fans are anticipating a baby announcement any day now.

But just because she grew up and matured it doesn’t meanPrincess Eugenie left behind her rebellious ways entirely. Even her wedding hada few subversive details, like how she skipped the royal tradition of having amulti-tiered Christmas-style fruitcake for her wedding. Instead, Eugenie optedfor the more common red velvet and chocolate flavoring. 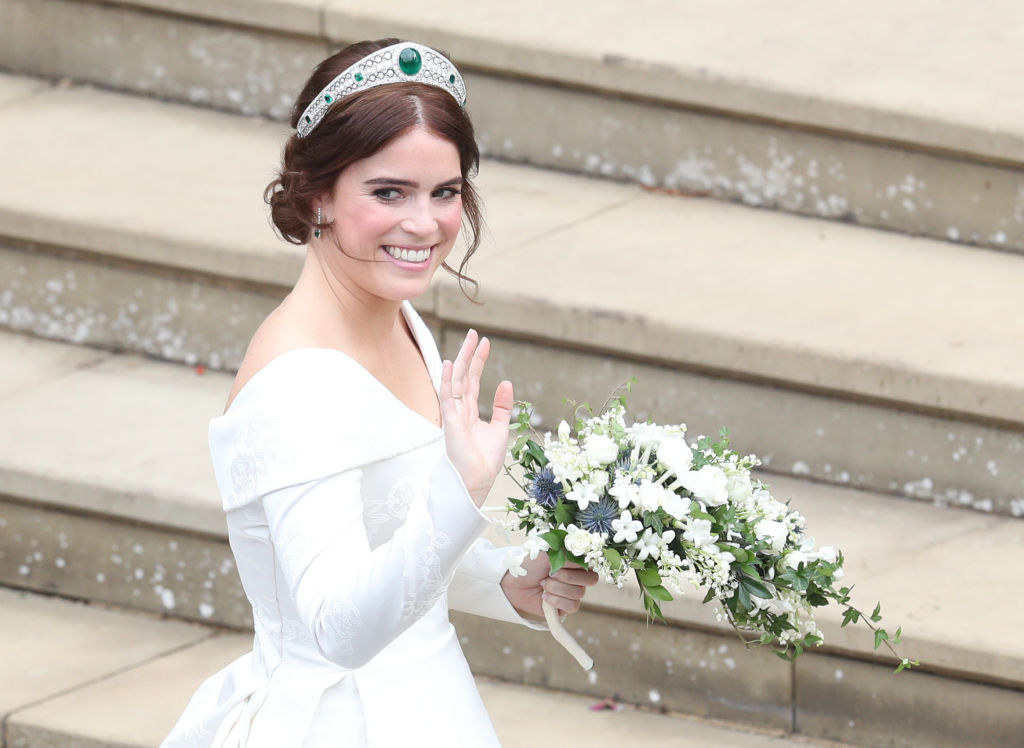 Her wedding dress also didn’t follow the rules. The open backexposed alot of skin and then she opted not to wear a veil, which is customary inthe royal family.

There’s a royal rule in place that proper ladies shouldnever be caught in public with bare legs and no pantyhose, though some of theyounger women commonly ignore this custom. Princess Eugenie has been spotted sansstockings on more than one occasion, proving again she doesn’t follow everyrule. 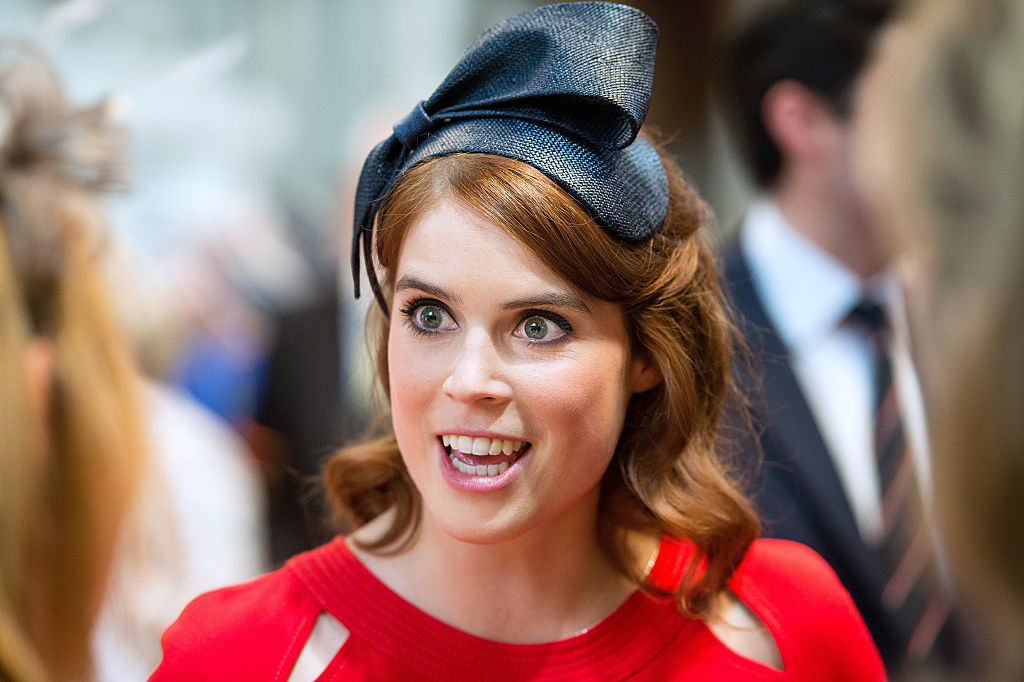 She’s also not afraid to show off her sense of style. Princess Eugenie has a reputation for choosing over-the-top hats for royal occasions that some people claim steal too much attention. Princess Eugenie further bucks royal protocol by wearing black outfits when she’s not attending a funeral and putting on low cut or otherwise revealing outfits.