Prince Harry, 36, had the difficult task of announcing his Invictus Games would be postponed for the second time amid the coronavirus pandemic. The tournament was originally planned to take place last spring but was postponed due to COVID-19. The rescheduled Games had been due to take place in The Hague from May 29 to June 5 but has now been pushed back to Spring 2022.

The news was announced in a moving video which featured a montage of former and current Invictus Games competitors urging people to stay upbeat despite the pandemic.

The Invictus Games foundation charity tweeted the emotional montage with the message: “Marking the announcement of the postponement of the next Games, our Patron The Duke of Sussex joins #InvictusGames competitors past and present in a message of resilience in looking ahead to when the Games can happen again.”

In the clip, which appears to have been filmed at Prince Harry’s Montecito home in the USA, the Duke’s voice is interspersed with that of other Invictus competitors as they share lines.

Prince Harry says: “To the keyworkers on the frontlines in the battle against the pandemic, we are with you. 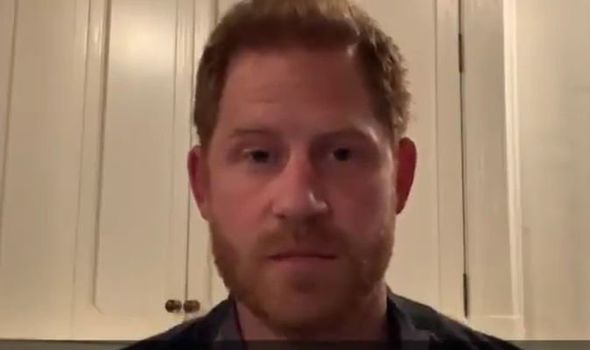 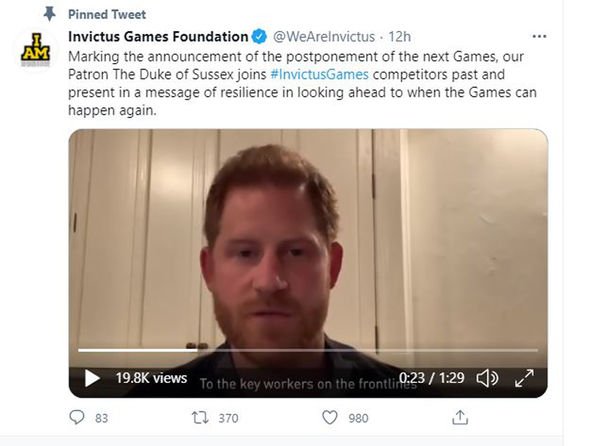 The Duke added: “And when the world is ready…” at which point one of the other competitor’s voices takes over from Harry to continue the message.

The competitor says: “…we will compete with all we have.”

Body language expert and author Judi James analysed the new clip of Harry for Express.co.uk and shared her findings.

Judi claimed the Duke “got himself out of a difficult spot” by using “self-diminished” body language during the communal message. 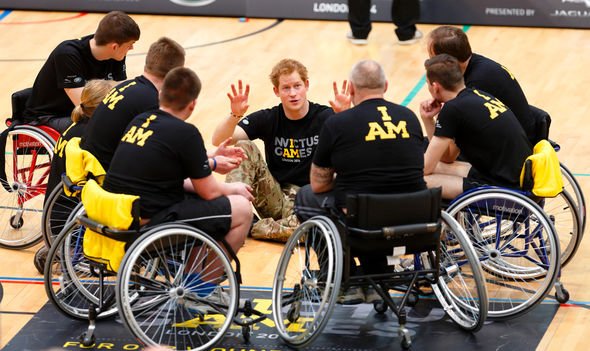 The expert said: “This powerful and emotive video places Harry in a difficult spot initially as, nestling in between clips of past and present heroes of the Invictus Games who appear almost as warriors, pointing, posing and being seen during their personal sporting challenges to create a narrative of strength and resilience against the odds, the Prince is pushed up with them and his scripted line ‘It’s who we are’ appears to place him in the same super-hero league.”

According to Judi, Harry used a gentle voice and subordinate gestures in order not to overshadow the sports heroes.

She said: “Fortunately for Harry he skillfully offsets this impression by delivering the line with a complete lack of posturing, using a very soft vocal tone and raised brows plus a self-diminished posture to avoid elevating himself to the ranks of the sporting greats.”

Judi added: “Harry is on safer ground with his next lines which are aimed at praising the ‘key workers on the front line in the battle against the pandemic’.

“Harry again keeps his delivery soft but allow himself a lower jaw-jut to signal a determination to fight on their behalf.”

In an official statement about the Games’ postponement, Prince Harry, Invictus Games Chair Mart de Kruif and Sir Keith Mills said: “We are Invictus: from the communities that host and cherish the Games, and the competitors who display unshakeable resilience and commitment as they prepare for and participate in the Games, to the families and network of supporters who support these men and women on their journey to competition.” 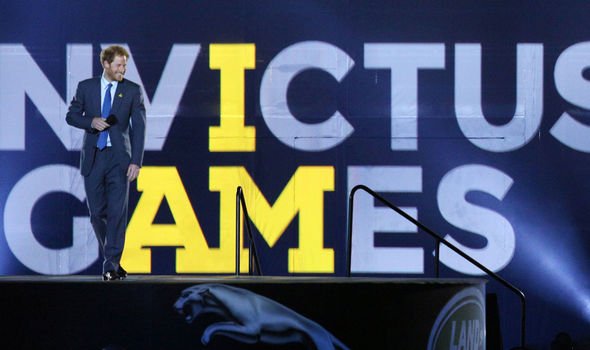 The statement added: “For so many around the world, the Invictus community included, COVID-19 has changed our expectations, hopes, and plans.

“But our unwavering mission is one bound by resilience and community – and that mission will continue to shine through between now and Spring 2022, when we hope to see everybody in person again in The Hague.

“For now, we are continuing to plan programming, opportunities to connect safely during the foreseeable future, and ways to infuse the spirit of Invictus in your own communities over the coming year.