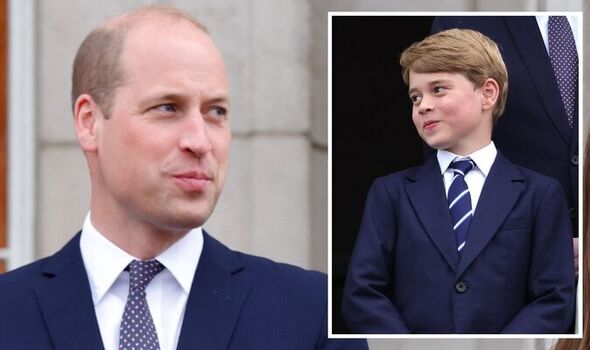 Prince William was given a few titles by the late Queen as a wedding gift in 2011 when he tied the knot with Kate Middleton. Members of the Royal Family are bestowed with hugely important official titles and styles that date back centuries.

But what fans may not realise is royals such as Kate, Princess of Wales or Sophie, Countess of Wessex do not just have one title – but several.

For example, King Charles’ full and official title is: “Charles III, by the Grace of God, of the United Kingdom of Great Britain and Northern Ireland and of his other realms and territories King, Head of the Commonwealth, Defender of the Faith”.

Following the death of the Queen, Prince William inherited a number of senior titles from his father as he became the 27th Prince of Wales.

However, when Prince William married Kate in 2011, the late Queen granted the couple the titles of The Duke and Duchess of Cambridge, The Earl and Countess of Strathearn and The Baron and Lady Carrickfergus.

While these three titles still belong to him, there is a high chance Prince George will inherit them one day.

The heir to the Duchy of Cambridge is currently Prince George, but whether or not he will inherit the title depends on when his father inherits the throne from King Charles and when George eventually marries.

If Prince George becomes the Prince of Wales earlier than expected, it is possible that Prince Louis could become the next Duke of Cambridge.

However, if George inherits his father’s title, Louis could become the Duke of York, which is traditionally held by the second son of the monarch.

Why is the Duke of Cambridge title deemed “unlucky”?

The Duchy of Cambridge was first created during King Charles II’s reign in 1660, and Prince William is the eighth person to hold the title.

The title is tainted by sadness as within 17 years of the title’s first creation, there had been four different tragedies associated with the title bearer.

During the reign of King Charles II (1660-1685) the first Duke of Cambridge was his eldest nephew, Charles Stuart, however, he died at the age of just six months old.

The next holder was his younger brother, James Stuart who was granted the title in 1664. However, tragedy struck when the royal was just three-years-old as he died from either smallpox or the bubonic plague.

The King then made his third oldest nephew, Edgar Stuart, the Duke of Cambridge in 1667 but he died at the age of three.

The fourth title holder was their younger brother, Charles Stuart who once again died very young at just 35 days old.

The title was not used again until 1706 when Queen Anne made George Augustus (the future King George II) the fifth Duke of Cambridge.

The title was then reissued by King George III to his seventh son, Prince Adolphus in 1801. The title eventually passed to the Prince’s son, Prince George in 1850 and became extinct after his death in 1904 as his marriage had violated The Royal Marriages Act of 1772.

Ahead of his wedding to Sophie Rhys-Jones in 1999, it was reported that Prince Edward was offered The Dukedom of Cambridge by his mother, the Queen.

But he was said to have turned it down in favour of becoming The Earl of Wessex.

This is because he reportedly wished to be named after the Lord Wessex character from his favourite film, Shakespeare in Love.