Much of the time, vandalism is a nuisance—but every once in a while, a creative mind turns the act of graffiti into an opportunity to get a good laugh.

Social media users have been sharing the hilariously creative efforts of vandals online in a Reddit thread  r/MildlyVandalised.

And now BoredPanda have complied a collection of the funniest posts into a viral-picture gallery.

Instead of sticking to run-of-the-mill vandalism, the pranksters have taken it upon themselves to at least insert a touch of humor into their creations. 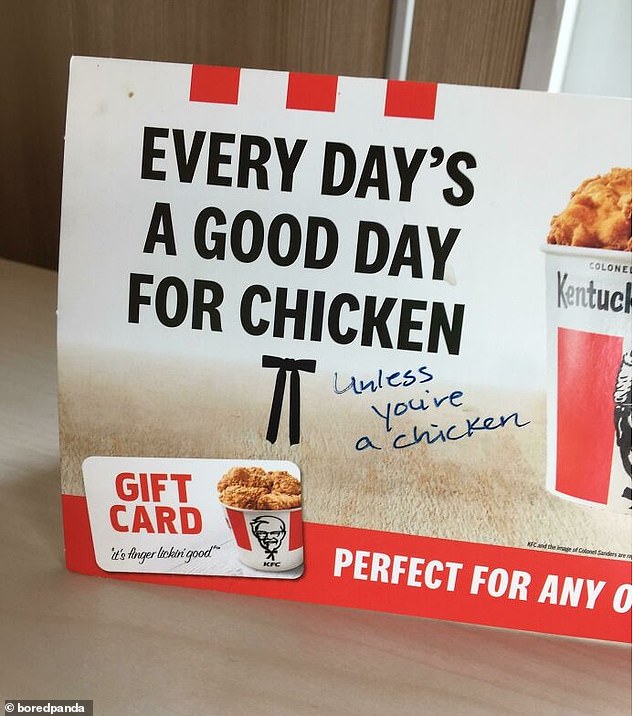 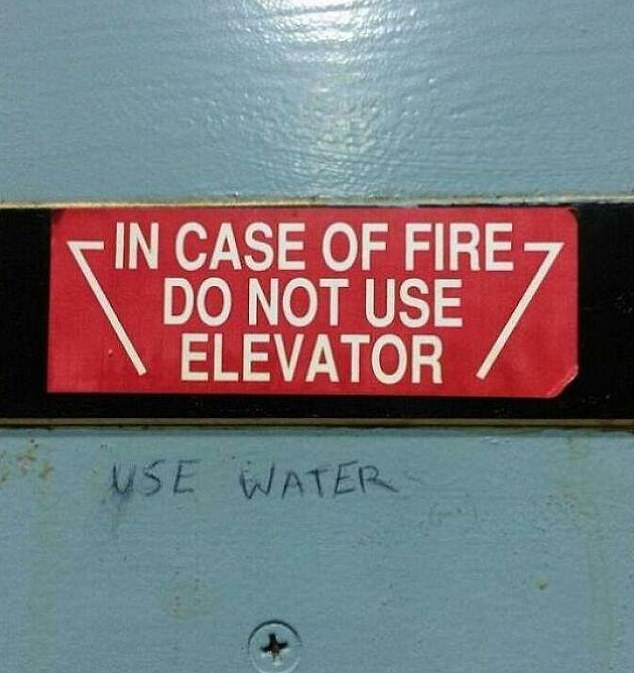 One witty vandal, believed to be from the US, couldn’t help but scribble a playful note beneath this warning sign 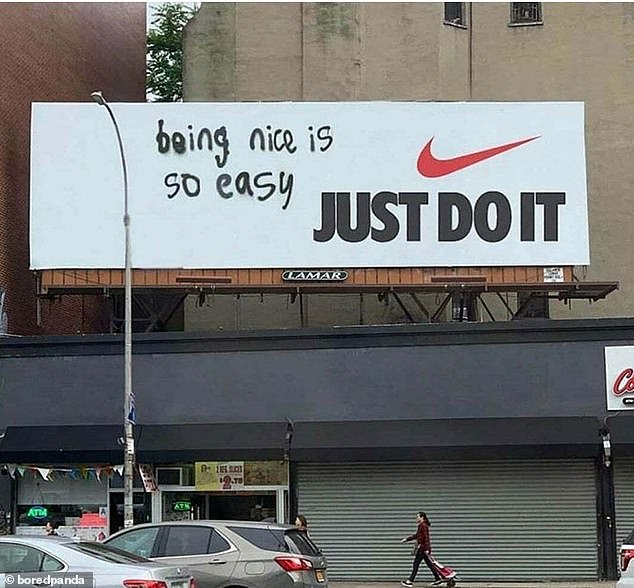 One person, believed to be in the US, shared a snapshot of a vandalised billboard featuring a Nike tick with an added reminder 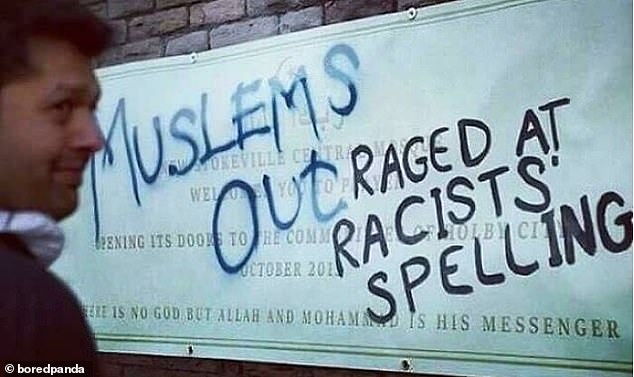 One playful prankster, whose location is unknown, turned a piece of racist graffiti into an amusing moment 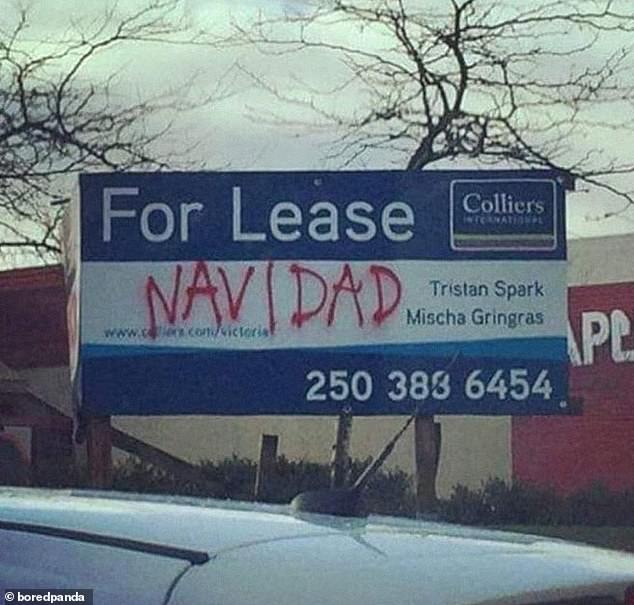 Feeling festive! One person, believed to be in Australia, shared their efforts to add a little humour to a property leasing sign 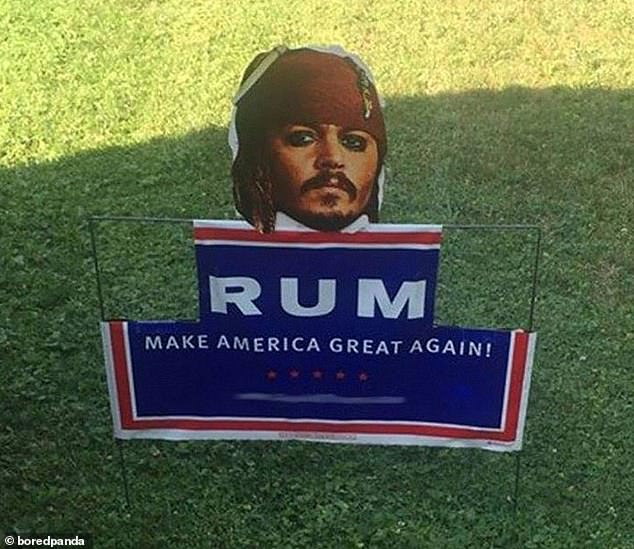 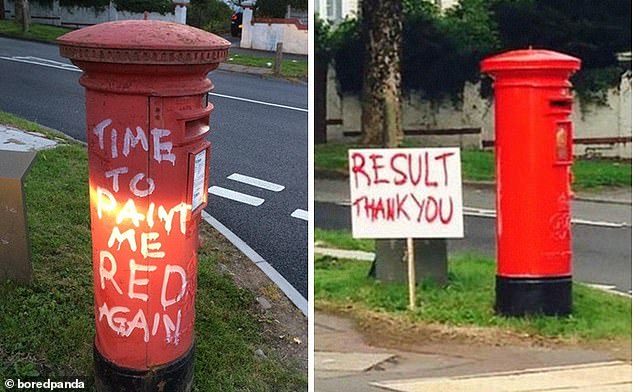 That’s one way to put a request! One vandal, from the UK, was pleased after the council responded to their bold demand 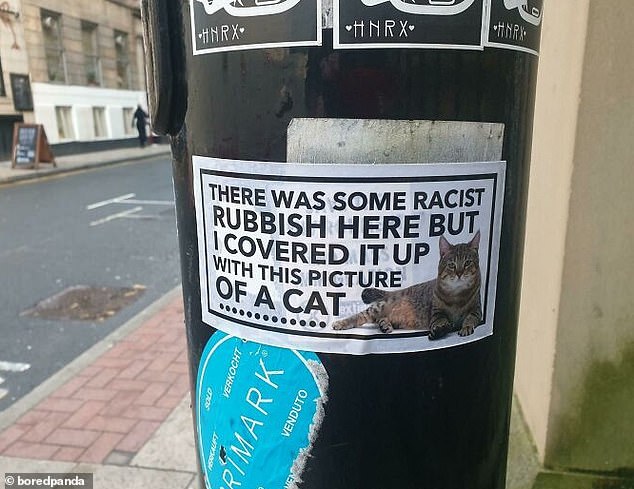 One catlover, from the UK, covered up a racist sticker which had been plastered onto a lamppost with a picture of an adorable kitten 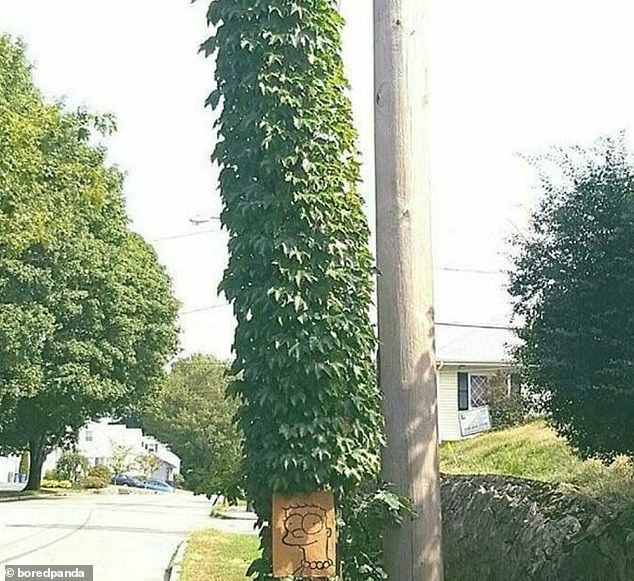 Doh! Another prankster, whose location is unknown, couldn’t help attaching a cartoon of Marge Simpson to this hilariously shaped tree 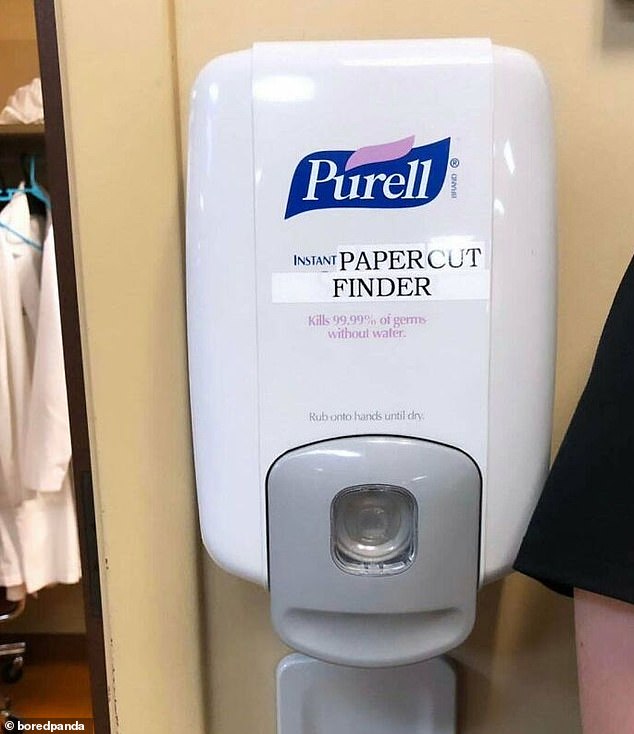 Ouch! One social media user couldn’t help but share a very timely piece of vandalism they had discovered while shopping 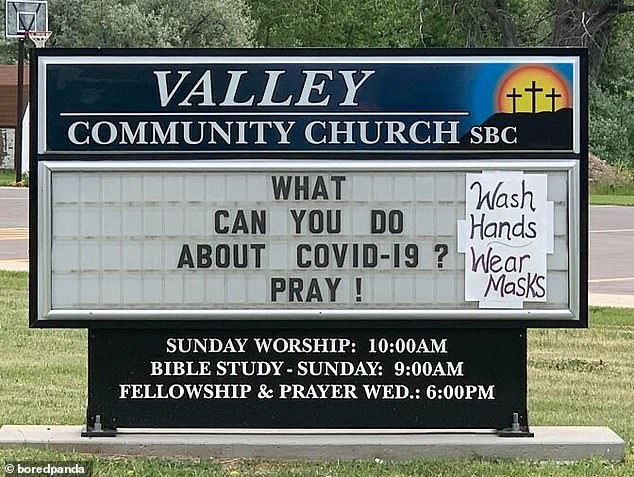 But can I offer you some practical advice? One person, believed to be in the US, was left chuckling after spotting a piece of mild vandalism on a church sign 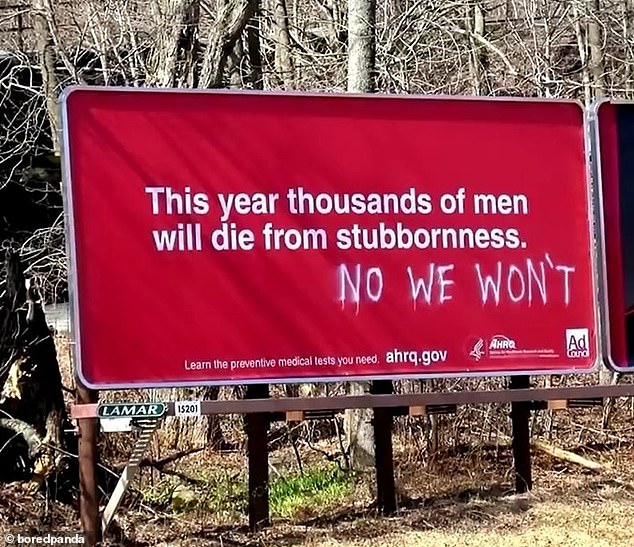 We swear we’re not stubborn! Another person, from the US, couldn’t help but share one hilarious piece of graffiti on a billboard 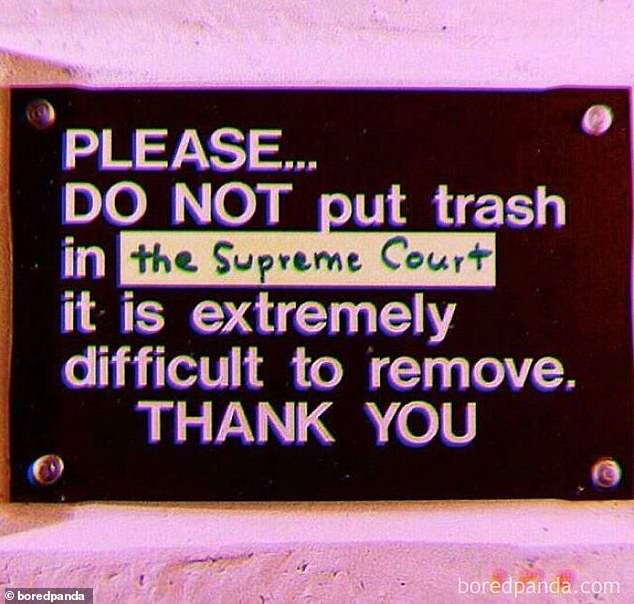 Another person, from the US, shared a piece of humorous vandalism after someone added a small sticker to a sign 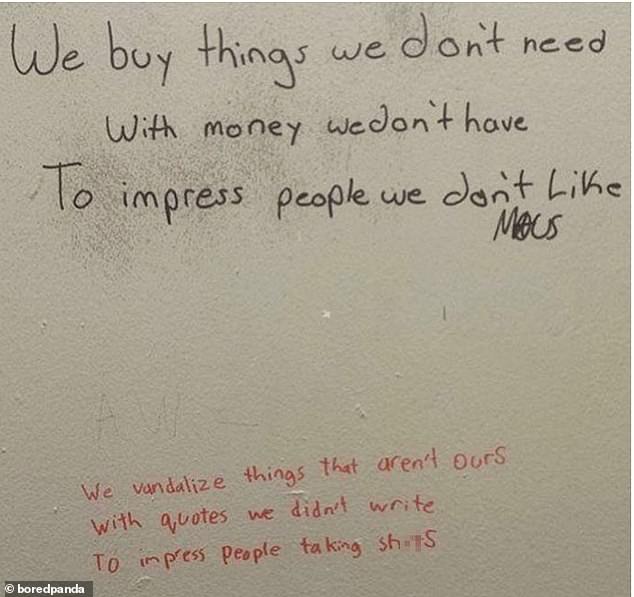 What a comeback! One vandal, believed to be in the US, ended up in a tit-for-tat with another prankster about scrawling notes on a bathroom wall

11/14/2020 Lifestyle Comments Off on Playful vandals show off creative skills by defacing public property
Recent Posts
We and our partners use cookies on this site to improve our service, perform analytics, personalize advertising, measure advertising performance, and remember website preferences.Ok