Not for the mantelpiece! Parents reveal their children’s funniest drawing fails – including a wolf’s misplaced tail and a crude looking cannon

Viewers were left in hysterics during a segment on This Morning on Tuesday when people across the UK were encouraged to send in their children’s drawing fails.

In a post on social media, the popular TV show penned: ‘The kids drawing fails you’ve been sending in are quite possibly the funniest things we’ve ever seen!’

And it wasn’t long before parents from across the UK took to the comment section to show off some of the masterpieces they’ve been gifted over the years.

From a crude looking cannon to a wolf’s misplaced tail, these amusing images won’t be making it on the fridge anytime soon. 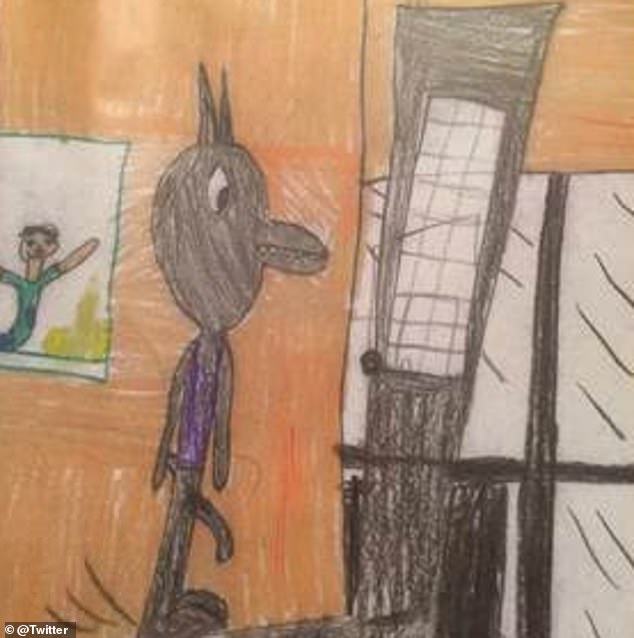 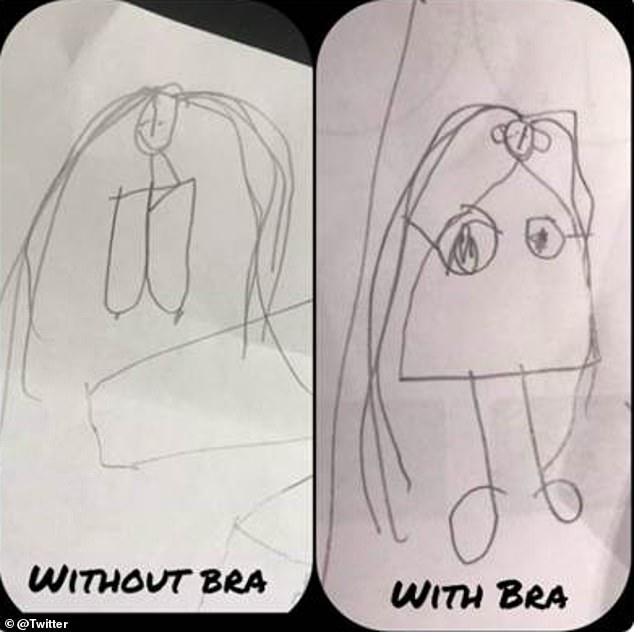 Another parent who got in contact with the show via Twitter shared the picture her daughter drew of her – boobs and all! 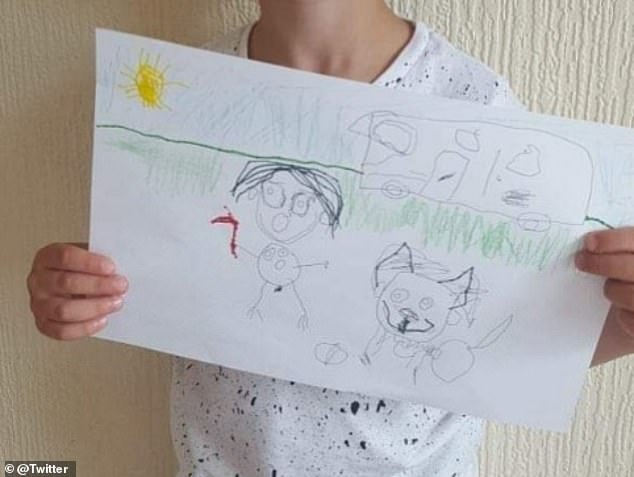 A further shared a picture drawn by her four-year-old grandson which supposedly shows her in a motorhome with her dog. However, zoom in a little closer and her boobs, belly button and ‘daisy’ are also invisible 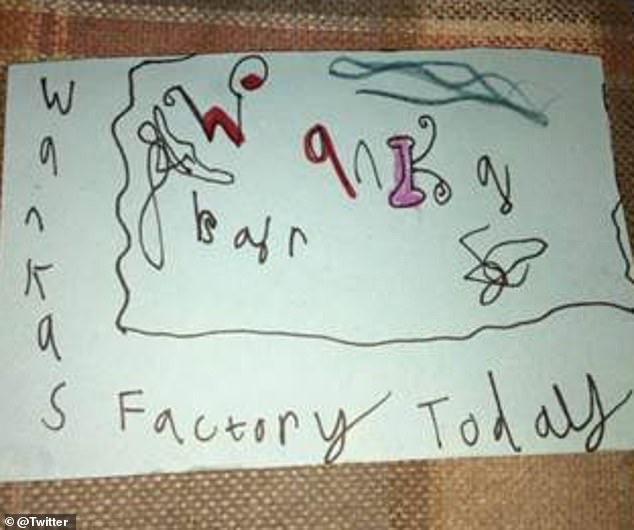 Believe it or not, this Charlie and the Chocolate Factory-inspired drawing is supposed to represent a Wonka Bar 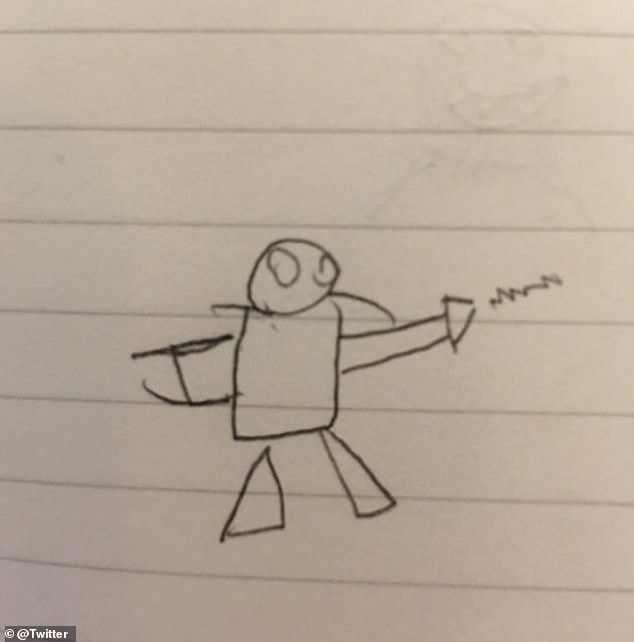 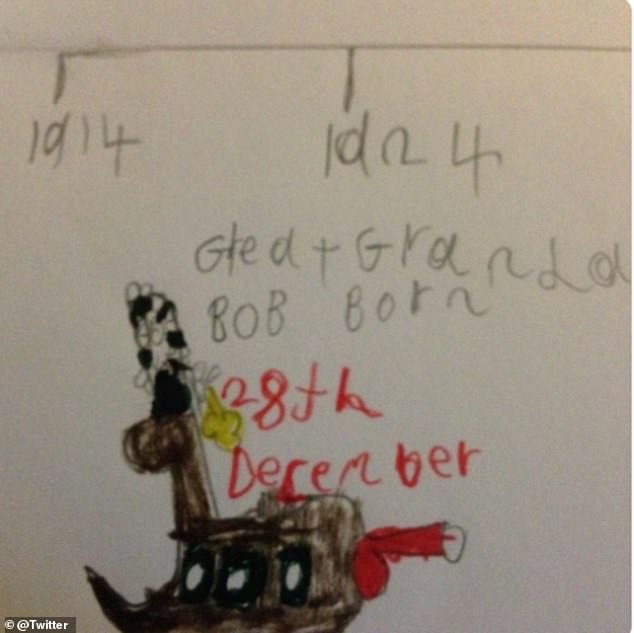 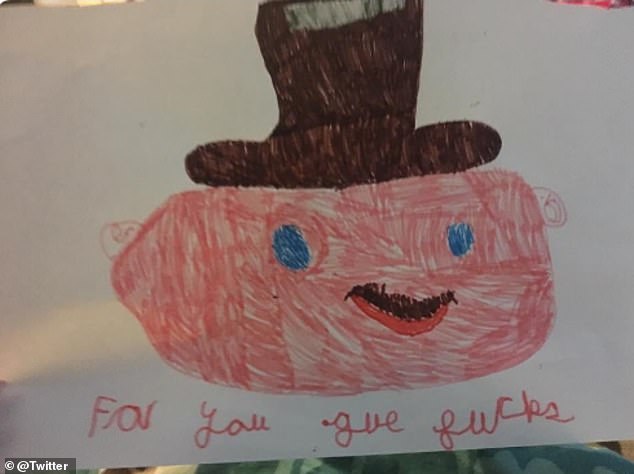 Sharing another masterpiece featuring an unfortunate spelling mistake, this mother captioned the post: ‘Only saw this late last night but had to share the picture my then five-year-old did for her teacher one bonfire night of Guy Fawkes’ 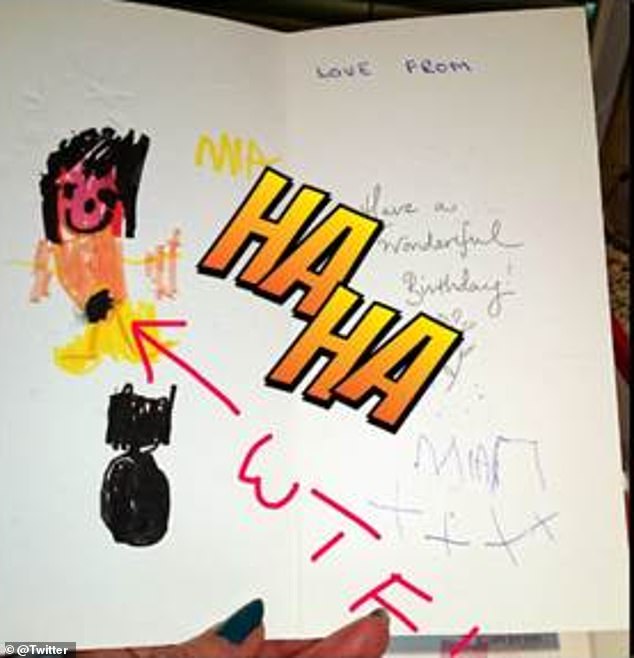 A further shared a picture her daughter kindly gifted her and added: ‘I do have a black cat…but only one’ 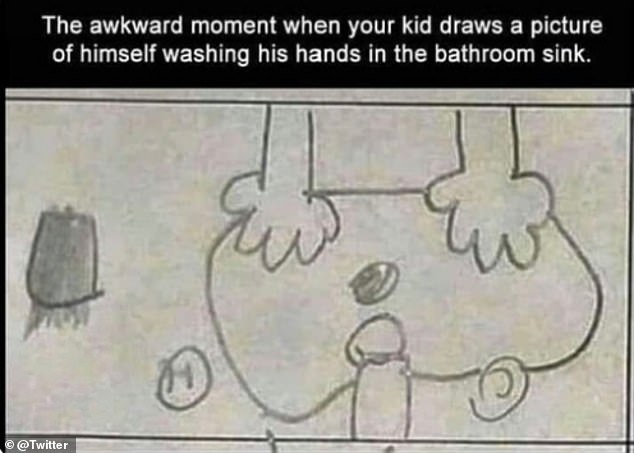 Contributing to the amusing thread, a father shared the awkward moment his child drew a picture of himself washing his hands in the bathroom sink 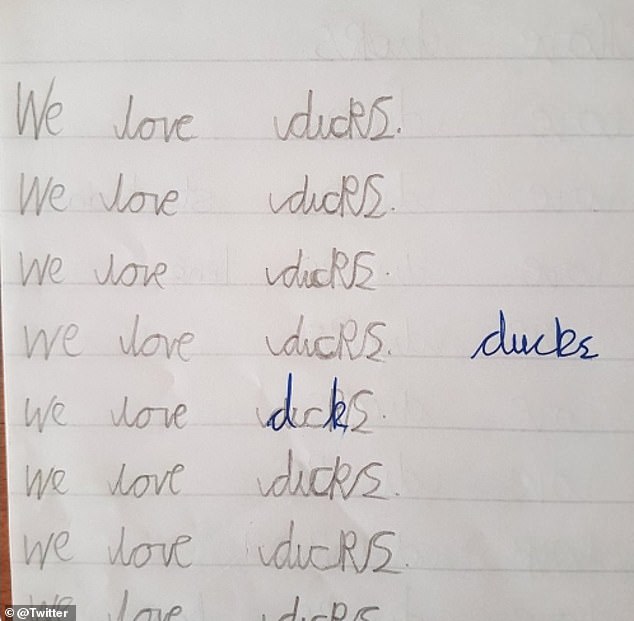 Another got in touch and penned: ‘It’s not a picture, but when attending our daughter’s parents evening the teacher showed us this piece of handwriting work’ 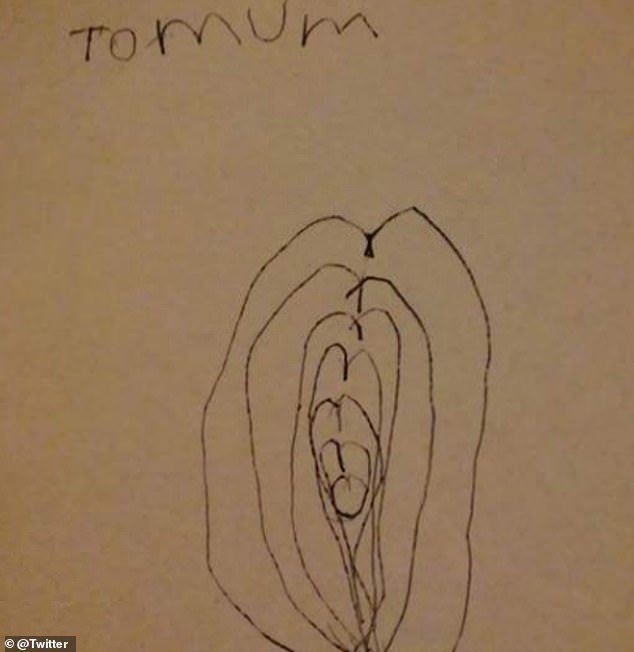 When one mother asked her son to draw her something nice, she wasn’t expecting this rather unusual looking heart