Business plans in the early hours, a brand launch days before giving birth: No wonder beauty pioneer Claire Vero has now got a live-in nanny!

Aurelia skincare founder Claire Vero vividly remembers spending three nights on her own in 2013 in a freezing warehouse, re-gluing the packaging of her new probiotic skincare range.

‘After months of designing luxury packaging, products were placed into their boxes,’ the 38-year-old mother of two recalls. ‘I shipped a run of 1,000 out and started getting messages from customers that they had popped open in transit.

‘The cold glue wasn’t strong enough. I had to unpack 1,000 boxes and replace them with a hot-glued version. It was a nightmare. I cried the whole way home on the M1.’

But it was worth it. 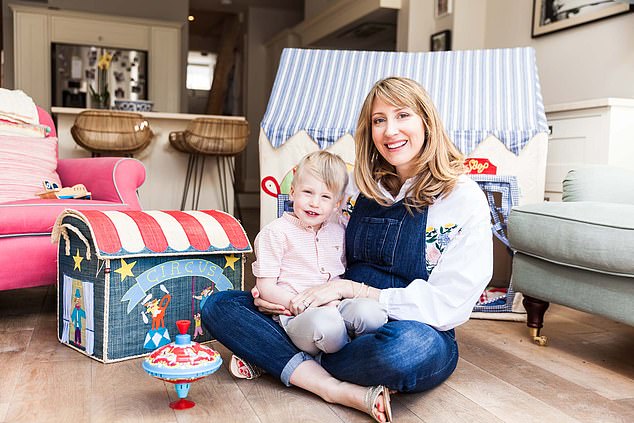 Claire Vero, founder of Aurelia skincare, unveiled her probiotic brand in 2013 (Pictured with her son)

Six weeks into launching the brand, the president of Net-a-Porter Alison Loehnis called Claire to discuss including Aurelia as one of only 15 brands on their soon-to-be-launched beauty category.

‘It was our massive break,’ says Claire. ‘We sold out within 72 hours and were being shipped into the U.S., which is a notoriously difficult market to crack. The Wall Street Journal did a half page on the brand.’

Back home, Liberty introduced Aurelia into its Beauty Hall, while Space NK rolled it out in 62 stores.

Today, celebrity fans of the natural skincare brand — which combines probiotic science with botanicals and natural essential oils — include supermodel Yasmin Le Bon, and the range has won 125 beauty awards. 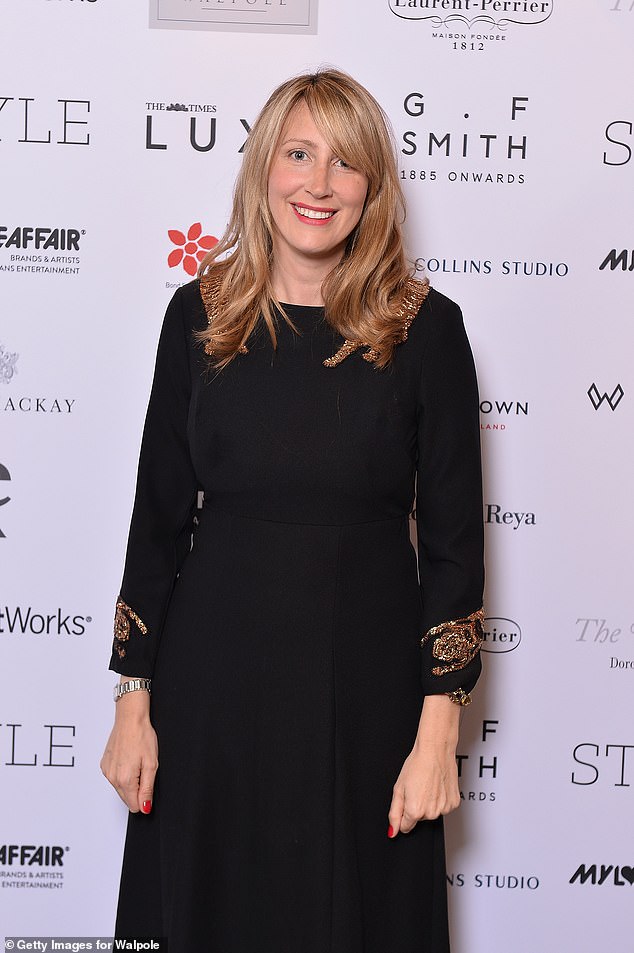 Six weeks into launching the brand, the president of Net-a-Porter Alison Loehnis called Claire to discuss including Aurelia as one of only 15 brands on their soon-to-be-launched beauty category

Despite the glue hiccup, Aurelia’s feminine rose and gold packaging (the name comes from the Latin word aurus, meaning gold) and groundbreaking use of probiotics set the brand apart.

‘The idea of using probiotics in skincare was completely new,’ says Claire, explaining that Aurelia’s probiotic ingredients activate the skin’s natural ability to repair itself and boost the process of restoring collagen, elastin and healthy cells, as well as helping prevent ageing.

Claire has a background in dermatology and spent nine years working in marketing at global pharmaceutical firm GlaxoSmithKline.

‘I was in the team that launched the first cervical cancer vaccine in the UK. I lobbied in Parliament for chronic obstructive pulmonary disease care and advised the government on how to prepare for pandemic illness.’ 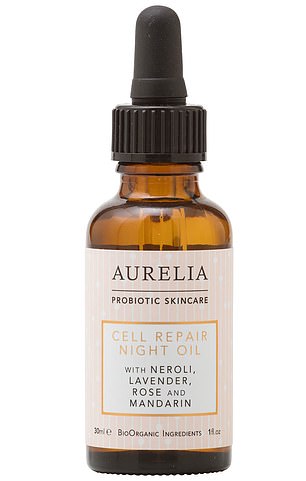 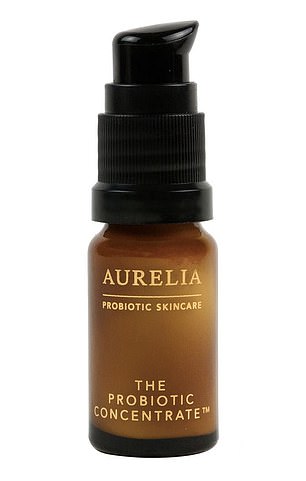 ‘It was our massive break,’ says Claire. ‘We sold out within 72 hours and were being shipped into the U.S’ (Pictured left, Aurelia Cell Repair Night Oil and right, the Probiotic Concentrate)

‘I’ve always loved skincare and the dermatology behind healthy skin,’ she says.

Sensing a gap in the market, she took a gamble and set up a luxury skincare company using all her savings.

‘There were lots of doctor brands and lots of natural brands, but nothing in the middle that combined science and nature.’

She used her 30th birthday as the impetus she needed to quit GlaxoSmithKline and moved into part-time consultancy, ploughing her salary into research. 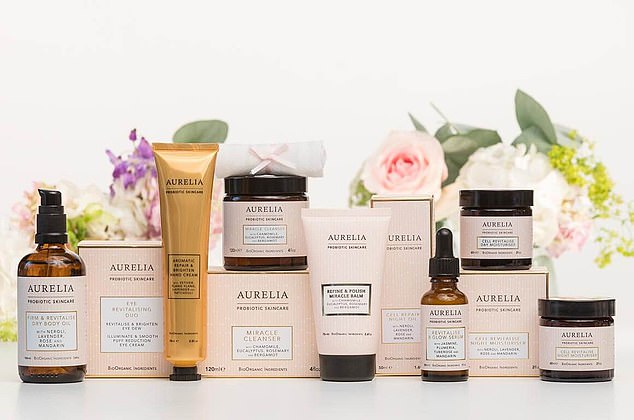 One company she worked with was treating chronic psoriasis by targeting specific parts of the immune system. ‘They were using probiotics orally and on the skin to help with inflammation.

‘I thought, that’s interesting because one of the root causes of skin ageing is inflammation. I began to investigate how probiotics would work combined with natural antioxidant-rich formulas to help anti-ageing.’

We’re used to taking probiotics in food to aid digestion, but Claire pioneered its use in skincare.

Aurelia uses a non-live biotic in the form of a glycoprotein (a molecule that helps cell-to-cell communication), combined with a milk peptide to protect and restore skin while boosting collagen and hyaluronic acid. 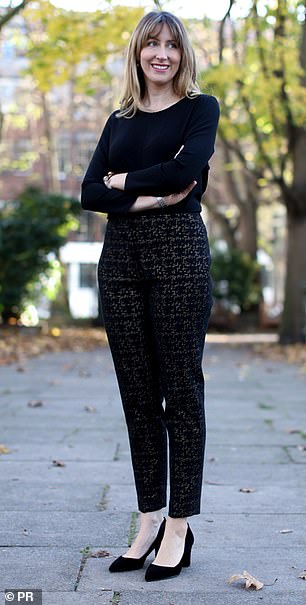 Claire wrote a business plan in the small hours of the morning, then recruited a freelance formulations team to work on the textures of the products.

‘I’d show them creams I liked and gave them a list of ingredients that weren’t to be in it,’ she says.

She flew around the world tracking down botanicals that other brands don’t use, such as baobab and Kigelia africana from Malawi. (She works with Phytotrade Africa to ensure sustainable sourcing and fair trade.)

At the start it was Claire and a couple of part-time girls working in her kitchen. ‘I was paying everybody salaries as well as doing the runs for the products, which are expensive to formulate because of the probiotic technology.’

Launching a luxury brand in a competitive market was always going to be tough, she laughs, but five months into Aurelia, she became pregnant with her eldest son Henry. ‘My husband Alex and I thought it would take us a bit longer,’ she deadpans.

She worked from home with severe morning sickness. ‘I was sick six times in the taxi before one meeting with Urban Retreat. It was in my hair and I was praying the buyer wouldn’t notice.’

But Henry’s birth didn’t hold Claire back. During her short maternity leave, the brand hit its first million pounds in turnover. And having her second son Atticus two years ago inspired the launch of Little Aurelia for babies and children — to aid sleep.

‘I launched the brand in Little Liberty about five days before I gave birth,’ she marvels, and jokes that women are the best multi-taskers in the world.

At the same time as Claire launched Aurelia, Alex set up a tech company, Movidiam, which connects filmmakers with crew. 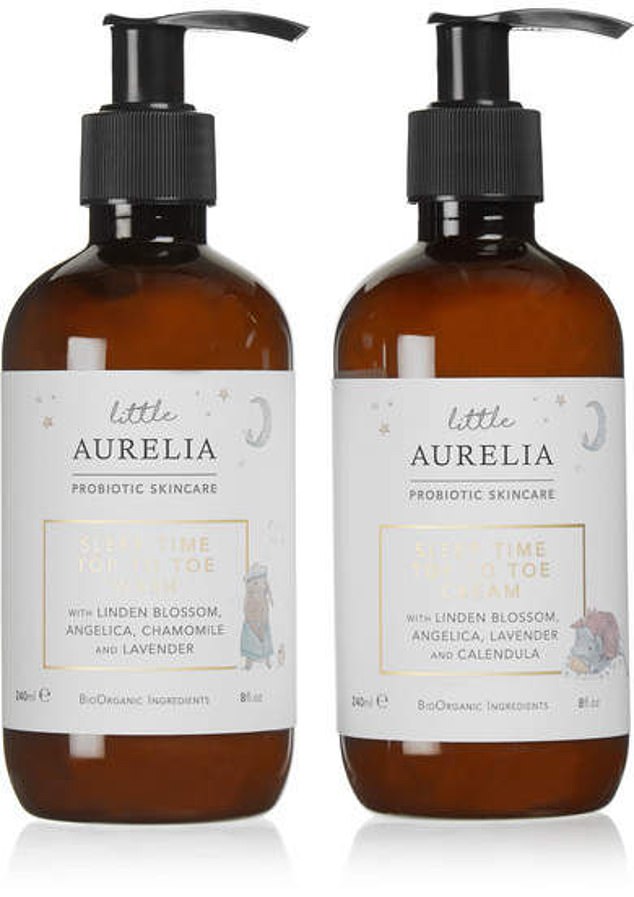 Two start-ups in a family is stressful, she laughs, which is why she now has a live-in nanny at their Surrey home.

‘It’s always been me who has collected the children when they were ill, or taken days off,’ she says ruefully.

‘Alex’s career’s never been impacted and I struggle with the fact that the woman’s responsibility is still the children and the house, even if you have a business.’

After Atticus was born, Claire decided to work only three days a week. She believes in paying for childcare to grow the business even if it wipes out initial profit.

Could you be our Mumpreneur of the Year?

Have you started a business while being a mum? Enter our Daily Mail/NatWest Everywoman Aphrodite Award for Mumpreneurs.

You must be based in the UK and have set up your own profitable business from scratch while raising a child aged 12 or younger.

She assumed she’d have a gentle lifestyle business. But the huge success of Aurelia has taken her into a different league. To launch more products, she raised £200,000 under the government’s Seed Enterprise Investment Scheme.

‘It offers tax relief for family and friends to invest,’ she explains.

Earlier this month she announced the company had been acquired by global wellness firm Health & Happiness, which sells millions of probiotic supplements.

‘I’ve been working with scientists on the gut, so we’ll be able to treat the body inside and out.’

She’ll still lead the creative side of Aurelia, developing new products. She’s particularly proud of their natural deodorant (made from arrowroot powder and kaolin) which you apply like a cream.

‘I develop products I would use myself. On our first weekend we sold 5,000 units of the deodorant.’

She’s won countless accolades, including the Cosmetic Executive Women (CEW) Digital Achiever Award, sponsored by Google. But it’s her loyal customers who drive her: ‘I’ve had so many letters thanking us for the difference the products have made.’

07/15/2019 Lifestyle Comments Off on No wonder beauty pioneer Claire Vero has now got a live-in nanny!
Recent Posts