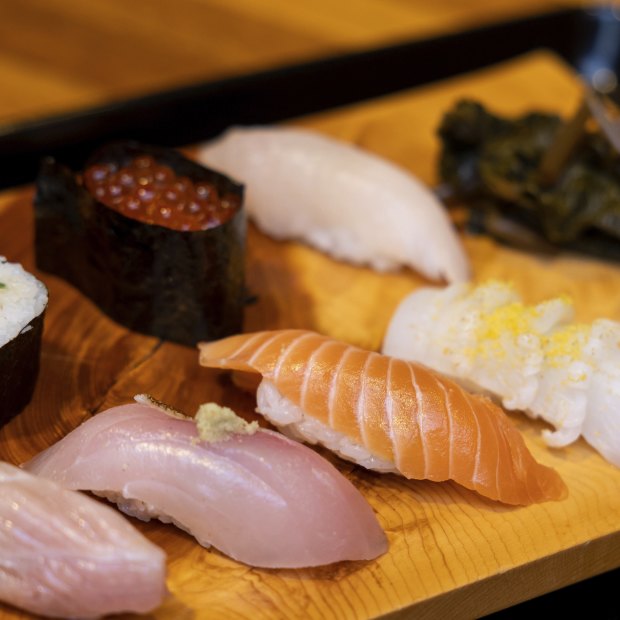 When Shingo Yamagami was appointed Japan’s ambassador to Australia in December 2020, he rushed to one of Tokyo’s biggest bookstores. Eager to study up on his new home, Yamagami scoured the shelves but could find only three books about Australia written in Japanese. “This says a lot,” he argues, “about how shallow our knowledge of Australia is.” 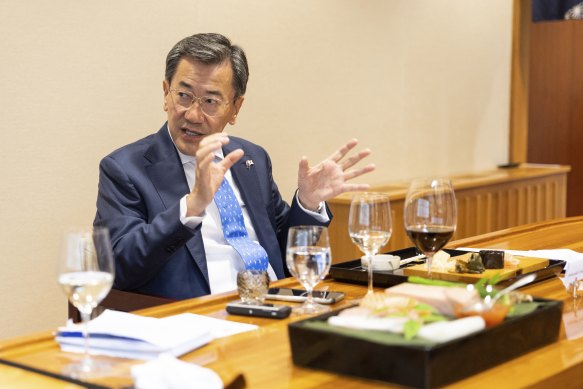 Since arriving in Canberra, Yamagami has been on a mission to spread the gospel about the importance of the Japan-Australia relationship. In two years he has travelled to every state and territory at least twice, venturing as far as the Torres Strait Islands and the Moranbah coal mine in central Queensland. Wherever he goes, he makes a point of speaking to a local newspaper or TV station, deploying his affable personality and excellent English skills to spruik his nation’s interests.

“An ambassador is a salesman for your own country,” he says. “My job is to sell whatever Japan has to offer to Australia.”

Luckily, he’s preaching to a friendly crowd. A Lowy Institute poll released last year found 43 per cent of Australians consider Japan our closest friend in Asia, up from 25 per cent six years earlier and far ahead of any other nation.

Yamagami, 61, is a prolific practitioner of soft power diplomacy, regularly inviting politicians, journalists and academics to dine with him at his residence in Yarralumla. One of the prime perks of being a Japanese diplomat is being able to take a hand-picked chef with you to your host country. Yamagami chose Ogata Sadayuki, who previously worked at a five-star hotel restaurant in Tokyo and now serves some of the most refined Japanese food in Australia. The promise of superb dining and juicy geopolitical gossip has made a Yamagami dinner invitation a cherished prize among Canberra’s political class.

When hosting large groups, Yamagami entertains in his formal dining room. For our lunch interview he ushers me into a separate sushi and tempura bar, nicknamed Little Tokyo. “When you are in Japan, you usually have to go to two different places to enjoy tempura and sashimi. Here you have both,” he says proudly. Chef Ogata has prepared a bespoke four-course menu, accompanied by sake and Australian and Japanese wines.

I was eager to interview Yamagami because of his reputation as the most forthright and energetic ambassador working in Canberra today. It’s a moniker he embraces. “I am no ordinary diplomat,” he says. “I don’t like wishy-washy talk, I’m more of a straight-to-the-point guy.” 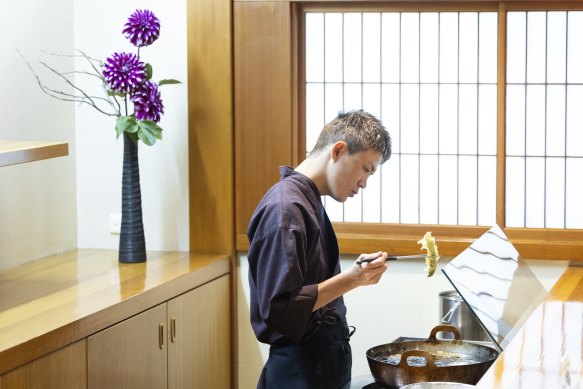 His outspokenness drew him into a public stoush this week with Chinese ambassador Xiao Qian, who used a press conference at the Chinese embassy to accuse Yamagami of failing to do his job properly and working to prevent Australia from deepening ties with China. He has previously raised eyebrows by stridently campaigning against the Queensland government’s plans to increase coal royalties, including in speeches to mining industry forums.

His plainspoken style attracts both praise and criticism.

“Ambassador Yamagami is one of the most prominent and effective foreign envoys this town has seen for a very long time,” Rory Medcalf, head of the National Security College at the Australian National University, says. “He demonstrates diplomacy as a true vocation … and you get a strong sense that he is shaping ambitious policy, not just delivering talking points from Tokyo.”

Allan Behm, director of the international and security affairs program at the Australia Institute, is less flattering. “He doesn’t seem to be constrained at all in getting involved in how Australia does its business, including in its relationships with other countries,” Behm says. “I don’t think that’s the job of an ambassador.”

Behm says he would like to see Yamagami “take a leaf out of Caroline Kennedy’s book”, referring to the US ambassador’s low profile since arriving in Australia last July.

Over an entree of crab and tomato foam cocktail – a salty, gelatinous, delectable concoction – the son of two high school mathematics teachers explains how he scaled the heights of Japanese diplomacy. 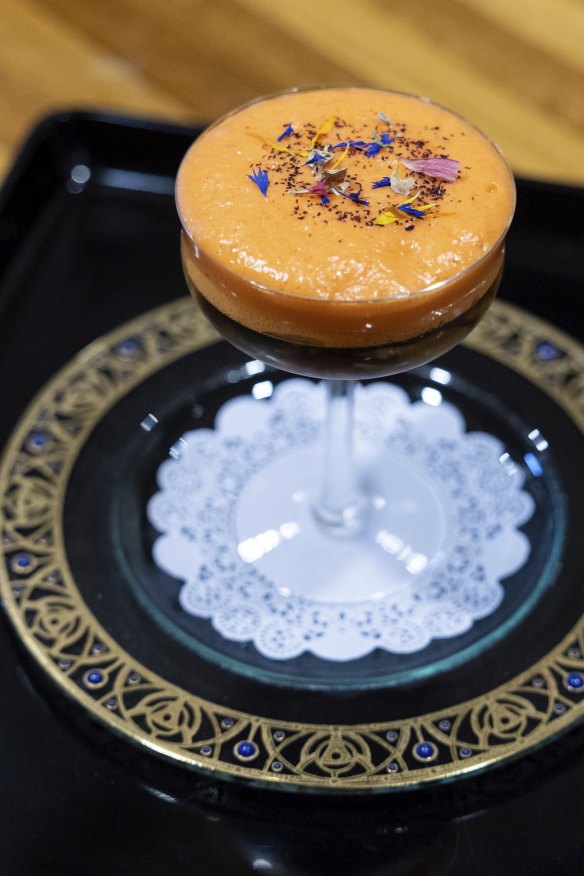 A lover of history, Yamagami bucked his parents’ expectations by studying law and joining the foreign service. It was four decades after the end of WWII, where Japan fought alongside Nazi Germany, and the nation was dominated by pacifist thinking. Yamagami describes it as a time of intellectual timidity and risk aversion.

“I thought I could play a small role in helping transform that mindset,” he says. “I wanted Japanese diplomacy to be more outspoken, more robust, more active. I also thought staying in Japan all the time was not going to be fun.”

By now, the hissing sound of cooking oil is as loud as our conversation; Chef Ogata is frying morsels of tempura asparagus, fish and prawn that he serves alongside diced radish and matcha salt.

Yamagami – who previously served in diplomatic roles in Washington D.C, Hong Kong, Geneva and London – says what makes him unique is his work outside the foreign service. He spent two years on secondment as a deputy police chief, where his responsibilities included hunting down suspected spies. He then ran Japan’s Intelligence and Analysis Bureau, its equivalent to the CIA. The position gave him access to top-secret information Japan has gathered about other countries.

“I was once a spymaster, and I was once a spycatcher,” he says. He brings the mentality of an intelligence analyst to his ambassadorial work. “If I don’t move past the protocol of a formal visit and begin to dig deeper, I cannot enter the world of a truly skilled master,” he wrote last July in his weekly newsletter, News From Under the Southern Cross. “I need to elevate the level of information gathering and sharing.” 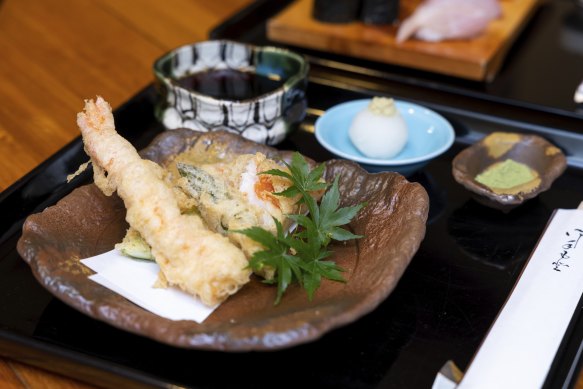 Yamagami uses his whimsical dispatches, published in Japanese and English, to chronicle his Australian adventures, devoting two editions last year to the topic of magpies (a “bird of terror” in his words). One of Yamagami’s regular cycling excursions around Lake Burley Griffin took a sinister turn when a magpie swooped his wife. “It was really painful and she was so scared,” he says.

He later posted a photo online of his solution to such attacks: a helmet with protruding chopsticks. “Dear magpies, how about we call it a truce this swooping season?” he wrote on Twitter. “If the urge to go after my helmet proves too tempting, have a complimentary chopstick. They’re scented with sushi and Wagyu beef.”

Yamagami has often been described in avian terms himself, thanks to his reputation as a China hawk. He bristles at the term, insisting: “I’m more of a China realist.”

However, he doesn’t muffle his criticisms of the rising superpower, saying: “Our government is eager to work towards a stable and constructive relationship with China but in order to do that it takes two to tango … We’d love to see the day when China becomes a responsible, law-abiding member of the international community.” 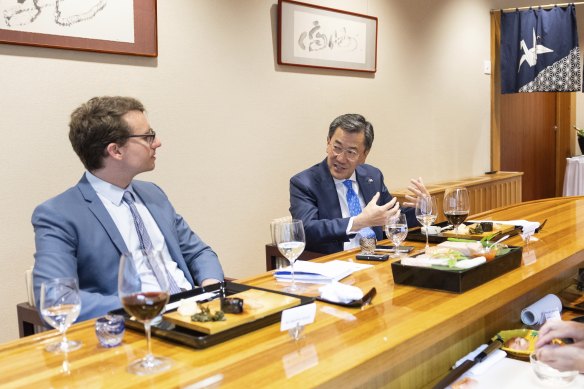 He says China’s assertiveness and North Korean nuclear testing have driven a “fundamental transformation in the mindset of ordinary Japanese people” over recent years. Pacificism is now out of vogue in favour of big increases in defence spending.

“Looking at the security challenges in north-east Asia, you can call Japan a frontline state,” he says. “We don’t have the luxury of distance like Australia. We live with the tyranny of proximity.”

As we talk, Chef Ogata continues to deliver exquisite dishes. There are eight varieties of sashimi – ranging from calamari to eel to rubyfish – all sourced from Sydney to ensure ultimate freshness and sliced in front of us. 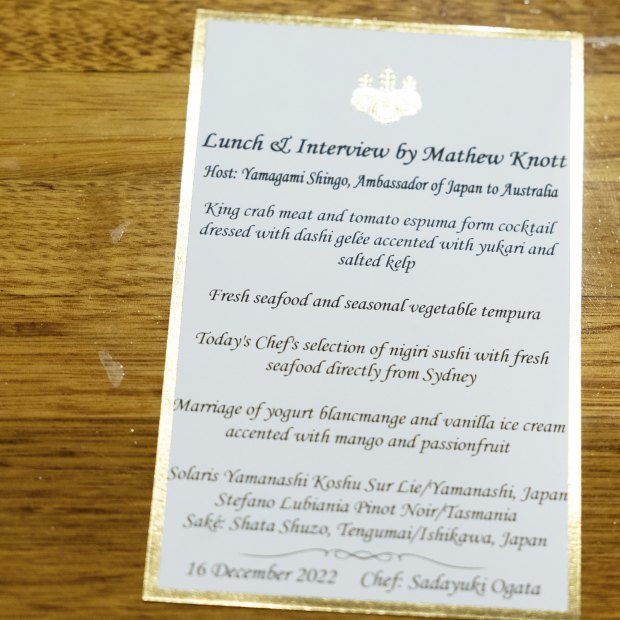 Yamagami says he expects Japan and Australia’s military co-operation to reach new heights this year when the Japanese parliament approves an agreement allowing troops to be stationed in each other’s countries along and stage joint training exercises.

He can also envisage Japan becoming a quasi member of the AUKUS pact between Australia, the US and United Kingdom – working with the existing members on artificial intelligence and hypersonic weapons technology (but not nuclear-powered submarines). “Five years ago, 10 years ago, it was unthinkable that Australia and Japan defence co-operation could come so far,” he says.

After dessert – a tarty, refreshing yoghurt and ice cream layered with passionfruit and mango – I’m utterly stuffed and could happily take an afternoon nap. Meanwhile, Yamagami’s diplomatic charm offensive is only just beginning: that night he’s off to throw the first pitch at a Canberra baseball game celebrating Japan.

He knows we live in volatile times, but is enthusiastic about the possibilities for the Australia-Japan relationship. “The sky’s the limit and there’s a lot we can do together.”