Like Christopher Columbus in 1492 and Eddie Murphy in 1988, Love Island is coming to America. At the helm of this relation-ship is host Arielle Vandenberg, an actress and model who’s appeared on Greek, How I Met Your Mother, Meet the Browns, and Bones, per CBS. She’s also a comedian famous for her Vines (RIP to the six-second video app).

If none of that rings a bell, don’t worry, you’ll get to know Arielle plenty during the special 90-minute premiere of Love Island on July 9 at 8 p.m. ET. And throughout the rest of the summer because this is one British invasion you won’t just welcome, but will likely obsess over every weeknight (yup, it’s on five nights a week).

While the OG British version of the hit reality TV show has made host Caroline Flack a household name in the UK (and beyond), many people have never heard of Arielle Vandenberg. So, before you tune in, here’s everything you need to know about the Love Island USA host.

Arielle Vandenberg’s been in show biz for 12 years.

And, according to her Instagram, she spent all that time “working my buns off.” Fair, considering she—like many modern comedians—shares creative content daily with her 1.2 million followers on IG and another 115,000 on Twitter.

She was also the former host of a weekly Snapchat interview series, Snap Hangs, per People. Besides her current social media presence, Arielle was popular on Vine back in the day. ICYMI, peep this epic Vine compilation:

All told, Arielle’s had 29 acting credits throughout her career, according to IMDb, so if you think she looks a little familiar, it’s probably because you’ve seen her on-screen.

Sorry folks, but Arielle Vanderberg def has a boyfriend.

Unlike her fellow cast mates, Arielle is **not** single and ready to mingle. She’s been happily coupled up with boyfriend and fellow entertainer Matt Cutshall for years. Fun fact: They first met at Arielle’s ex-boyfriend’s house shortly after Matt moved to LA, according to their YouTube video.

Self-described as “The Cuties,” the couple has filmed tons of social media videos together over the years (because what else do you do when you’re both funny and attractive?).

Plus, not only is Matt super supportive of his GF’s success, but he also has a six-pack, so… get it, gurl.

But Matt’s not the only love of her life.

Like any good dog owner, Arielle’s also obsessed with her pup, Stinky. Case in point: this “MVP highlight reel.” 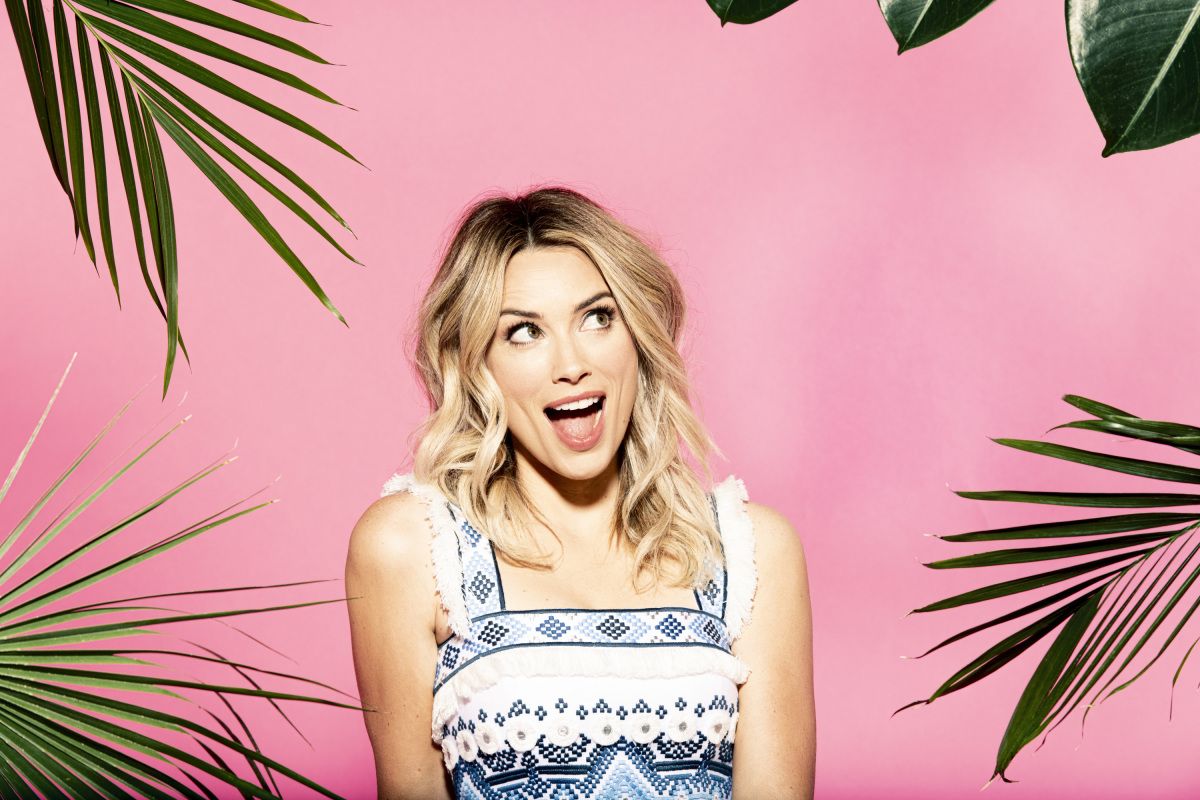 Yeah…not by a long shot. Besides her former Snapchat series, Arielle currently hosts The Only Child podcast (though it seems like she’s taken a break since June for, uh, obvious reasons) and a YouTube channel featuring her beau Matt. Does that mean he’ll make a Love Island cameo, too? Only time will tell.

While Arielle’s no Caroline Flack—at least, not yet—hopefully fans will get to know and love her just as much as they do her counterpart across the pond.