Nikki Haley, the one-time Republican governor of South Carolina and former U.S. Ambassador to the United Nations, is no longer in public life. But if a recent visit to a high school near her hometown is any indication, the public isn’t done with her.

The 47-year-old married mother of two has a new book, “With All Due Respect” (St. Martin’s Press), recounting both her tenure in the Trump administration, and her journey from small town Bamberg, S.C., to the world stage.

She told “CBS Evening News” anchor Norah O’Donnell that she dislikes being described as “ambitious.”

“You know, when women are referred to as ambitious, it’s never in a positive light,” Haley said. “I’ve heard that all my life: She’s so ambitious. No, I’m passionate. I love what I do. I throw myself into it. So, I prefer ‘badass.'”

While Haley is a daughter of the South, she’s also the daughter of immigrants from India. She grew up as Nikki Randhawa.

“We weren’t white enough to be white, we weren’t black enough to be black,” she said. “We were the only Indian family [in town]. My father wore a turban, he still does to this day. My mom in town wore a sari. And I remember we would get teased. And I would leave the playground and come home, and I remember my mom would always say, ‘Your job is not to show them how you’re different. Your job is to show them how you’re similar.'”

It’s a winning formula in politics, and Haley’s Southern charm is a point of pride, as well as a pointed weapon.

In 2016, she campaigned for Florida Senator Marco Rubio, and against Donald Trump. At a February 29, 2016 rally in Atlanta, Haley said, “Donald Trump, show us your tax return!”

When candidate Trump tweeted back, “The people of South Carolina are embarrassed by Nikki Haley!,” she replied with the withering put-down beloved by Southern women: “Bless your heart.”

“I have always kicked with a smile,” Haley said. “Yeah, I’ve always said I wear high-heels and it’s not for a fashion statement. It’s when I see something wrong, I’m gonna kick every time.”

“You also write in the book that part of your secret to success has been you’ve been underestimated?”

“Does it motivate you? ‘Cause sometimes, for me, being underestimated motivates me.”

“Oh, it absolutely motivates me. I love surprising people. I love letting them know what I’m capable of. And I love challenging myself to prove to them, so that they can be proud.”

As South Carolina Governor, Haley’s most challenging moment came in 2015 when a white supremacist slaughtered nine worshippers at Mother Emanuel, an historic black AME Church in Charleston.  In the aftermath of that tragedy, Haley writes she feared Donald Trump’s angry campaign rhetoric could inspire even more violence.

Still, after the 2016 election, Haley accepted his offer to become U.S. Ambassador to the United Nations. And those stilettos? On her first day on the job, she came out kicking:  “For those who don’t have our back, we’re taking names.” 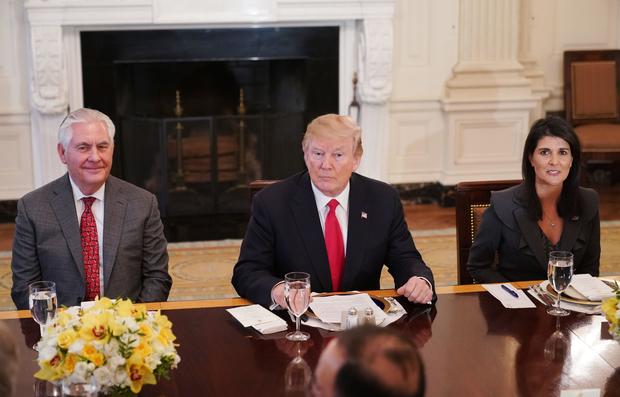 Haley was the president’s voice on issues that still dominate the headlines: Russian aggression in Ukraine, North Korea’s nuclear program, and the Syrian civil war. But her battles at the U.N. were rivaled by battle for control within the White House.

Haley recounts a closed-door encounter with then-White House Chief of Staff John Kelly and then-Secretary of State Rex Tillerson: “Kelly and Tillerson confided in me that when they resisted the president, they weren’t being insubordinate, they were trying to save the country … Tillerson went on to tell me the reason he resisted the president’s decisions was because, if he didn’t, people would die. This was how high the stakes were, he and Kelly told me. We are doing the best we can do to save the country, they said. We need you to work with us and help us do it. This went on for over an hour.”

O’Donnell asked, “You memorialized that conversation? It definitely happened?” 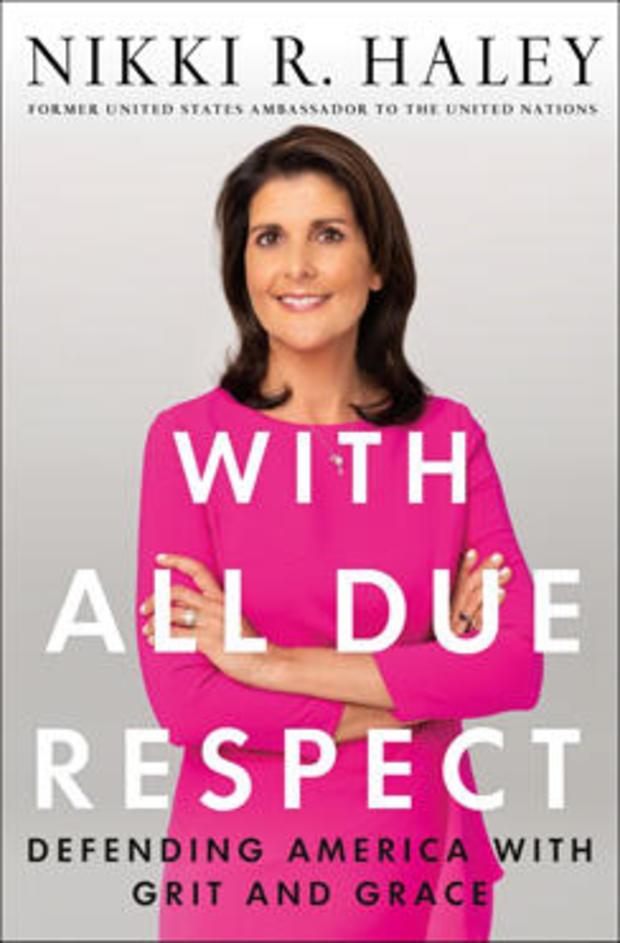 “It absolutely happened,” said Haley. “And instead of saying that to me, they should’ve been saying that to the president, not asking me to join them on their sidebar plan. It should’ve been, ‘Go tell the president what your differences are, and quit if you don’t like what he’s doing.’ But to undermine a president is really a very dangerous thing. And it goes against the Constitution, and it goes against what the American people want. And it was offensive.”

[We asked them to respond. John Kelly tells “Sunday Morning”: “If by resistance and stalling she means putting a staff process in place … to ensure the (president) knew all the pros and cons of what policy decision he might be contemplating so he could make an informed decision, then guilty as charged.”]

Haley remains a fierce Trump loyalist, including on the issue of his asking the Ukrainian president to dig for dirt on the family of Democratic candidate Joe Biden.

O’Donnell asked, “Do you think ultimately the president will be impeached and removed from office?”

Haley replied, “No. On what? You’re gonna impeach a president for asking for a favor that didn’t happen and giving money and it wasn’t withheld? I don’t know what you would impeach him on. And look, Norah, impeachment is, like, the death penalty for a public official. When you look at the transcript, there’s nothing in that transcript that warrants the death penalty for the president.”

“To be clear, it was not a complete transcript. There are still things that are missing from it. And in it, he does say, ‘I would like you to do us a favor, though.'”

“The Ukrainians never did the investigation. And the president released the funds. I mean, when you look at those, there’s just nothing impeachable there. And more than that, I think the biggest thing that bothers me is the American people should decide this. Why do we have a bunch of people in Congress making that decision?”

Haley, herself a daughter of immigrants, also defends President Trump on one of him most inflammatory statements: his tweet from this past summer in which he told four Democratic female members of Congress, three of whom were born in the United States, to “Go back and help fix the totally broken and crime infested places from which they came.”

Was that appropriate?  “No, it’s not appropriate,” Haley replied. “But I also can appreciate where he was coming from, from the standpoint of, don’t bash America over and over and over again and not do something to try and fix it.”

Haley insists she has no immediate plans to run for any office, including the presidency, and as she departed the Trump administration last year she said, “I can promise you what I’ll be doing is campaigning for this one.”

With her new book, lucrative speaking engagements, and a seat on the corporate board of Boeing, Nikki Haley acknowledges there are still chapters to be written:  “I’m too young to stop fighting. I’ll always be out there. I’ll always use the power of my voice for what I believe is good.”

11/12/2019 Lifestyle Comments Off on Nikki Haley: I was asked by Cabinet members to take sides against the president
Recent Posts
We and our partners use cookies on this site to improve our service, perform analytics, personalize advertising, measure advertising performance, and remember website preferences.Ok