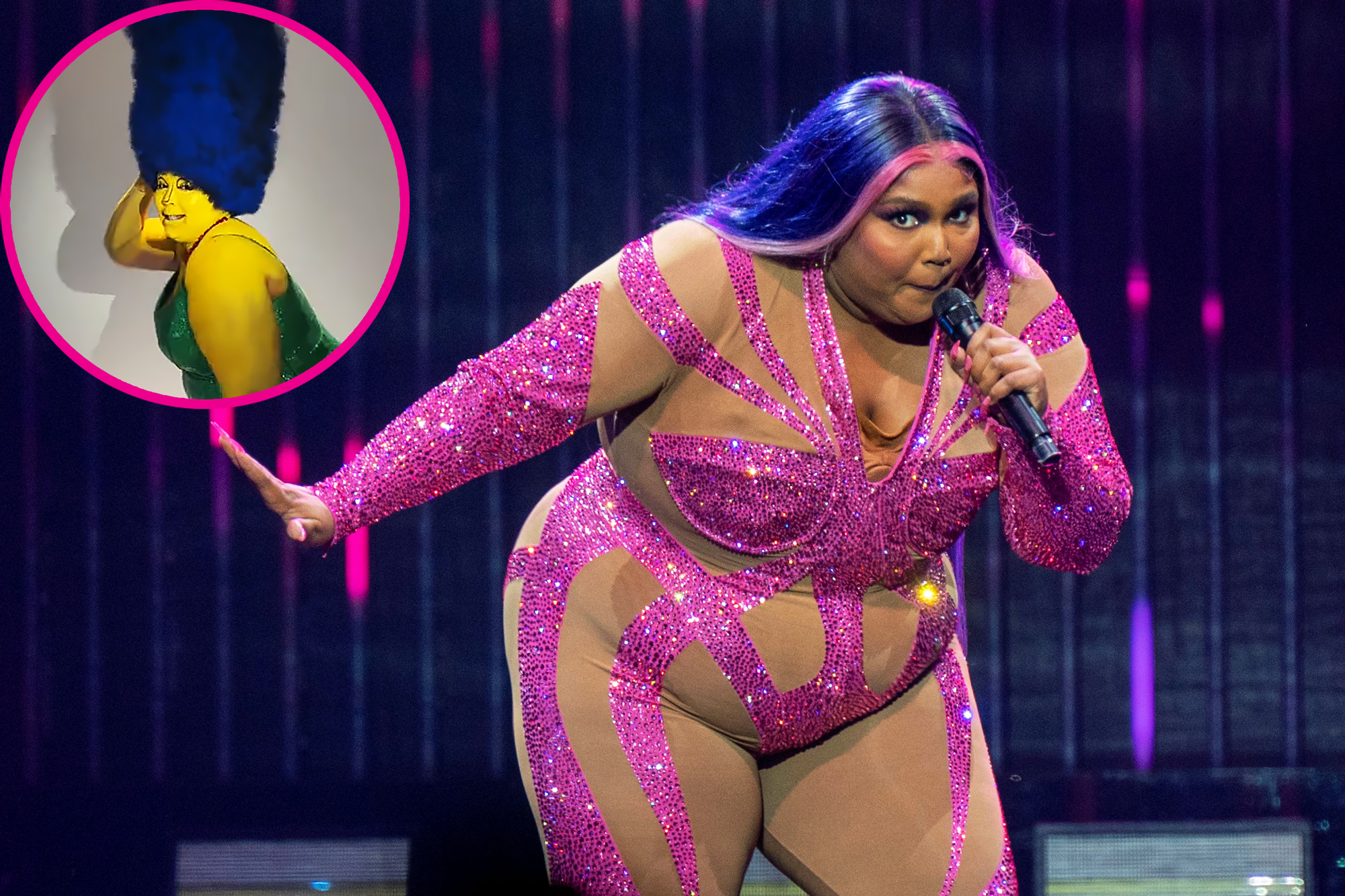 Lizzo won Halloween! The singer transformed into Marge Simpson for the spooky holiday, rocking yellow body paint and all.

The Grammy winner, 34, donned a towering blue wig filled with tight coils just like Marge’s famous ‘do in a series of TikTok videos posted on Sunday, October 30. Lizzo complemented the fuzzy afro with a sparkly green dress and the animated character’s signature red beaded necklace. On her feet, the “Truth Hurts” artist sported a pair of red pumps. She also rocked dramatic eyelash extensions.

The hitmaker showed off her costume even further via Instagram, prompting excited reactions from her fans and famous friends. “Deaddddd sooooo good!!” Gabrielle Union wrote in the comments section of the post. Latto echoed similar sentiments, commenting: “U KILLING HALLOWEEN SIS.” Tess Holliday added a series of raised hands emojis.

Marge wasn’t Lizzo’s only Halloween getup, however. The musician unveiled her second costume, Miss Piggy, on Monday, October 31. “HAPPY HALLOWEEN from This W.A.Piggy,” she captioned a video, in reference to Cardi B and Megan Thee Stallion‘s hit “WAP.” In the clip, Lizzo sported platinum blonde curls as well as a pig nose and pig ears.

The Michigan native’s many costumes come as she’s been debuting several sexy stage looks while on her Special tour. For her Houston show on Wednesday, October 26, the “Juice” artist donned a sheer catsuit that was designed with contrasting hot pink sequin paneling. To complement the sultry outfit, Lizzo wore fuchsia nails, a rosy lip and winged eyeliner. Topping it off, she put on a blonde wig that featured a graffiti design at the back.

Elsewhere on her tour, which includes supporting performances by Latto, 23, and Saucy Santana, she’s been seen in a gold corset, sparkly dresses, short shorts and more.

Despite blowing fans away with her vocals and looks, Lizzo admitted that being on tour has its downsides. She explained in a video shared via TikTok on October 22 that she’s been experiencing skin issues.

Get unready with me on tour because my skin has been breaking out,” Lizzo said in the video. “Full disclosure, there’s nothing wrong with having texture on your skin. My issue is the itchiness that’s been happening and the irritation,” the Yitty founder continued, picking up a bottle of Cetaphil facial cleanser. “This is what my makeup artist recommended to wash my face with.”

The pop star then began lathering her face with the product before also applying it to her cleavage. “I put some on my chest because my chest broke out too,” Lizzo shared. “I have extremely sensitive skin, so if I have, like, scented soaps — and I accidentally used scented soaps at one of the hotels — it’ll break me out and make me itchy.”

About Last Night: See the Best Dressed Stars on the Red Carpet and Beyond

She then used Arnica’s relief and rescue mask and finished her routine with a serum facial sheet mask from Cicapair.

In a follow-up video, the “Tempo” musician revealed that the mask left her feeling good, adding: “No itchiness, no irritation … my face has calmed down a lot.”