It was June 2020, and the need for human touch was acute.

My phone screen was worn out from hours spent swiping on Tinder, and my overwrought messages to matches were gaining little traction. Things looked bleak, until I unexpectedly encountered an old flame we’ll call Phyllis*.

Phyllis and I had gone through several phases of sleeping together over the years, despite no particular interest in one another.

This latest match marked the third in as many years, a rerun of the same old cycle.

Reluctant to immediately rekindle our meaningless liaison, we made only the vaguest of plans to meet at an unspecified date, and over the following days I resumed swiping and dutifully sending my messages to others.

Most were ignored, but one reply did seem promising. It came from Doris*.

Pleasantries were exchanged, and, eager to get away from the glare of our phones, Doris and I arranged to meet the following day.

I was excited when I saw her. She was prettier than her profile, and I could only hope she wasn’t disappointed by my tiny wrists.

We began wandering and learning the basics about one another. We discussed jobs and family — she lived with her sister.

I felt that I liked Doris, but I couldn’t escape the uncomfortable, nagging sense that I’d seen her face before. It was the faintest of recognitions, and probably a false one. I didn’t bring it up.

Hours passed, and we eased into an enjoyable, flirty rhythm. We encountered a bench overlooking a canal, upon which we sat tensely, staring out at the water, knowing what was to be done, but taking our time to get to it. 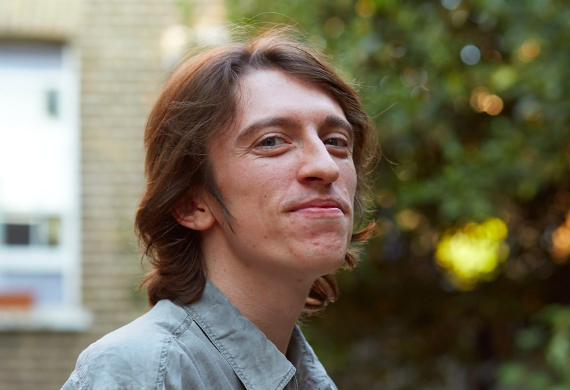 The kiss, when it came, was shy, in keeping with the conversation, but enough to inspire indecent imaginings.

Another date was arranged, and I dared to look forward to spending the night with her next time.

It was after we’d said goodbye that things took a turn.

As I walked home alone, my phone buzzed with a message, which came not from Doris, but from Phyllis, the old flame. She asked if I would like to meet that very night.

My previous reluctance to see her evaporated in an instant. I was buoyed now by the date I’d just enjoyed, and I was suddenly enthused by the prospect of both women.

I accepted Phyllis’ offer with relish.

I continued home, a real spring in my step, until a voice from inside my head piped up. It was the subconscious, which had been hard at work over the hours, waving its limbs frantically in a vain attempt to flag my attention.

Like the TV detective’s inexplicable moment of epiphany, where the full story of the crime suddenly snaps into place, everything became appallingly clear.

Doris had resembled someone I couldn’t place, had a sister, and possessed that familiar face — a face I’d known intimately once before.

I confess to toying briefly with the notion of deleting my social media and moving to another city, but I ultimately steeled myself to speak with the siblings

Doris and Phyllis were sisters.

I’d gone on a date with the sister of the very person I had just agreed to meet later that evening, a person with whom I’d held every intention of going to bed with.

I stopped dead on the street, fighting an urge to take flight, as if I could outrun my own haplessness.

A grim fantasy took shape in my head, one where I’d actually gone to meet Phyllis that night and ended up at her place instead of mine.

We would have arrived, and reluctantly she would have introduced me to the little sister.

Just imagine the confusion if Doris entered that kitchen, disinterested in whoever her sister had brought home that night, only to find her own date from earlier that same day standing there, the colour drained from his already pale and gaunt face, staring back at her in pathetic, befuddled terror.

I confess to toying briefly with the notion of deleting my social media and moving to another city, but I ultimately steeled myself to speak with the siblings. Having kissed her but 15 minutes beforehand, I decided to text Doris first.

‘Is your sister’s name Phyllis?’

I explained the situation. Awaiting her reply, I composed a message to her sister.

Their reactions were remarkably uniform: no outbursts of fury or outright repulsion. They each sent replies of incredible calm, both seemingly at ease with the disgusting quandary we’d found ourselves in.

Reading their messages one after the other, the family resemblance became blindingly apparent to me. You’d wonder how I’d missed that in the first place, but the loins, when inflamed, do tend to muddle the faculties.

Phyllis was polite, but firm. Naturally, any chance of us ever having sex again was unequivocally ended.

Doris described the situation as a ‘pickle,’ but nonetheless thought it would be worth meeting once more to see how things went. I agreed.

We endured a stilted meal a few days later, and strong drinks were had. We made light of the fact I’d had sex with her sister in the past, and we didn’t mention how I’d been hoping to do so again in the future.

The end of the date came, and we hugged and agreed to meet again. As I breathed in her scent, I imagined it smelled like her sister.

I went home and thought about messaging her, but I never did. Nor did she.

There are levels of soap opera drama that one should never willingly invite into their own lives – and this is what would have happened had it continued.

It was a terrible shame to leave it where we did, but it was undoubtedly wise.

I spent that night alone, grimly swiping on Tinder once again, but this time really studying people’s faces for any hints of recognition.

So, How Did It Go? is a weekly Metro.co.uk series that will make you cringe with second-hand embarrassment or ooze with jealousy as people share their worst and best date stories.

Want to spill the beans about your own awkward encounter or love story? Contact [email protected]

Rush Hour Crush – love (well, lust) is all around us

Tell us about your Rush Hour Crush by submitting them here, and you could see your message published on the site.