A woman has spent the last decade decorating herself with dozens of tattoos – and she’s even had her eyeballs inked.

Michaelle Di Donato, has gone from being a fresh-faced mum to a walking work of art.

The 32-year-old has covered 90% of her body with intricate designs, which has led to some judging her because of her extreme looks.

Michelle got her first tattoo when she was 21-years-old.

She was married to a man who was a strict Christian, who didn’t approve of body modification unless it had religious meaning behind it.

The Florida-based woman says she stuck to this rule when she got her first inking.

She told Barcroft TV: “My first tattoo I got with my sister; it says living sacrifice – that still holds so much meaning to me, it’s Christian.”

But while this single design used to be enough to satisfy her love for body art, she decided to get more designs done when her marriage broke down. 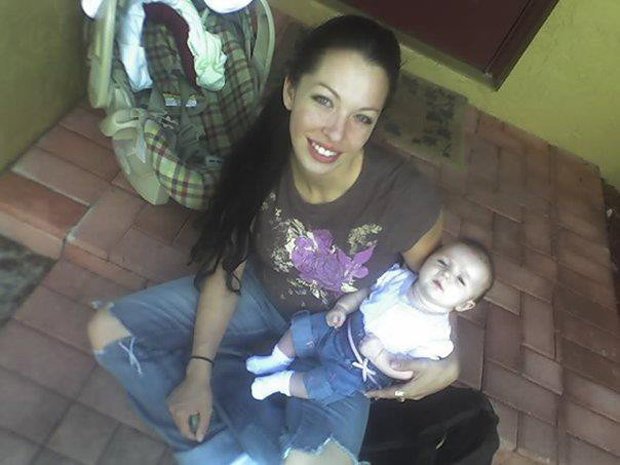 Following the end of her marriage, Michelle decided to get tattooed all over.

She revealed: “I have always been extreme, I used to be an extreme Christian, now I’m extremely modified.”

The ink fan has since had designs etched all over her body – many of which were done by her second husband Chris.

She runs a South Florida tattoo studio with her partner, called All City Tattoo.

And while many have supported her body modification transformation, some worry she’s taken her hobby too far. 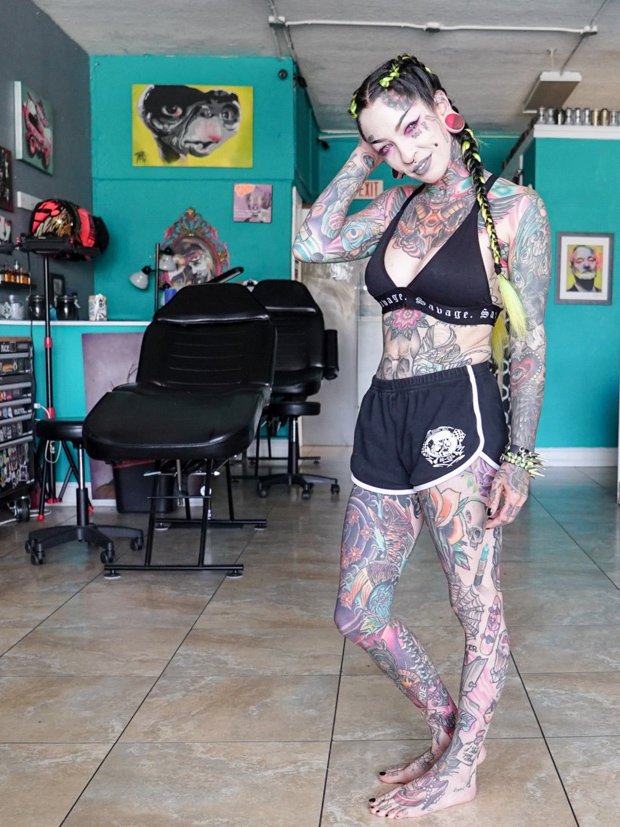 She said: “I was very upset about it, it was one thing that upset me more than anything, probably because I love Michelle’s eyes.

“If I’d have known that Michelle was going to wind up with having so many tattoos, I would have enrolled her in an all girls’ boarding school and kindergarten.”

Despite her parent’s reservations, the tattoo enthusiast doesn’t regret getting the procedure done.

She confessed: “I was not worried about damaging my eyes.

“I go through times of, like, craziness, and that was definitely one of those times.” 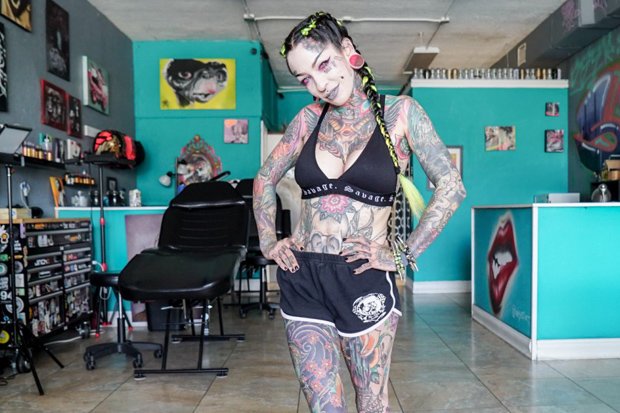 Even though Michelle’s appearance has changed over the years, her religious beliefs haven’t.

While some find it hard to connect her extreme appearance with Christianity, the mum-of-three insists its an important part of her life.

She explained:  “A common misconception about me is that I am Satanic, people don’t expect me to be Christian…

“I don’t see any conflict with my faith, and the way I look because God doesn’t see us for our outer appearance.”

As many have preconceptions about body art, Michelle hopes speaking out will stop her from getting stared at when she’s out in public.

She said: “It’s not like I’m disgusting or something, like what the f***? You know? I just have tattoos.”

While the mum has spent the last decade honing her tattooed appearance, she says she’s finally satisfied with her looks.

In the coming years, she plans to focus her attention on her three children.

She gushed: “For my future, all I want to do is see my kids get married and grow up and be happy.