The Andrews government has vowed to fight attempts by the federal government to override state anti-discrimination laws, paving the way for a possible High Court stoush over religious rights. 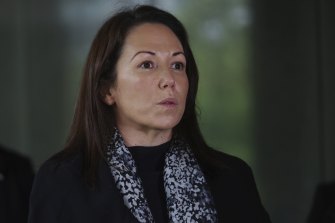 At the same time, the Victorian Parliament is debating equal opportunity law amendments that ban religious schools and other institutions from sacking or refusing to employ teachers because of their sexuality or gender identity or marital status.

The clash of the two bills, the latest battle in Australia’s long-running culture wars, comes with both levels of government due for election next year.

On Wednesday, Victorian Attorney-General Jaclyn Symes said while it was a “little unclear” what the Coalition’s intentions were, she would not rule out any action – including a High Court challenge – to defend state laws.

She said she was waiting for legal advice before a decision about how to respond. “If there are any attempts to water down the Victorian laws, which aim to protect people in organisations from being discriminated against based on their sexuality, their marital status, etc, then I will be very firmly opposed to any measures that do that.”

Rachel Colvin is a committed Christian who was effectively forced to resign from her job at Ballarat Christian College in 2019 after refusing to sign the school statement of faith that declared “marriage can only be between a male and a woman”. Ms Colvin has a husband, Mark, and she has three children. She grew up in an evangelical Christian household and has been a missionary.

She had taught happily at the evangelical college since 2008 but in the wake of the marriage equality debate, the school sought to firm up its position on issues such as marriage and homosexuality.

“When I read this [the belief statement] I was immediately concerned. I knew that this didn’t align with my Christian beliefs. I believe that God loves all of us,” she said.

Ms Colvin offered to teach that the school had one view about marriage but there are other Christian views. “I was hoping we could agree to disagree.” 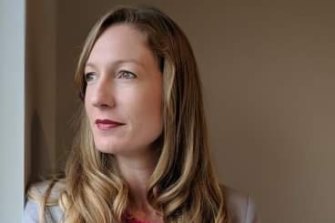 But one morning she was called into a meeting and asked to resign. “It was such a devastating time for me. I truly loved my job. I loved the students. I worked with a great bunch of people.”

After a long stand-off leaving Ms Colvin anxious and in poor health, she decided to leave the school as requested.

Under the Andrews government amendments to the Equal Opportunities Act, Ms Colvin would be better protected from discrimination. Under the Morrison bill, protections for people in Ms Colvin’s position would be rolled back.

The revised federal bill includes a new provision to protect the right of religious schools to positively discriminate in their employment practices.

If passed, it would shield people who make a statement of belief as long as it is made in good faith, is in line with the teachings of their religion, is not malicious and does not vilify or harass.

In contrast, Victoria’s proposal would leave religious schools in the state prohibited from sacking or refusing to employ teachers because of their sexuality or gender or marital status.

Victorian upper house MP Fiona Patten said if the federal bill were to pass in any form that threatened to override Victoria’s anti-discrimination laws, the state government should launch a High Court challenge.

“Were it to pass, it would sideline Victoria’s anti-discrimination tribunal, and, in effect, create and enshrine a right to be a bigot,” she said.

Fascinating answers to perplexing questions delivered to your inbox every week. Sign up to get our new Explainer newsletter here.