The Morrison, Perrottet and Andrews governments all delivered laws over the past year that followed “unacceptable” practices and helped undermine confidence in how legislation is put together, an independent analysis has found.

A report produced for the Evidence-Based Policy Research Project found laws that changed everything from the number of people a party needed to become registered to a crackdown on protesters failed to be properly debated, opened to scrutiny and considered against other options. 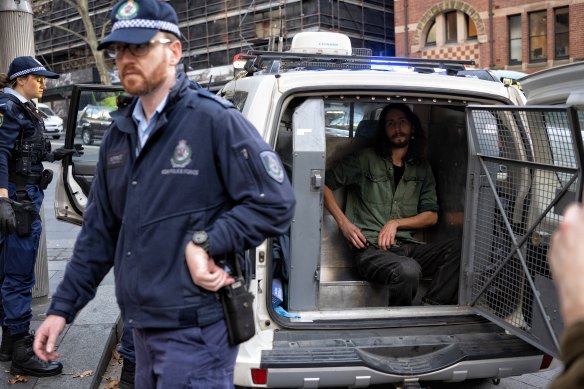 Laws aimed at protesters disrupting traffic in NSW were among those ranked as the poorest put together by governments in Australia over the past 12 months.Credit:Nick Moir

Every year, the research project uses a left- and right-leaning think tank to assess the creation, debate and passage of laws passed over the previous 12 months at the federal level and across NSW, Queensland and Victoria.

Experts from the left’s Per Capita Australia and the right’s Blueprint Institute benchmarked 20 pieces of legislation against 10 separate criteria.

They included whether there was a need for the law, its objectives, alternative options, how it would work, if a government considered all the pros and cons, parliamentary debate and the consultation process.

The worst-ranked piece of legislation by both think tanks was the Morrison government’s change to federal electoral law that increased the number of members a party must have to be registered to 1500, from 500. It also stops a party that has a similar name to an existing party from being registered.

Of the 10 criteria, Blueprint and Per Capita found the legislation passed just two – that it had set objectives and that the law was properly communicated.

Five other laws were ranked as unacceptable. They included Victoria’s windfall gains tax on rezoned land that increases in value, NSW’s road user charges on electric vehicles as well as that state’s new laws aimed at protesters who disrupt traffic.

Two federal laws, covering the six-month reduction in fuel excise and changes to foreign intelligence laws, were also ranked among the poorest of the past 12 months.

The chair of the project’s governing committee, former NSW Treasury secretary Percy Allan, said faulty decision-making processes at all levels of government contributed towards corruption, misallocation of resources and waste of public money.

“Having auditors-general, integrity bodies and select committees of inquiry rake over failed policies and processes does not fix the underlying problem, which is that no government in Australia consistently addresses the above questions when making policy,” he said. 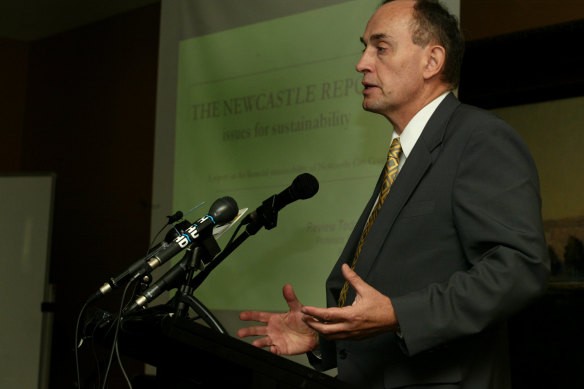 Western Sydney University chancellor and former secretary of the Department of Prime Minister and Cabinet, Peter Shergold, said policy and lawmaking had to improve.

“Having just completed a review of Australian governments’ response to COVID-19, I am utterly convinced that we cannot make good policy decisions in a crisis if we are not better practised at developing evidence-based legislation during more ‘normal’ times,” he said.

“Assessing the diversity of short- and longer-term costs and benefits, based on wide-ranging stakeholder consultation, is vital.”

Of the 20 pieces of legislation reviewed by the two think tanks, just three were found to follow outstanding processes.

These included Queensland’s changes to housing laws aimed at improving the security of renters, NSW’s laws that now allow for the mandatory testing of blood where someone has tried to spit or put other bodily fluids on a police or emergency worker, and the Morrison government’s changes to the definition of casual work and awards.

Two pieces of law, in Queensland and at the federal level, were found to follow acceptable processes while another nine across all jurisdictions were found to be mediocre.

Per Capita executive director Emma Dawson said all governments, of both political persuasions, continued to struggle with the creation of new laws.

“As in previous years, our analysis shows that rigorous, evidence-based processes to design and implement policies are undertaken inconsistently at all levels of government, regardless of their political persuasion,” she said.