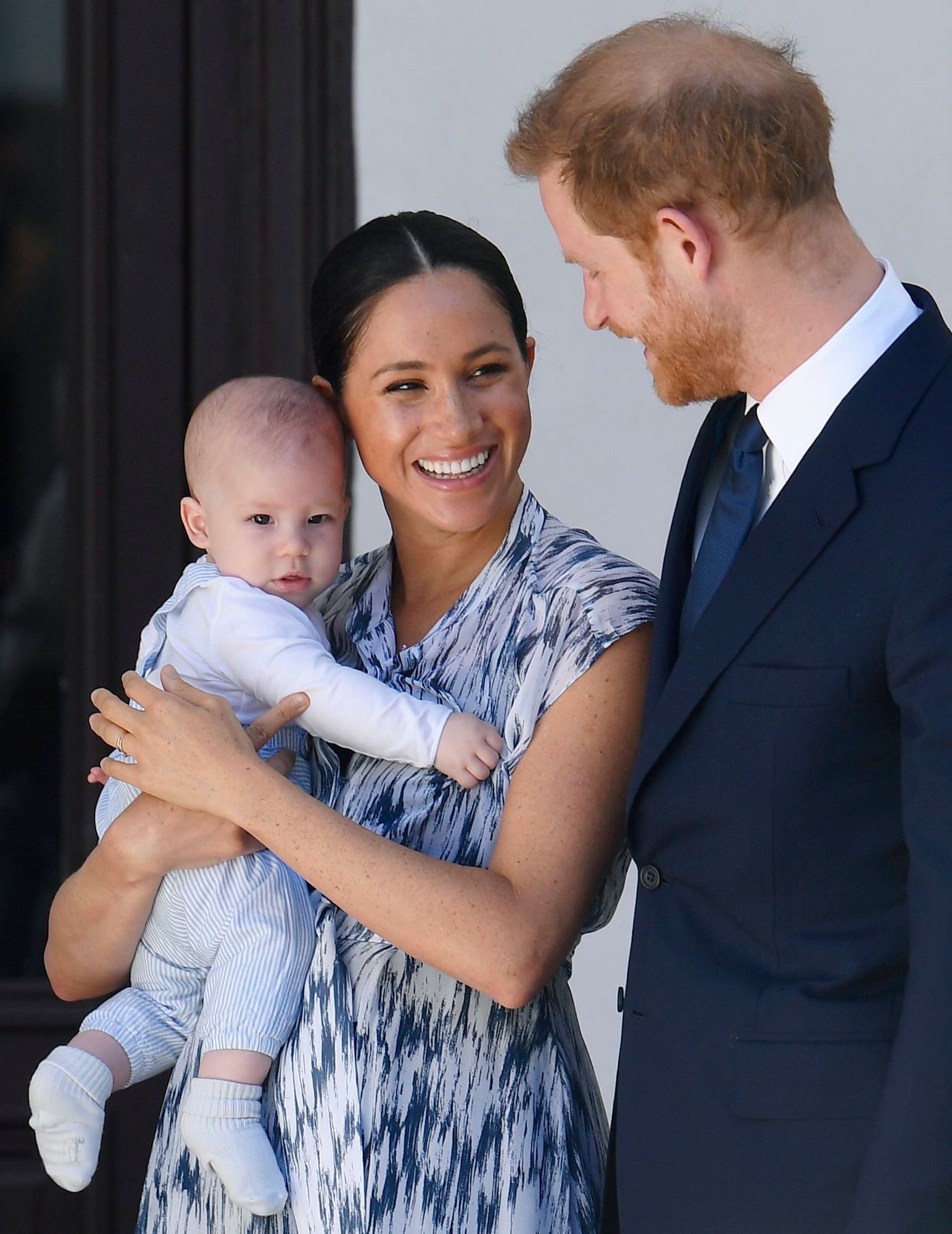 Changing direction? Meghan Markle joked she has some work to do if she wants her and Prince Harry‘s kids to be more “self-sufficient” in the future.

The duchess, 41, spoke with Mellody Hobson, the chairwoman of Starbucks Corporation and co-CEO of Ariel Investments, on the Tuesday, November 8, episode of her “Archetypes” podcast. At one point during their conversation, the Princeton University alum recalled finding her own orthodontist as a kid.

“I went to the appointment by myself,” Hobson told the Suits alum. “I had these horrible teeth. I was in sixth grade. … I asked all of my friends who their orthodontist was and I called and made an appointment.”

The former Dreamworks Animation chairwoman remembered being alone in the exam room as the doctor explained she would need braces. “He told me it was $2,500 — he’s telling this to a 12 year old. … And he gave me a payment plan,” she continued. 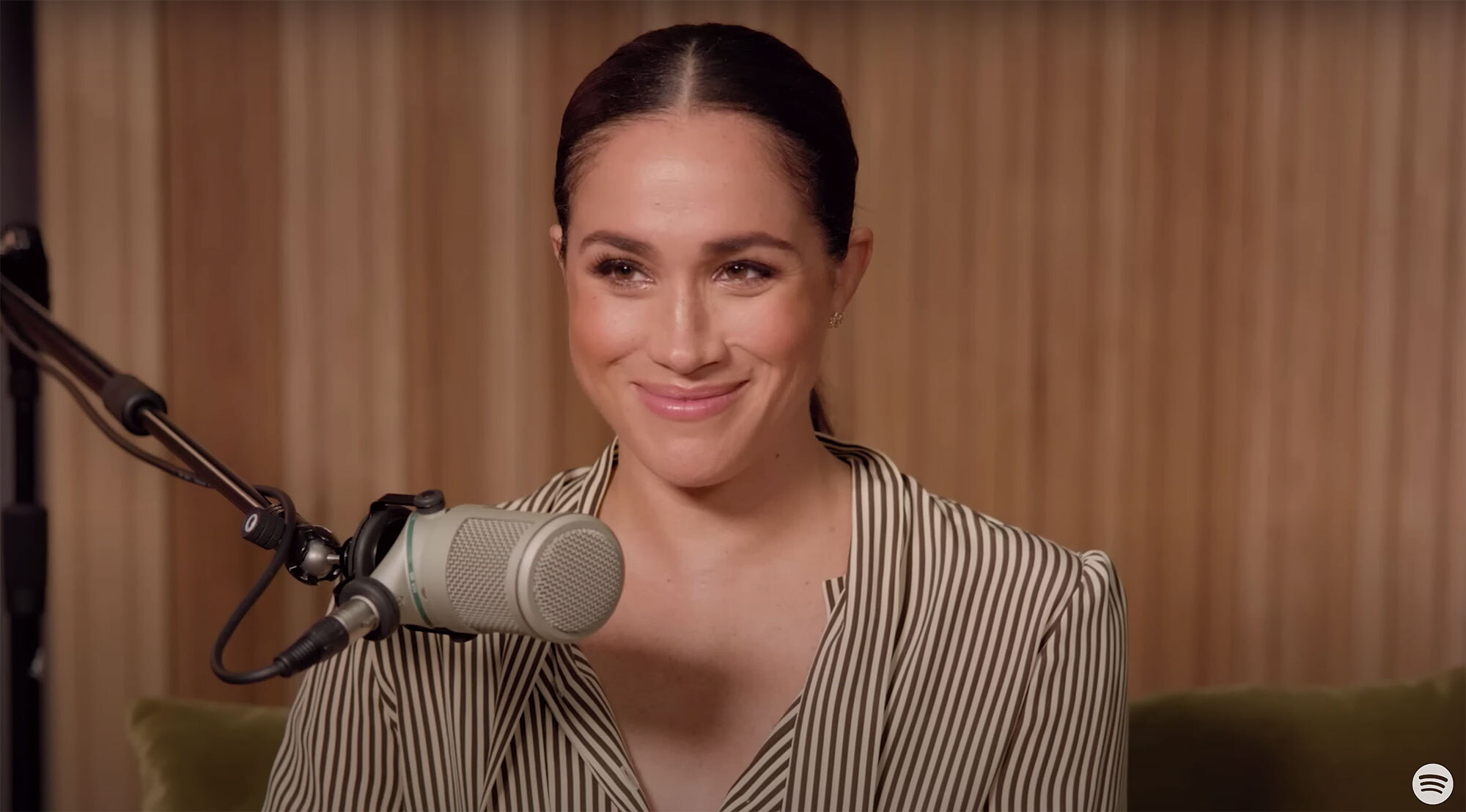 Meghan felt inspired by hearing her guest’s story, teasing, “I have to rethink my parenting style. If that’s what yields you, then I’ve really got to up my game with our kids being self-sufficient.”

The Deal or No Deal alum welcomed son Archie and daughter Lilibet with Harry, 38, in May 2019 and June 2021, respectively. The family of four reside in California, where they moved following the Sussexes’ step down from their senior royal duties in 2020. While the couple try to keep their little ones out of the spotlight, the proud parents have given rare glimpses of Archie and Lili’s milestones over the years.

“Archie is very, very busy,” Harry gushed during a video call with WellChild Award winners in October. “And Lili is learning to use her voice, which is great.”

Meghan gave her podcast listeners another update on life as the mother of two earlier this month. “I’m sure it’ll only get more chaotic as they get older,” she said on the November 1 episode. “But for me, it’s, you know, both monitors on for the kids to hear them, always up with Lili, get her downstairs, then a half hour later, Archie’s up. I start doing his lunchbox right before he’s up while I have her, getting her a little nibble. My husband’s helping me get him downstairs.”

She added: “I make breakfast for all three of them. It’s very important to me. I love doing it. To me, it just feels like the greatest way to start the morning.”

The Bench author has been candid about wanting to raise independent children, previously telling Variety that she and Harry will support whatever Archie and Lili want for their futures — even if they want to follow in her acting footsteps.

“When you become a parent, you genuinely want your kids to find the things that bring them complete joy,” she said in an October interview. “They’re our kids, obviously, and they’re part of a legacy and a tradition and a family that will have other expectations. But I want them to be able to carve out their own path. If it’s the entertainment industry, great. And also, good luck.”

11/08/2022 Lifestyle Comments Off on Meghan Markle Jokes About Changing Parenting Style: Time to 'Up My Game'
Recent Posts