Find out EXCLUSIVE details about the gorgeous emerald and diamond ring that Machine Gun Kelly gave to Megan Fox when he proposed on Jan. 11.

Megan Fox, 35, is now sporting a magnificent engagement ring thanks to her fiancé, Machine Gun Kelly, 31. Following the A-list couple’s romantic engagement on Jan. 11, celebrity jeweler George Khalife, better known as “George the Jeweler,” spoke to HollywoodLife EXCLUSIVELY and shared details about Megan’s ring, including why it’s “the perfect representation of their relationship.”

“I love Megan’s engagement ring,” George said. “It’s the perfect representation of their relationship; two stone rings symbolize two coming together to become one: Emerald her birthstone and diamond his. The ring appears to be seven or eight carats each and I’d guess this ring costs $400k. I’ve been seeing two stone engagement rings more and more lately. Good quality emeralds, like we see in Megan’s ring, are rare and special because of their temperament and valuable,” he added.

MGK and Megan got engaged after over a year and a half of dating. They each shared videos to Instagram of the moment the “Bloody Valentine” rapper got down on one knee to ask the Transformers star to be his wife. In his caption, MGK explained more about the engagement ring he chose for Megan. “I know tradition is one ring, but i designed it with Stephen Webster to be two: the emerald (her birth stone) and the diamond (my birth stone) set on two magnetic bands of thorns that draw together as two halves of the same soul forming the obscure heart that is our love,” he wrote. 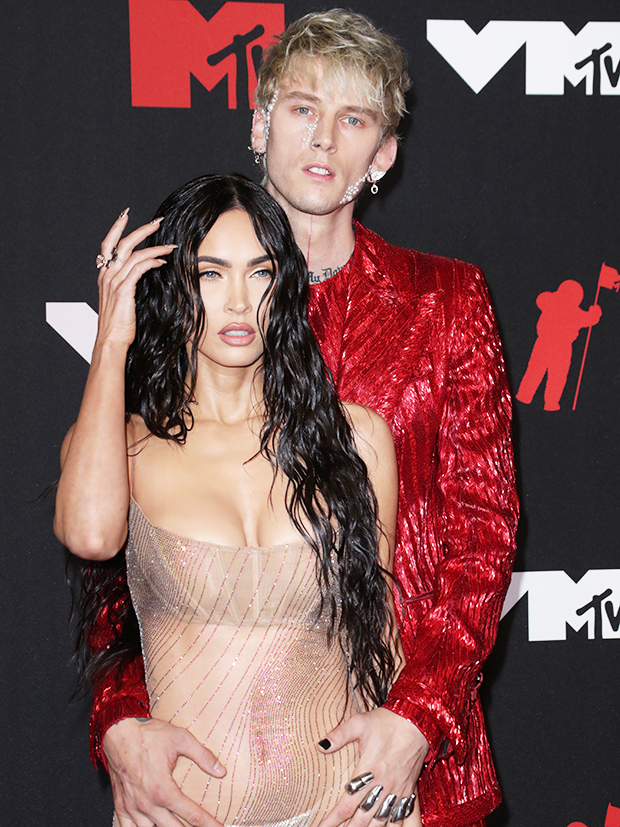 As fans know, MGK and Megan started dating in 2020, and made their romance public after Megan’s official separation from husband Brian Austin Green, 48, that May. Megan shares three sons, Noah, 9, Bodhi, 7, and Journey, 5 with Brian. MGK has never been married before, though he does have a daughter, 12-year-old Casie Colson, with ex Emma Cannon.

After just a few months of dating, HollywoodLife reported EXCLUSIVELY in October 2020 that MGK was already wanting to marry Megan. “MGK’s friends have never seen him like this before, he’s so in love with Megan and pretty much spends all his time with her,” the source said. “He says he wants to marry her and he wants her to have his baby, he talks about that very openly. Being with her has definitely tamed him, he’s laser focused on her and doing whatever he can to make her happy. It’s very sweet to see him so in love.”

01/14/2022 Lifestyle Comments Off on Megan Foxs $400K Engagement Ring: All About Her 8 Carat Rock From Machine Gun Kelly
Recent Posts