Megan Fox’s Basic Magazine cover look is not so basic.

The “Jennifer’s Body” actress, 35, fronts the fashion glossy’s latest issue wearing a quirky heart-shaped bra by Paskal, continuing her habit of turning the tiniest of tops into suitable shirts.

Fox paired her look with her stylist Maeve Reilly’s own pair of Good American jeans.

“Jeans off my body for this look!,” Reilly revealed on Instagram. “Legit will do anything for my girls and to get the shot!”

Inside the issue, Fox poses in a series of other sexy looks, including a LaQuan Smith catsuit riddled with cutouts, a strapless red latex dress by Hakan Akkaya and a plunging Magda Butrym bodysuit-and-blazer combo — the latter styled sans pants.

It seems the stylist has eased the “Midnight in the Switchgrass” star into showing more skin; Fox recently revealed that she almost didn’t wear the jaw-dropping Mugler dress Reilly chose for her post-ayahuasca journey appearance at the 2021 Billboard Music Awards appearance with boyfriend Machine Gun Kelly.

“My stylist was like, ‘We want you to wear this’ and I was like, ‘I was just talking to God in the jungle, I’m not ready to wear that,’” she said earlier this month.

She eventually worked up the courage thanks to some plant medicine she took home: “F—k it, I’ll just have some Peruvian tobacco, I’ll wear this thing,” Fox recalled thinking. 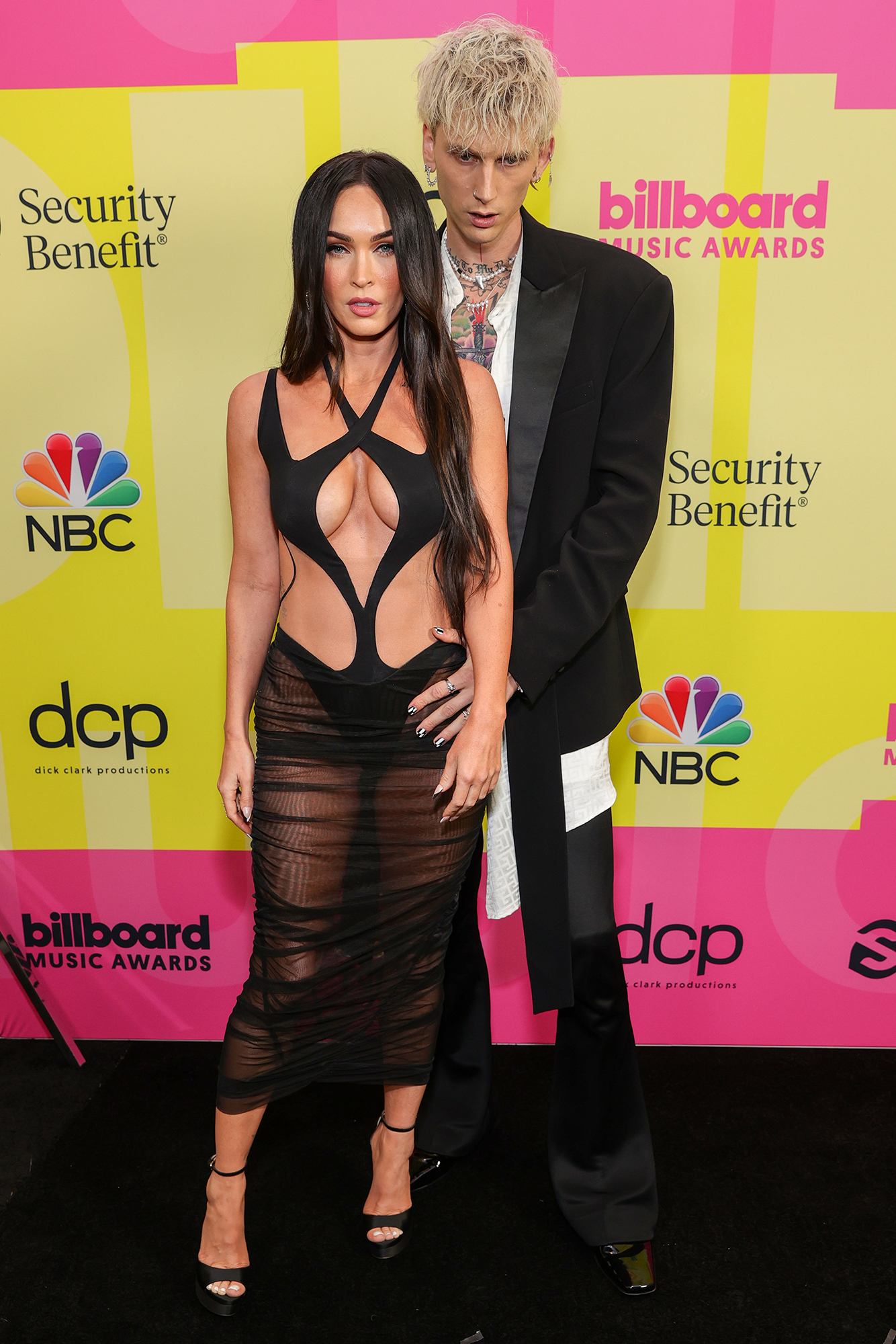