The biscuits have been a family favourite for decades – but these new flavours mark a departure from the usual milk, dark chocolate or plain versions. 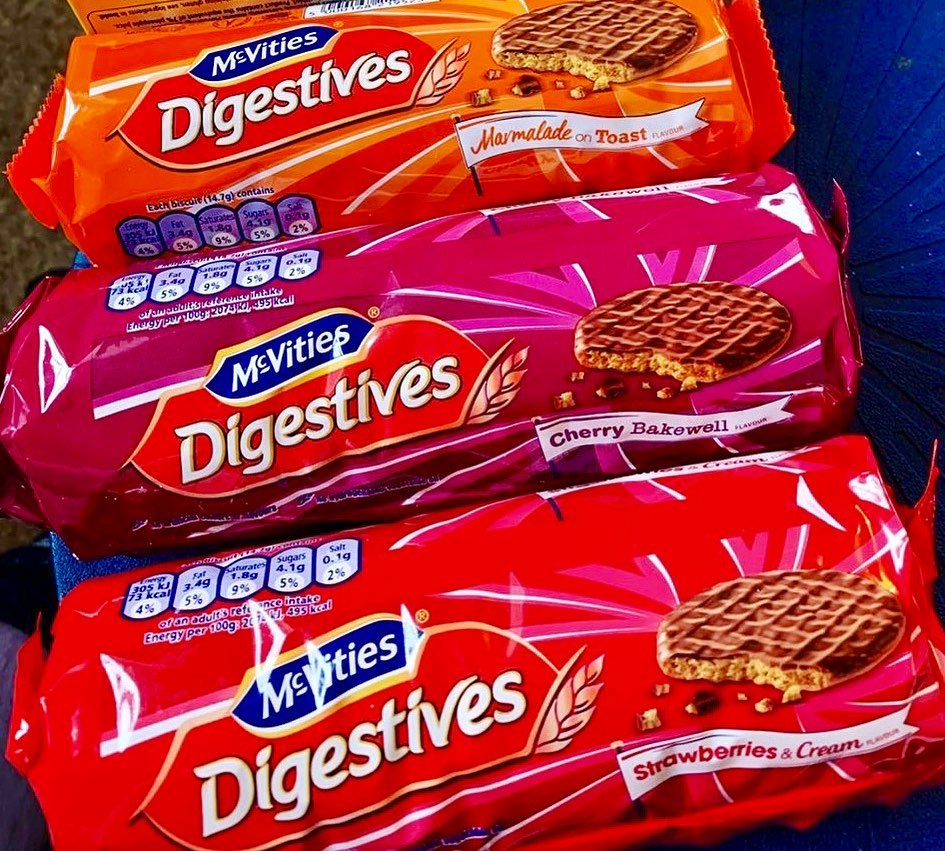 At the moment, we can only find the new flavours in Morrisons – although the supermarket said they do not have them exclusively, so you may be able to find them elsewhere.

Morrisons confirmed all three new products are available in store, but only the strawberries and cream flavour are currently listed on the website.

They are on sale for £1.50 for a 250g packet, and the packs contain around 17 biscuits, according to the manufacturer.

That makes them more expensive than plain Digestives, which Morrisons currently sells for £1 for the same sized packet.

Chocolate digestives are currently on offer at the supermarket for £1.50 for a larger 433g packet.

The new flavours are Digestive biscuits covered in milk chocolate, with the different flavours added in.

Each biscuit contains around 75 calories – roughly the same as regular chocolate Digestives.

They were spotted by Instagram user Iain Torley who posted them to the NewFoodsUK group.

Commenters were divided on the new flavours, with some suggesting the new products were “gross” and that shoppers should “stick to the original”.

But others were more positive: one poster said the new flavours sounded “stupid good”.

This is not the first time that McVitie’s have brought out new versions of classic products.

And it has also produced a hazelnut version of Hobnobs – although only in a sharing bag.

Yesterday, we revealed that you could now buy pineapple Jaffa Cakes in Morrisons.