Supportive spouses. Kyle Richards can lean on her husband, Mauricio Umansky, amid her ongoing feud with sister Kathy Hilton.

“It was really hard [to watch],” Mauricio, 52, exclusively told Us Weekly of the Real Housewives of Beverly Hills star, 53, and her sibling drama while discussing his forthcoming Buying Beverly Hills series. “I know a lot of the stuff that’s going on in the background, which isn’t exactly what’s being put out there. … Being supportive of Kyle, I think Kyle’s a hundred percent in the right here without question.” 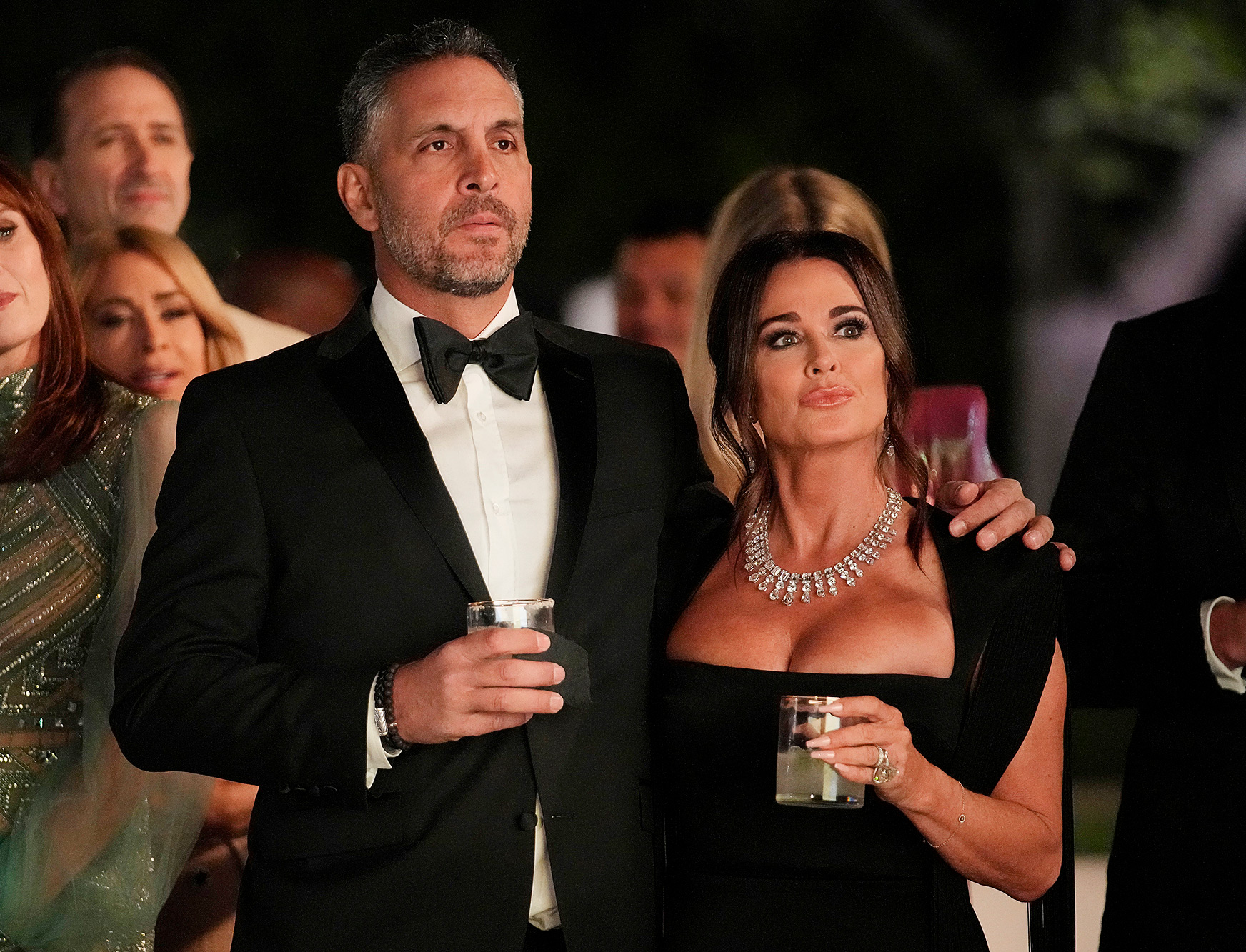 Kyle — who married the Mexico native in 1996 — and her older sister, 63, got into a heated tiff during the Real Housewives of Beverly Hills season 12 cast trip to Aspen. While the alleged fight was not captured on camera, Lisa Rinna later claimed in a confessional that the I Want to Be a Hilton personality had an “absolute meltdown” after venting about her relationship with Kyle. (The former child star and Kathy are also sisters of Kim Richards.)

Despite a tense season 12 reunion — which aired earlier this month — the Halloween Ends actress has been candid about wanting to mend fences.

“I’ve always said, I always forgive and forget. I care about all these people up here,” Kyle said during the cast’s BravoCon panel in October. “I love her, she’s my sister, of course. … I don’t wanna fight with anybody. My friends or my sister.”

While the Paris in Love alum did not participate in the convention panel with the group, she told Us later that day that she’d be open to a reconciliation with Kyle because they’re sisters and “nobody’s going to come between us.”

As the two California-based siblings remain at odds, their families have stayed close. (Kyle and the Agency CEO share daughters Alexia, 26, Sophia, 22, and Portia, 14, while Kathy and husband Rick Hilton are the parents of Paris, 41, Nicky, 39, Barron, 32 and Conrad, 28.)

Biggest ‘Real Housewives’ Feuds Ever — And Where the Relationships Stand Today

“With my cousins, we do try to keep it separate as much as possible,” Farrah Brittany, Richards’ daughter with ex-husband Guraish Aldjfrie, told Us during her joint interview with Mauricio. “We are very close, so we try not to get involved in their stuff, but, you know, I always will have my mom’s back.” 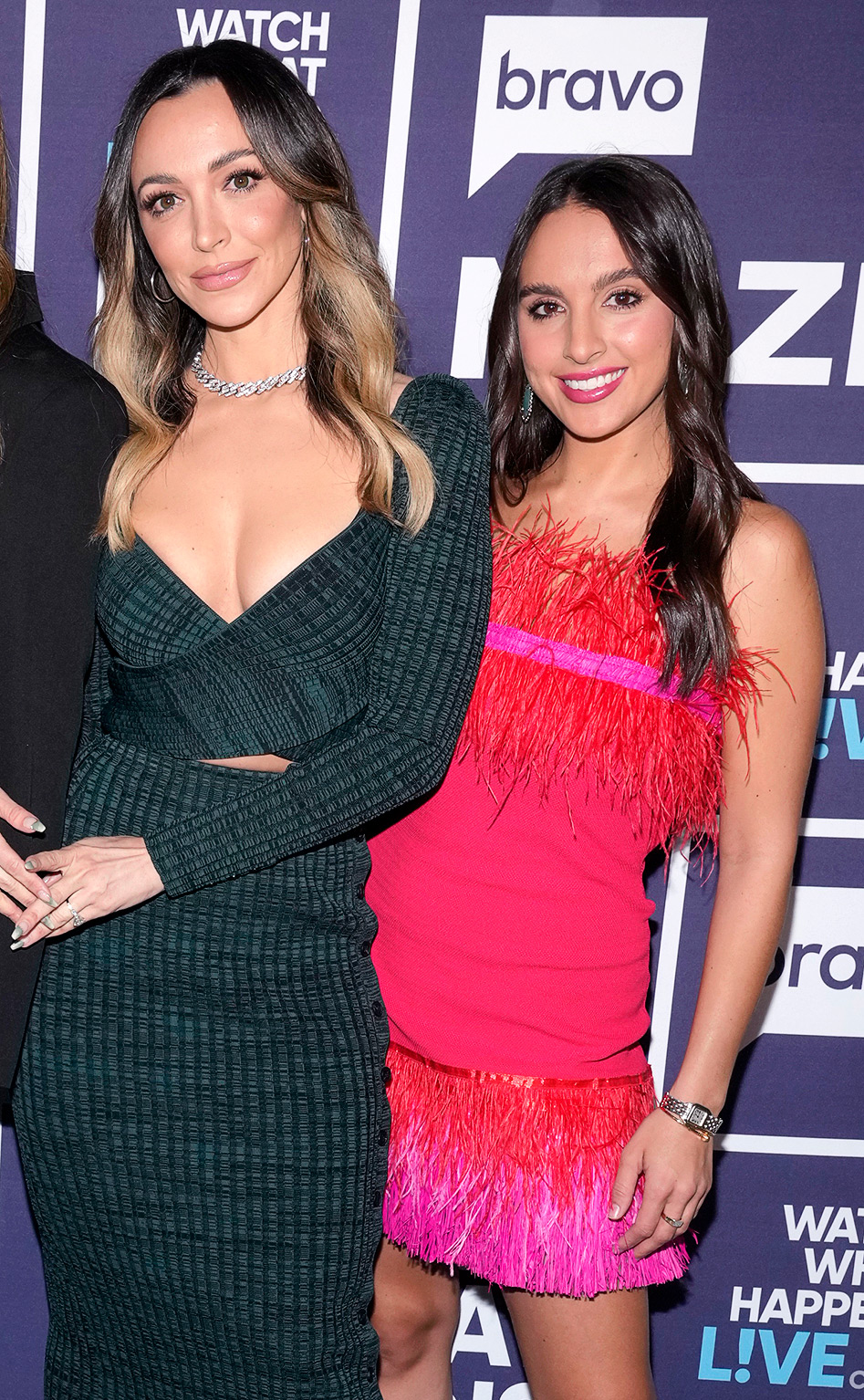 Adding to the family’s reality TV credits, Mauricio, Farrah, 33, and Alexia, will showcase their dynamic as coworkers on Buying Beverly Hills.

“I’m sitting here watching all the other real estate shows [and] I’m watching what they’re delivering on,” Mauricio told Us about signing up for the Netflix docuseries. “I think that there’s a great opportunity for another real estate show to deliver on a different angle than what’s out there and I just thought it would be a lot of fun. I also wanted to take that approach that we have taken, which is watching young professionals and grow in their careers.”

Buying Beverly Hills follows young Agency brokers — including Farrah and Alexia — as they hope to make a name for themselves in the luxury real estate market in California. The reality TV patriarch, as the firm’s executive, plans to oversee their progress and share plenty of “teachable moments” along the way.