MARTIN Lewis is warning everyone with an overdraft to cut their balance NOW before rates increase.

The founder of MoneySavingExpert.com pointed out in his weekly newsletter that almost every bank will soon charge around 40 per cent in interest as new rules are being introduced by the Financial Conduct Authority (FCA). 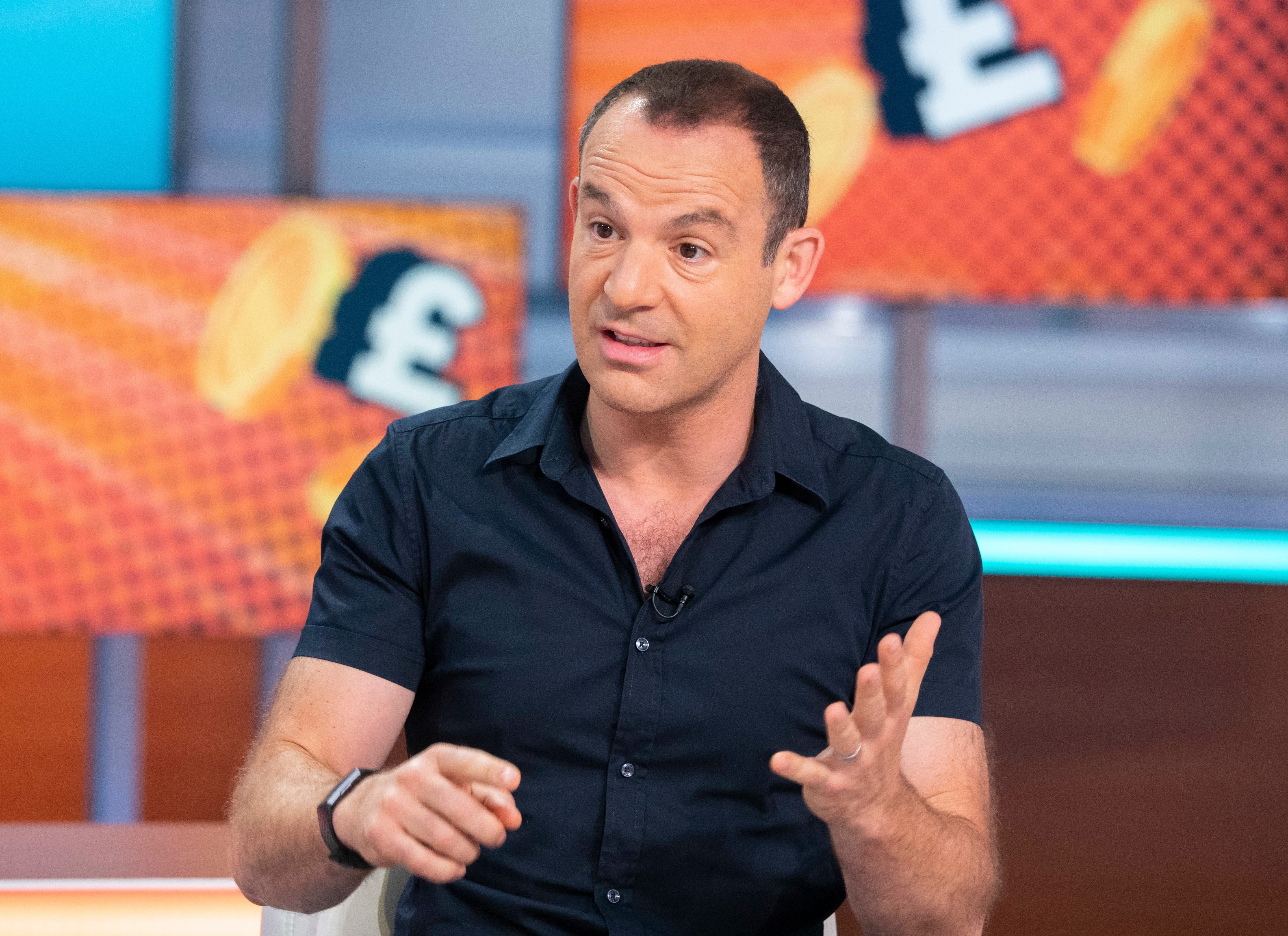 From April 6, banks will be banned from charging unarranged overdraft fees, although they can still charge interest rates.

And while seven in ten – or 18.2million people – will be better off as a result, the FCA says, this means around 7.8million will be in a worse position.

But some banks are bringing in the new rules sooner.

Nationwide hiked its interest rates in November, while HBSC, First Direct and M&S will increase theirs from tomorrow – March 14.

Other major banks will then follow over the next few weeks.

The worst hit overdraft users will be those with large authorised overdrafts of more than £600, who could see costs double, Martin warned.

Those who just occasionally dip into overdrafts, or only have small ones, will find this new system cheaper if they used to have daily fees, he added. 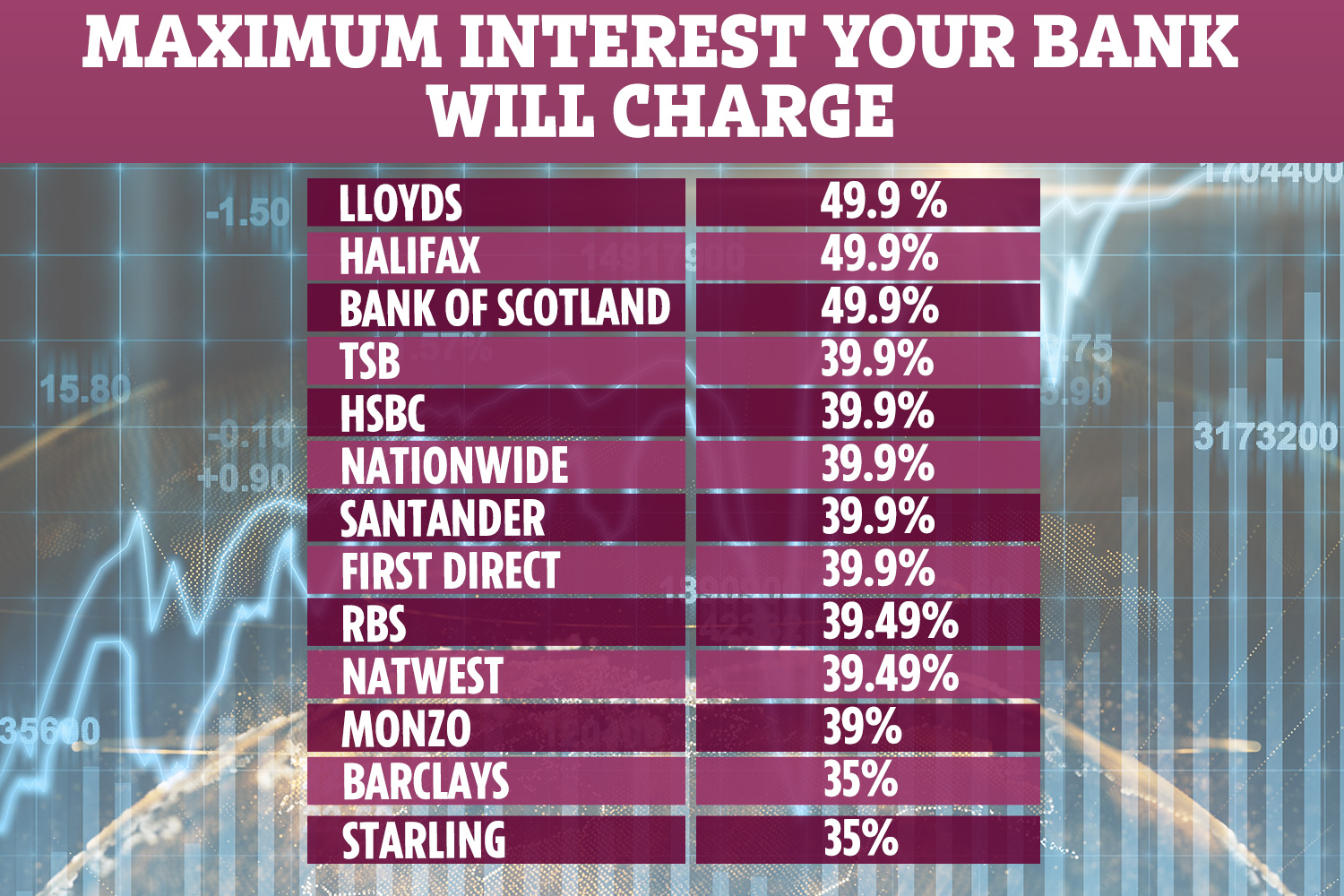 Martin wrote in his newsletter: "Overdrafts are the new danger debt – double the interest of high street credit cards.

"Last year the regulator, the FCA, ruled that from April 6 this year, all banks must replace daily/monthly fees with a single interest rate to improve transparency.

"It has succeeded – the new rates are transparently hideous. Almost every bank will now charge around 40 per cent."

Lenders currently charge between £2 to £30 a month for an arranged overdraft, while unarranged fees can be much higher – up to £6 a day or £80 a month, which can add up to hundreds of pounds.

But as outlined in the table above, banks must charge a flat-rate interest for both arranged and unarranged overdrafts.

There are some exceptions though – Lloyds Banking Group, which includes Bank of Scotland, Halifax, and Lloyds Bank, as well as Monzo and Starling have taken it one step further by introducing so-called "risk-based" pricing.

When it comes to digital bank Monzo, it will introduce three interest rates depending on your credit score – 19 per cent, 29 per cent, and 39 per cent.

How to cut your overdraft balance

There are a few ways to cut overdraft costs, and which suits you will depend on your situation.

To simply stop spending is easier said than done when you've got bills to pay.

But it's not impossible to cut down on your outgoings if you are on a mission to reduce your overdraft.

Do a proper budget and have a look at what you’re spending on.

Are you paying too much on your bills? If you haven’t switched energy, insurance and broadband recently, then it’s likely you could save £100s or even £1,000s over a year.

Use comparison sites such as Uswitch, Money.co.uk or MoneySuperMarket to find the best deals for you.

Moving bill payment dates can be risky if you’re not disciplined, but if you move them to just before payday rather than just after, many will be in credit (or less in the red) for less of the month.

This means you’re charged less for the overdraft.

But – remember those bills are coming out, so don’t treat it like you’ve extra money to spend.

If you are in your overdraft you can still switch accounts.

But your new bank will likely want to see your last three to six month statements to ensure you to have kept within your agreed overdraft limit during that time.

One option is to get a no-fee account and then use the savings to pay off your debt, if you manage to switch accounts.

NOT sure how it works? Here's all you need to know and what you should check before:

If you dip more into the red than that, keep in mind that you'll be charged a hefty 39.9 per cent on both.

People with larger overdrafts could try Nationwide's FlexDirect account, Martin advises, as it offers a 0 per cent overdraft for a year.

The limit depends on your credit score though, and the bank won't say the maximum amount you can get.

After a year, the rate also rises to 39.9 per cent so it's not a permanent solution.

Shift your overdraft to a money transfer card or loan

If you're still struggling to get out of debt, you can consider getting a money transfer credit card to help you pay it off – but keep in mind you'll pay a fee to shift the debt.

It is similar to a balance transfer card, but instead of switching a balance from one card to another, the money is transferred to your bank account so you can use it to clear your expensive overdraft.

If your overdraft is £1,000 or more then it may be worth considering taking out a personal loan instead that charges a lower rate than your overdraft fees.

You can then choose to clear the debt over 12 months in instalments.

IT'S not just about making overdrafts cheaper, you need to manage your overdraft too, says Martin Lewis.

If you do decide to go down this route, make sure that you cancel your overdraft limit on your current account as you don't want the temptation of being able to dip into your overdraft at the same time.

Also keep in mind that lenders are only required to give the marketed top rates to 51 per cent of applicants, so you're not guaranteed to get it.

Plus be careful when applying for credit as multiple applications make you look desperate to lenders and you could end up damaging your credit score.

You can compare money transfer card and loans on comparison sites such as GoCompare, Moneyfacts and MoneySupermarket.

What if I can't afford the new charges?

Banks have been warned by the FCA to help customers with large overdraft debt.

It suggests banks and building societies waive or reduce interest or continue overdrafts at the current rate where people are struggling.

Alternatively, they could set up a repayment plan that could include moving borrowers to more suitable products, such as personal loans that will likely have much lower interest rates.

If you're struggling, contact your provider as soon as possible to discuss your options.

Related posts:
03/13/2020 Lifestyle Comments Off on Martin Lewis warns everyone with an overdraft to cut their balance NOW before rates increase – The Sun
Recent Posts
We and our partners use cookies on this site to improve our service, perform analytics, personalize advertising, measure advertising performance, and remember website preferences.Ok