No kitchen mishaps for Martha Stewart! The lifestyle guru joked that she’s immune to any disasters related to preparing and cooking food.

Though Stewart, 78, told Us Weekly in an exclusive interview on Tuesday, March 10, that “we all” have food faux pas from time to time, she prefers to focus more on how to properly react when things go wrong. As she put it, “Every chef has a food failure but, you know, you cover it up.”

When asked what she would do if a dinner she was preparing went terribly wrong and completely fell apart, she noted that such a disaster has never occurred on her watch. “That hasn’t happened. It can’t,” she quipped. 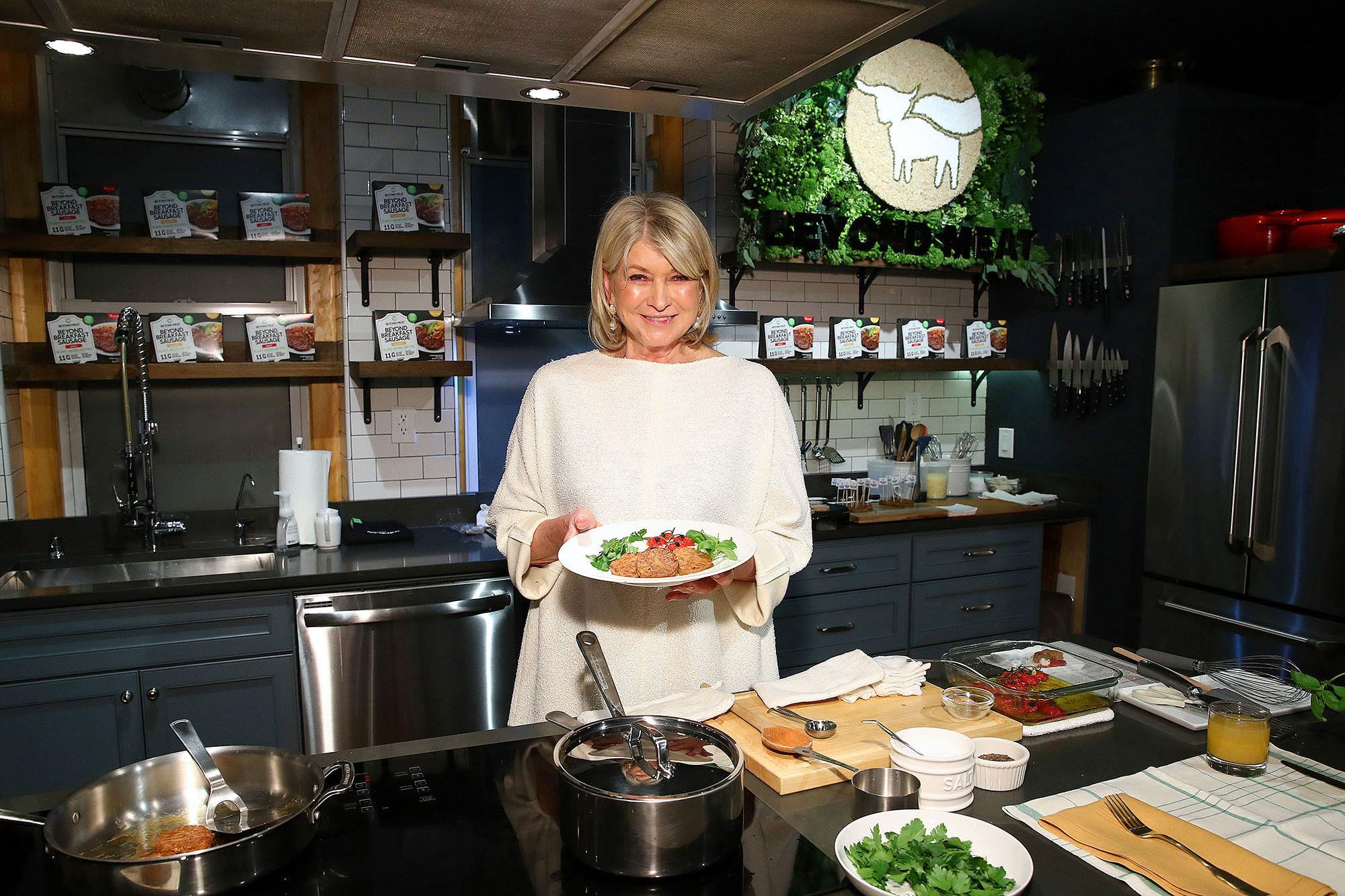 Thankfully Stewart didn’t experience any mishaps when preparing food for several important figures over the years — among them a group of international publishers. “I think one of my favorite meals I ever cooked was an American meal for Chinese publishers way, way, way long ago,” she told Us. “They were visiting America for the first time and I wanted to treat them to an American meal in Westport, Connecticut, at the old Turkey Hill farmhouse.”

To wow the group, which was comprised of her ex-husband Andrew Stewart’s work colleagues, the Martha Stewart’s Cookies author served an array of classic American dishes. “I served them artichokes. They did not know what to do with an artichoke. And I’d served them baby lamb chops. And they didn’t know what to do with baby lamb chops,” she recalled. “I made them apple pie for dessert, and lemon meringue pie … that was a fun dinner.”

Stewart has also cooked for astronaut John Glenn, who she recalled was “always hungry” because he “didn’t get very good food in outer space,” and several renown French chefs including Roger Vergé and Paul Bocuse.

Though Stewart told Us she was “a wreck” when cooking for those distinguished individuals, one thing she doesn’t sweat is preparing meals with Beyond Meat. The multi-hyphenate recently teamed up with the brand to help launch its newest retail product, Beyond Breakfast Sausage, and even came up with two recipes using the food that are basically error-proof — a Beyond sausage frittata with spinach and onions andBeyond sausage and grits with roasted tomatoes. 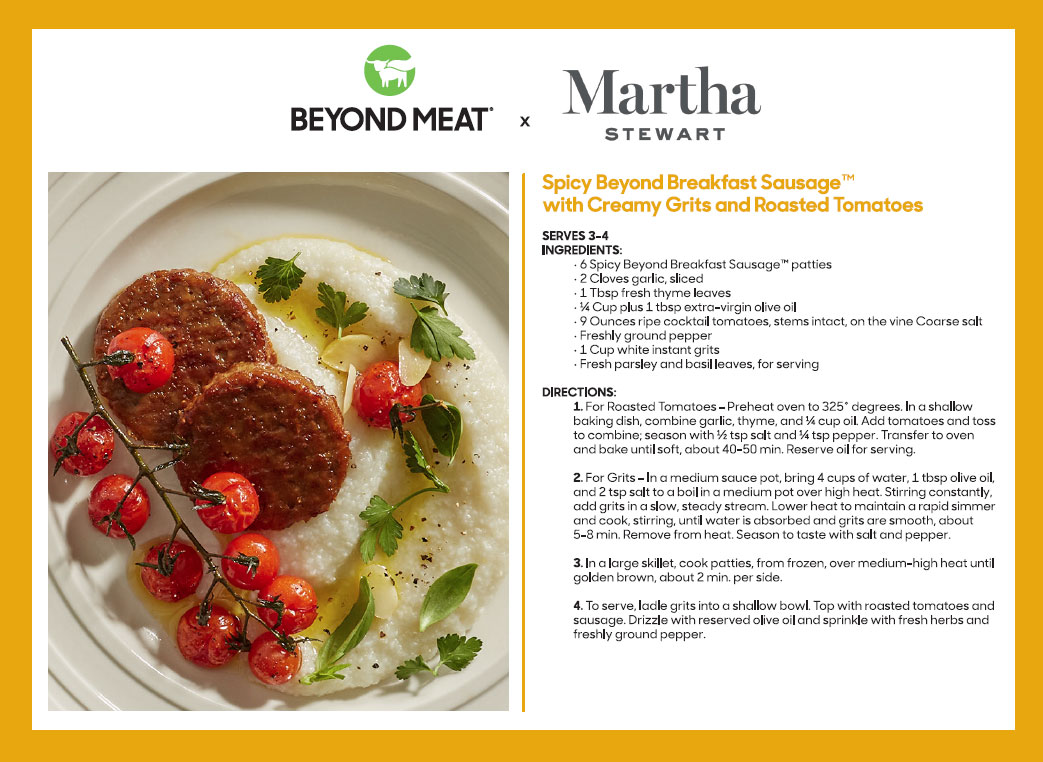 “I like coming up with new ideas for breakfast. I’ve wanted to do something with grits because I love grits and grits are usually served with a big slice of ham or some sausages and maybe some fried green tomatoes and some hot sauce,” she said of the latter dish. “We simplified it a lot by cooking simple, delicious white corn grits with sausage patties, and delicious roasted-in-the-oven-in-olive-oil cherry tomatoes, because I like them a lot.”

The Martha Manuel author added: “It’s not only delicious, it’s really pretty too.”

With reporting by Marc Lupo

Related posts:
03/13/2020 Lifestyle Comments Off on Martha Stewart Jokes She's Never Had a Food Fail: 'It’s Inappropriate'
Recent Posts
We and our partners use cookies on this site to improve our service, perform analytics, personalize advertising, measure advertising performance, and remember website preferences.Ok