As Will Ferrell’s Buddy the Elf once said, “The best way to spread Christmas cheer, is singing loud for all to hear!” Mariah Carey, Kelly Clarkson and more musicians have taken that message to heart — releasing their own original holiday songs over the years.

Wham! seemingly kicked off the trend of recording fresh and festive songs for the season with its 1984 hit, “Last Christmas!” Carey’s 1994 classic “All I Want for Christmas Is You,” however, took holiday songs to the next level.

“I put on It’s a Wonderful Life. I was in a tiny bedroom [in] upstate New York with a Casio keyboard,” Carey told Yahoo! Entertainment in December 2019 of the writing process. “I just started thinking, ‘What are my favorite Christmas things? What did I love? What are the things I wished I could’ve had as a little kid?’”

Pop stars of the late ‘90s and early 2000s didn’t miss the chance to record classic Christmas tracks, either, but it’s their new songs that have remained in fans’ memories.

Take ‘NSync’s “Merry Christmas, Happy Holidays” track from their 1998 Home of Christmas record. While the tried-and-true songs, including “The First Noel” are beautiful, it’s their modern hits like, “Kiss Me at Midnight” that still blast over the airwaves each season.

“The Christmas album is my favorite album we’ve ever done. I love all of the [original] songs and remixes we did,” Lance Bass said during a Stubhub Q&A in December 2016. “The ironic thing is I did not like ‘Merry Christmas, Happy Holidays.’ I don’t know what it was, it just a little too, like, uppity-cheesy for me and I’m more of a dramatic Christmas listener. But I’m so glad [the band] didn’t listen to me because it’s really grown on me and I love that song [now].”

Justin Bieber, Ariana Grande, Sia and more stars have since gotten into the holiday spirit, dropping their own holly and jolly jams. Taylor Swift, for her part, has produced more than one seasonal hit, releasing 2007’s “Christmases When You Were Mine” and 2019’s “Christmas Tree Farm.” 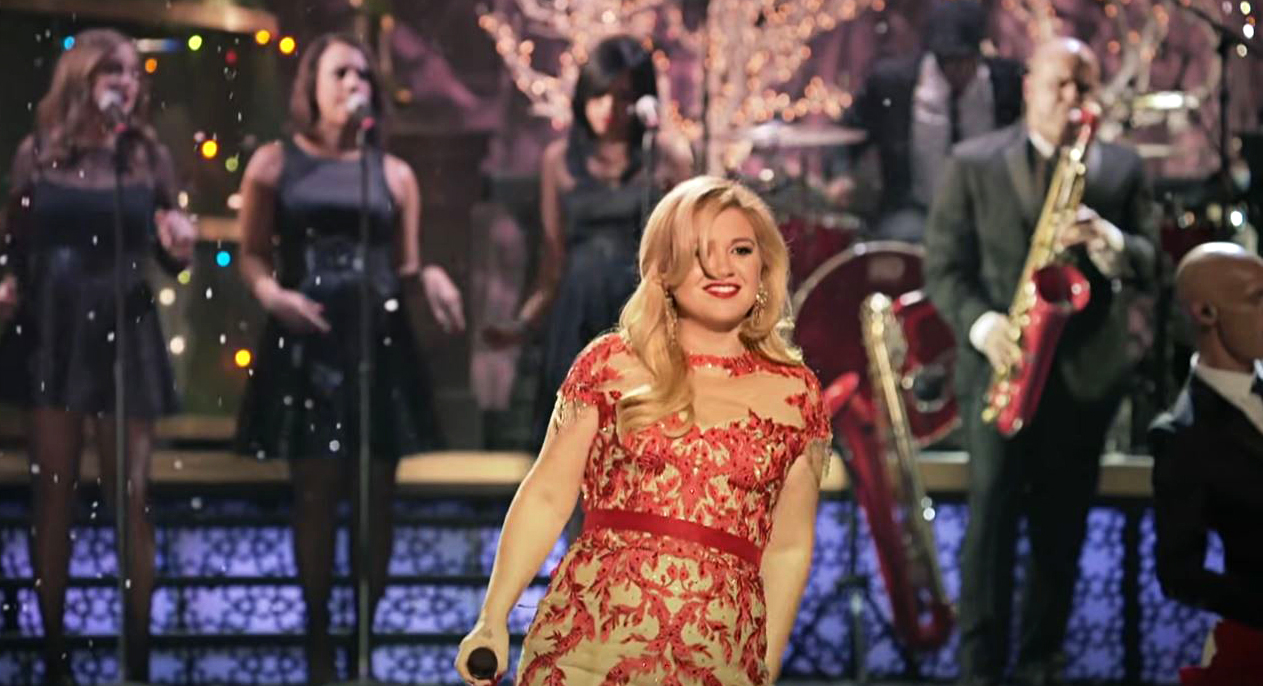 Clarkson is another artist who has taken her love of the holidays to great heights by following up her 2013 jam “Underneath the Tree,” off her Wrapped in Red album, with a second record dedicated to Christmas and its ups and downs.

The former American Idol winner unveiled When Christmas Comes Around… — which includes songs “Christmas Isn’t Canceled (Just You)” and “Merry Christmas (To the One I Used to Know)”— in October 2021.

“This record has some songs that you’re not used to for Christmas,” Clarkson told Entertainment Tonight in September 2021, following her split from Brandon Blackstock in June 2020. “Some are like ‘let’s really feel all the feelings’ Christmas song. It’s a different Christmas album, it kind of feels more like an album that you release at normal and then there’s Christmas sprinkled on it, but anyway, I love it.”

Watch the video above to see all of Us Weekly’s top picks for the best original holiday songs.