She’s an author — with a clear goal! Mariah Carey loves the message behind her The Christmas Princess children’s book, but she was against adding page numbers to the finished product.

Mariah Carey Through the Years: From Humble Beginnings to Pop Megastar

“Time is irrelevant to me, [and] I don’t acknowledge it,” the “All I Want for Christmas Is You” songstress, 52, admitted during a Friday, November 4, appearance on the Tonight Show Starring Jimmy Fallon. “That’s why, even in my book, there’s no page numbers. Someone had to point that out to me. I was like, ‘Oh, yeah.’ Because I don’t care.” 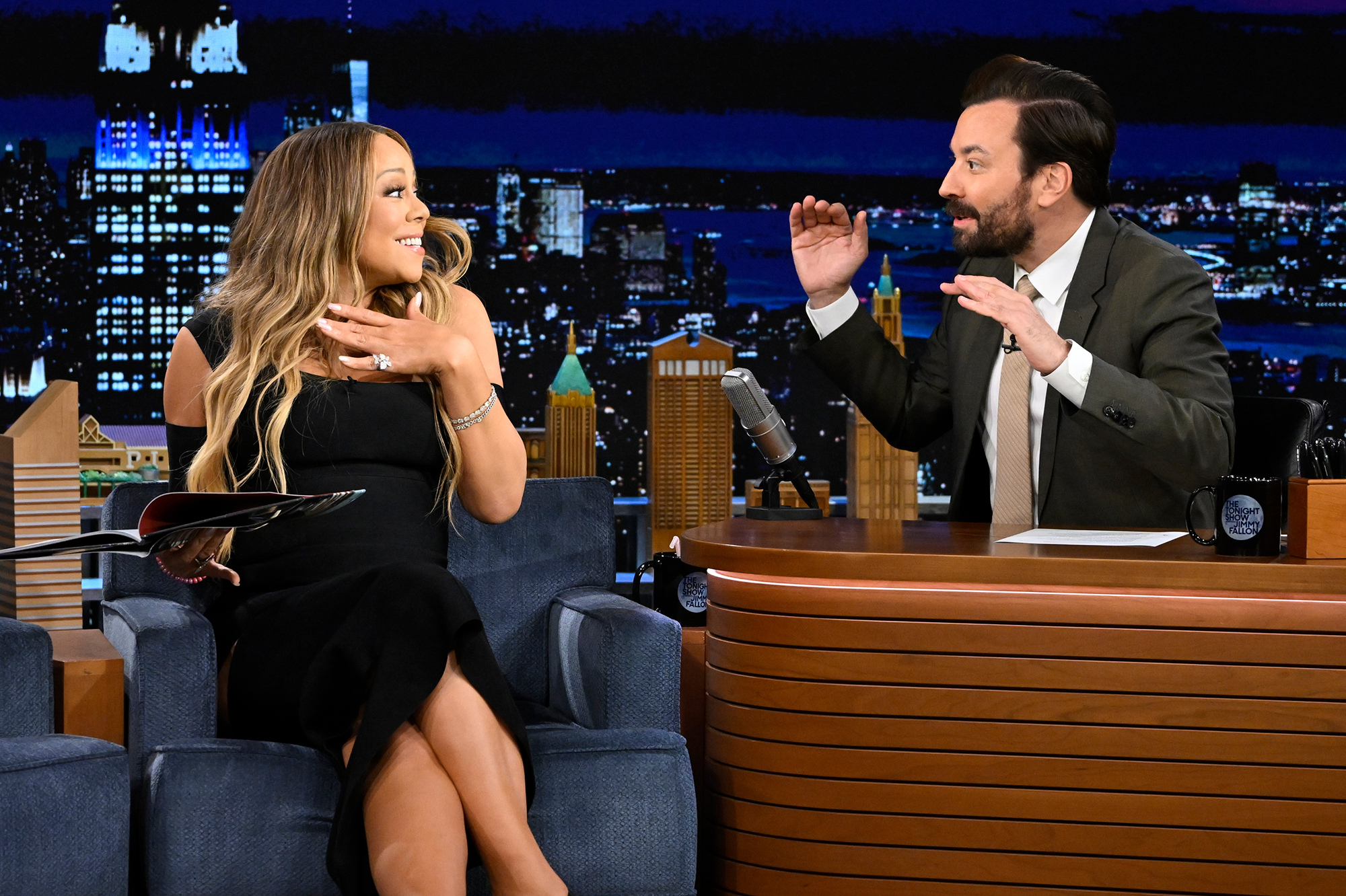 She added: “It’s all the same, it should all just be the same. Why?”

Carey’s first children’s book, The Christmas Princess, was released earlier this month, following the imperfect character of Little Mariah as she discovers the holiday magic. The fictional work was cowritten with Michaela Angela Davis and illustrated by Fuuji Takashi.

“It’s not just about [me] ‘cause her name is Mariah [and I’m] so Christmassy. It’s that this is for anyone who’s ever felt other’ed, who’s ever felt different than other people, who’s ever felt ostracized,” the “Hero” artist told Jimmy Fallon of her literary inspirations. “At the end of the day, it’s not a magical prince that comes to save her day, it’s the music [and] she gets through her own struggles and her own stuff. Ultimately, in my opinion, this is the ‘Adventures of Little Mariah’ [and] she represents all people: little boys, little girls, whoever.” 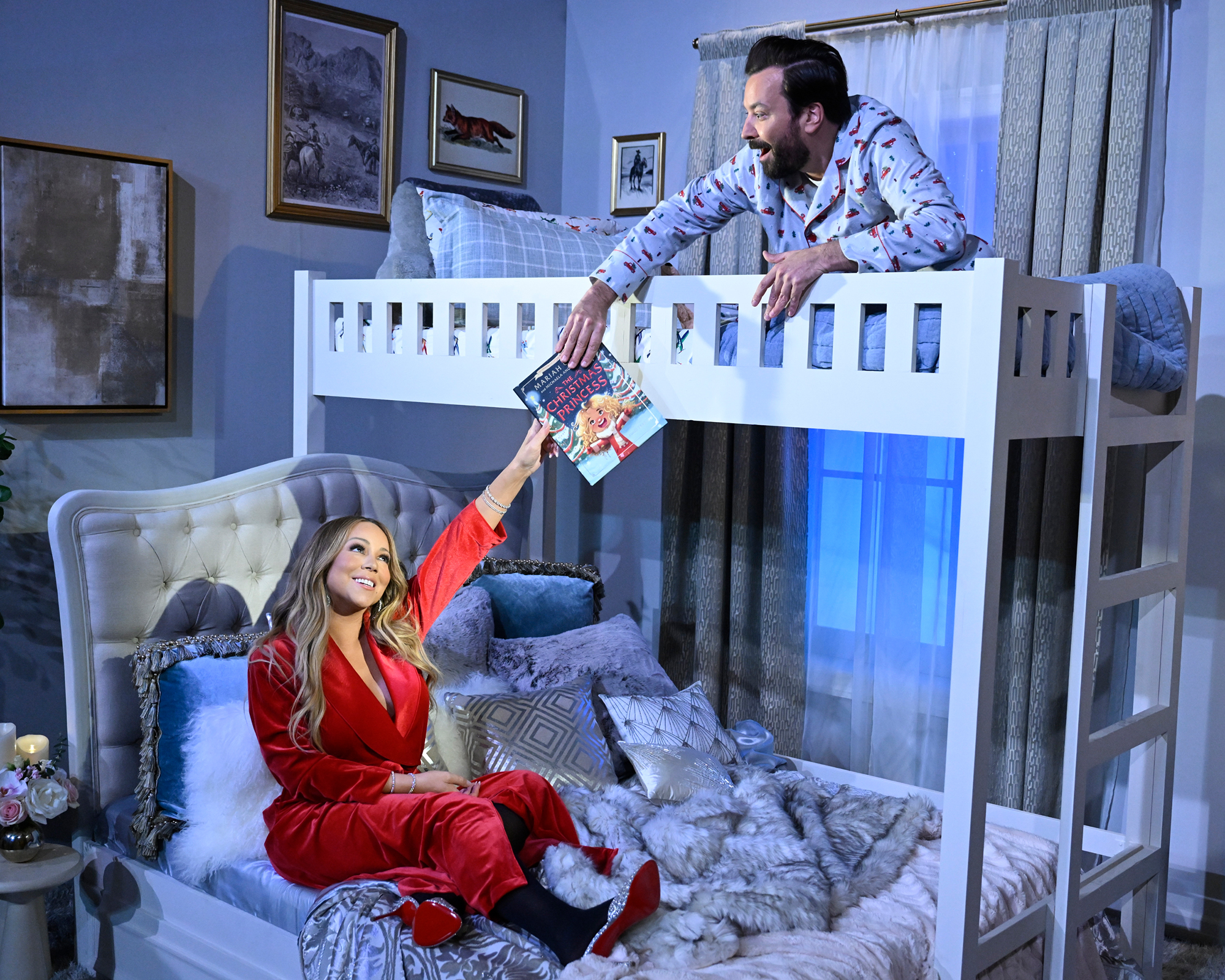 Carey continued: “It’s fun and festive and her hair is a little bit unkept. She’s not perfect [and] she doesn’t get a makeover.”

The Grammy winner — who performed an impromptu reading of a brief passage during her appearance — was joined on the set by 11-year-old twins Moroccan and Monroe, whom she shares with ex-husband Nick Cannon.

“Of course, they’re kids: they’re 11 years old,” Carey quipped to Fallon, 48, after he remarked how grown-up they seemed backstage. “They can’t drink for another 10 years.”

The twins even have special cameos in the New York native’s new book, with Carey teasing via Instagram earlier this month that daughter Monroe inspired one of Little Mariah’s fairy friends. “Look at this! Who’s this baby?” the musician marveled in a Thursday, November 3, social media clip, unboxing the first copies of the book.

Twin Time! Celebrity Parents Who Have Welcomed Multiples Over the Years

The Meaning of Mariah Carey scribe coparents her twins with the 42-year-old Masked Singer host, who is a father to eight other little ones.

“I want to be [a cool mom because] I don’t like being the bad guy, I have to say,” Carey exclusively told Us Weekly in December 2021 of her parenting rules. “I really don’t, like, I hate that more than anything. So, you know, I do want to be, like, ‘I’m not really a mom, I’m a cool mom.’ But you’re never a cool mom, like, you just never are.”