A mental health campaigner has described how his family have learned how to to re-write family celebrations such as Christmas since his younger brother died by suicide at the age of just 15.

Ben West, 20, from Cranbrook in Kent, has campaigned for better mental health services since his brother Sam’s death in January 2018 – and has slammed UK universities for not doing enough to protect students’ mental health, warning ‘there will be more suicides’ during lockdown.

Describing how his own family have dealt with the grief of losing Sam, Ben told FEMAIL that he still can’t believe his brother has gone and describes how on the night of his death he was ‘100 per cent convinced’ that he was just having a bad dream.

Sam had struggled with depression in the year before his death but hadn’t wanted his classmates to find out he had mental health issues. 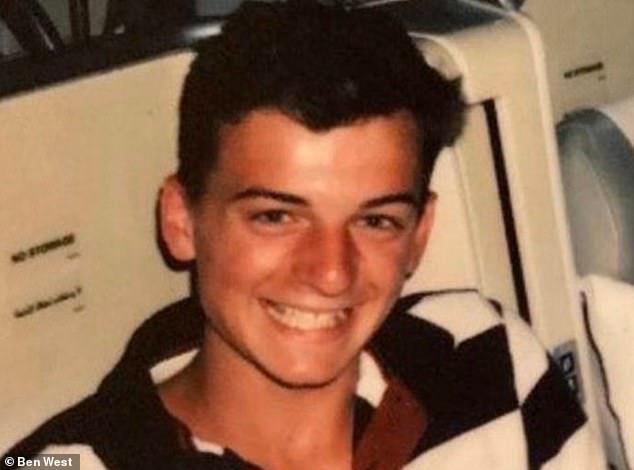 Ben West’s younger brother Sam, 15, (pictured) took his own life in January 2018; and Ben has campaigned tirelessly for better mental health services for teenagers since 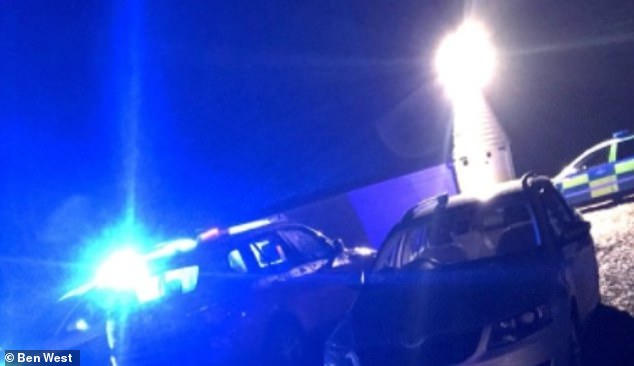 The image that Ben took to prove that he wasn’t having a bad dream. He says: ‘After having done CPR on Sam, I went downstairs and I genuinely, genuinely thought I was dreaming’ 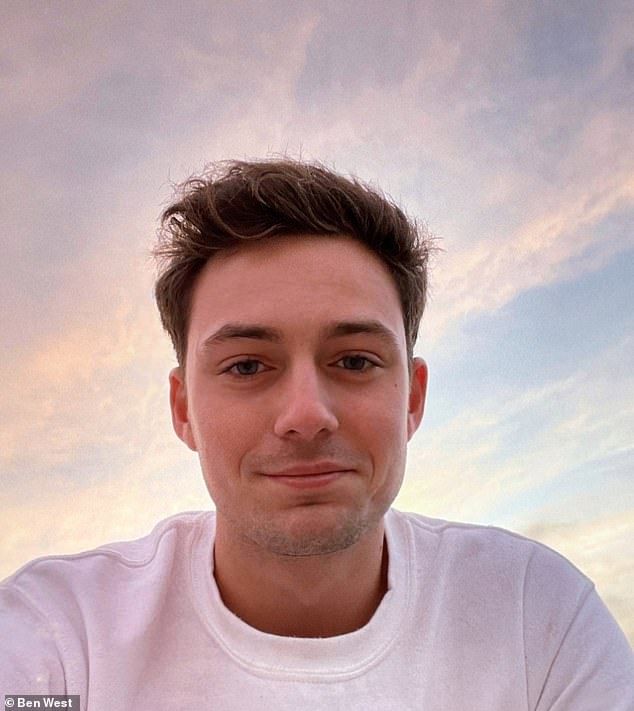 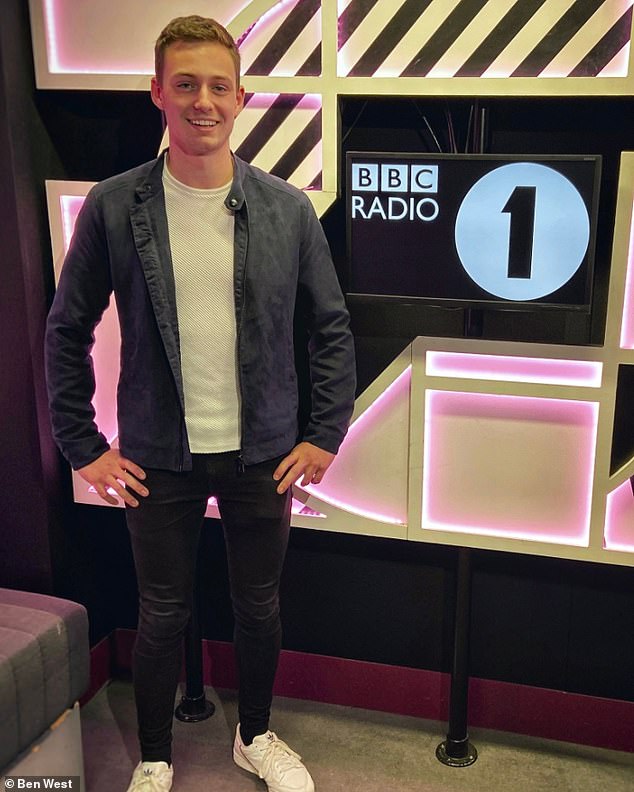 The mental health campaigner, a third-year student at Liverpool University, says: ‘Every day I hear stories of people who have been failed in mental health’

Ben recalls the night his brother died, saying: ‘After having done CPR on Sam, I went downstairs and I genuinely, genuinely thought I was dreaming.

‘I thought I was having a lucid dream and I took a photo of all these ambulances. To this day, it feels almost fictional’.

This time of year remains extremely difficult for Ben and his family, and he says they’ve had to find ways to create a new way to spend the festive period and New Year.

‘When you go through loss, it’s such a difficult time because Christmas is all about happiness. The fact that you’re not happy makes you feel so isolated and it exaggerates that pain. Anything you do that’s normal almost draws you back to how it was. And then it leads to these feelings of guilt and anger and grief.’

The first Christmas following the loss of Sam, the family went to the mountains ‘so we could go skiing all day and be active. You try to make a new Christmas so you’re not wishing for the old one.’ 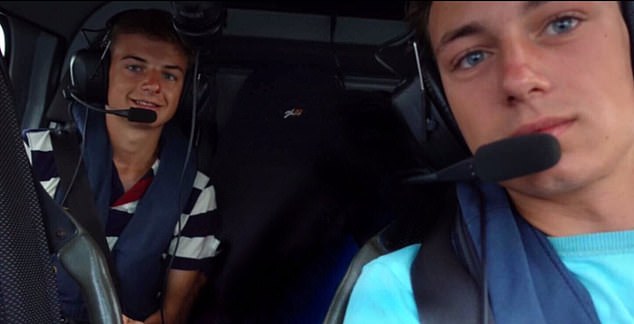 Ben and Sam pictured together. Sam had struggled with depression in the months before his death but was afraid of his peers finding out 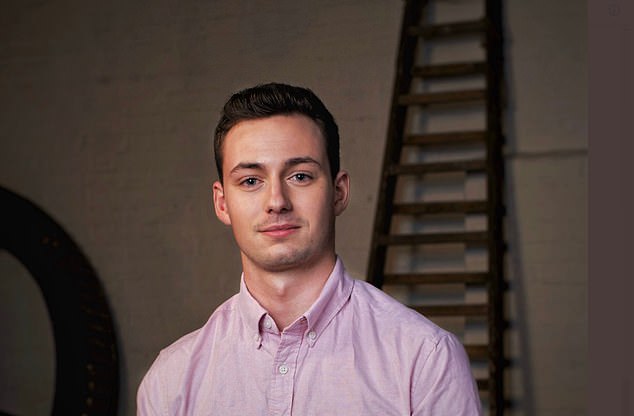 After successfully lobbying the government to provide more training for teachers on mental health, the campaigner says he’s been left disappointed by a ‘petty’ four per cent rise in funding by the Government

Ben has lobbied the Government for better training of teachers on mental health issues amongst teenagers with his Save our Students campaign, presenting a petition to Boris Johnson last year, which the PM backed.

However, he says the Tories’ promised four per cent investment increase for mental health in 2021 falls pitifully short of what’s needed to bring down suicide statistics in the UK.

‘The NHS mental health services are so good and the people who work there, a lot of them are absolutely fantastic. But the amount of resources that go into them, it’s just wrong. You need innovation to save lives and when it’s just a petty increase of four per cent, how’s that going to do it? 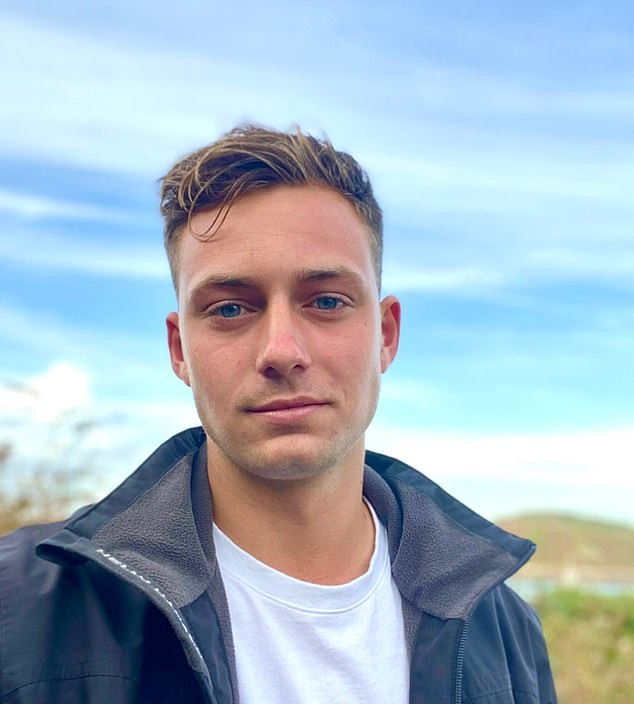 Universities should be ashamed of the way they’ve responded to the crisis so far, says Ben, saying many first-year students faced a ‘shambles’ when they arrived on campus

He adds: ‘It’s got to the point now where unless you are suicidal, you are unlikely to get professional help from the NHS…imagine that scenario on a cancer ward! “You’ve got a tumour but come back later.'”

The National Union of Students (NUS) revealed earlier this month that more than 50 per cent of students surveyed in November said their mental health has declined since the start of the pandemic.

Ben is determined that more needs to be done to help students or the country will face more suicides, saying universities should be ashamed of the way they’ve responded to the crisis.

Among the most alarming statistics is the rise in the number of young women taking their own lives. The suicide rate for females under 25 has risen by 93.8 per cent since 2012, with its highest level in 2019.

‘The virus is going to lead to suicide. Many students arrived at university to an absolute shambles of a response. Universities were caught with their pants down – they had no idea what they were doing.’

‘Unfortunately, we’ve seen people struggle and some have potentially died because of that stress.’

The mental health campaigner says he would never have believed how his life would have changed after Sam’s death and hopes he can continue to use his social media platforms for positive change.

‘I’ve been introduced to this world. I have such a massive passion for this, a burning passion, not only through what happened to me personally, but every day I hear stories of people who have been failed and it ignites such a frustration that I simply could not imagine not having some sort of platform where I try and change stuff.’

For more information on the Save our Students campaign, visit change.org/saveourstudents

For confidential support call the Samaritans on 116123 or visit a local Samaritans branch, see www.samaritans.org for details

01/07/2021 Lifestyle Comments Off on Man whose brother took his own life slams Government on mental health
Recent Posts
We and our partners use cookies on this site to improve our service, perform analytics, personalize advertising, measure advertising performance, and remember website preferences.Ok