The 73-year-old West Australian who died from COVID-19 in hospital on Thursday was the father of a serving WA Police detective, Police Commissioner Chris Dawson has confirmed.

Ray Daniels was also a husband and a grandfather, his family said in a statement the Commissioner read aloud at a press conference on Friday. 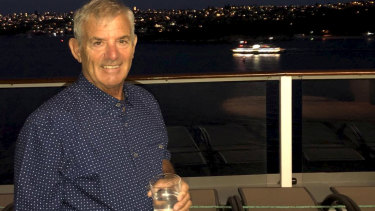 “We as a family are completely devastated … he was a very fit, healthy and active man with no known underlying health issues,” they wrote.

“He showed no real significant signs of being unwell until he collapsed at home on Wednesday morning. He died within 48 hours.

“Clearly this virus does not discriminate and we never believed for one second that it would take him from us. Everybody needs to take this virus seriously and follow the health advice that is being given.

The Commissioner repeated the warnings.

He said West Australians could face fines if they broke self-isolation rules and anyone who wilfully flouted the restrictions on regional travel would be prosecuted.

He did not rule out closing beaches if people broke the rules there.

“Everyone needs to heed the health advice,” he said.

“This is not a drill; this is the real thing and we must be serious.”

Related posts:
03/27/2020 Lifestyle Comments Off on Man who died from COVID-19 was father to serving WA police officer
Recent Posts
We and our partners use cookies on this site to improve our service, perform analytics, personalize advertising, measure advertising performance, and remember website preferences.Ok