A sensitive man has created a social media storm, after shaming a woman for posting that her dog will sit on you with or without consent.

The man named Taylor, believed to be from the US, shared a screenshot of the woman’s Tinder profile in a group that mocks and shames people who use the app.

As well as stating she is looking for a long-term partner and plays the ukulele, the woman’s profile read: ‘My dog will sit on your lap with or without your consent. Sorry about that.’

But Taylor called it out, writing, ‘Consent violations are a no go from me. Thanks for waving the red flags.’ 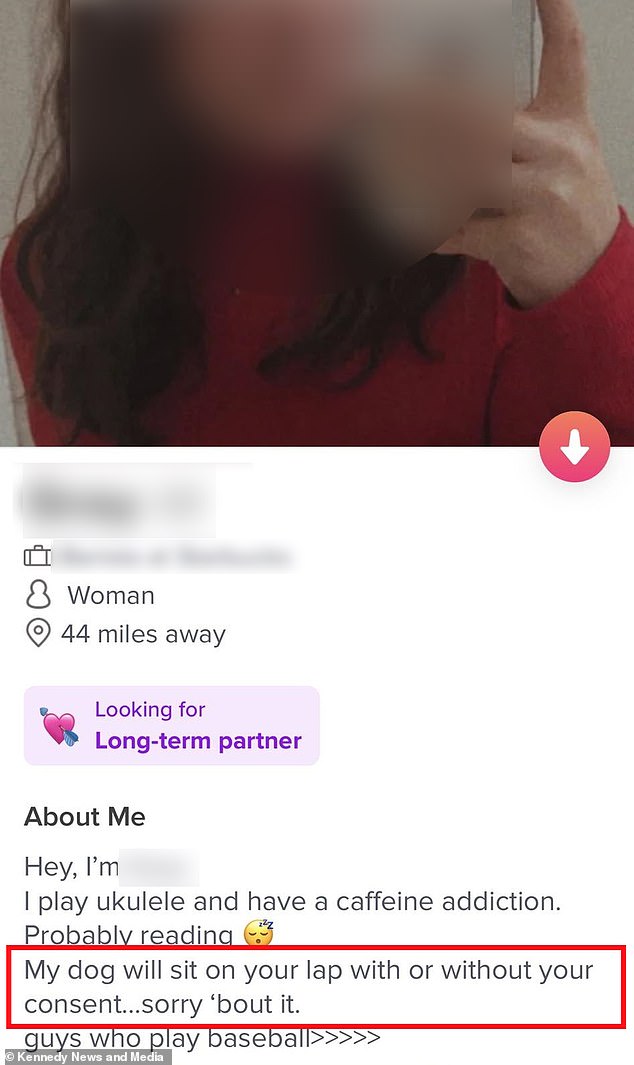 The woman wrote that her dog will sit on your lap, with or without you consent, which caused Tinder user Taylor to get annoyed

His post was widely mocked, sparking more than 1,000 comments from group members.

Many branded him a ‘snowflake’ and accused him of ‘virtue signalling’ – pointing out that dogs cannot understand the meaning of consent.

He was also criticised for blasting the girl, with people saying he should have simply swiped left if he didn’t find her joke funny.

But others said he had a point and the woman shouldn’t have joked about consent. 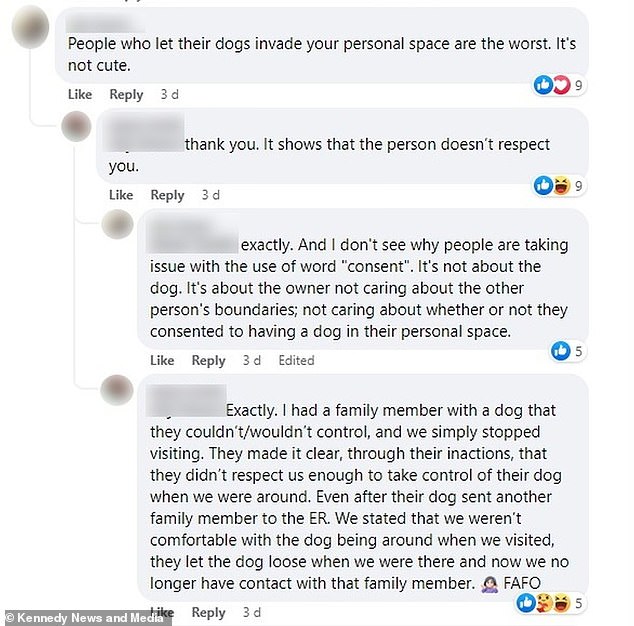 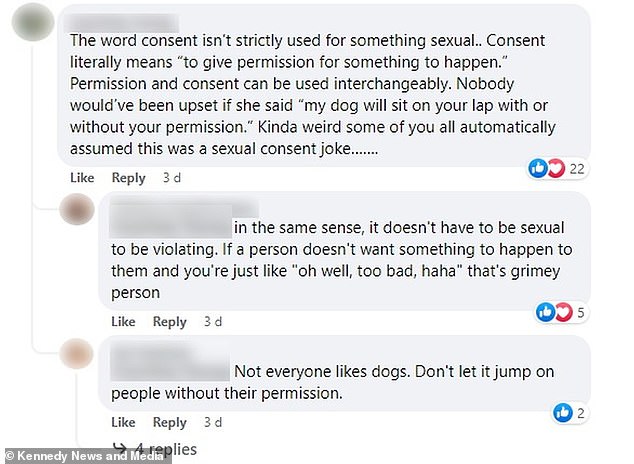 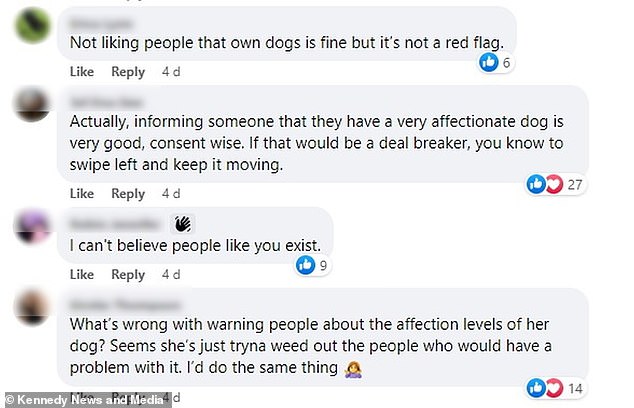 Some people supported Taylor in his criticisms, writing that you should never joke about consent

Among the backlash, one woman asked if he’d be able to teach her pets to ask permission before pooping.

But Taylor snapped back that the woman should ‘train her dog better’.

Another wrote:  ‘It’s a dog. Animals don’t have the cognitive capacity to ask for consent. I thought it was funny, but even if you didn’t just swipe left. Not sure why you wanted to blast this poor girl on here when there’s nothing wrong with her profile.’

One said: ‘What breed of snowflakes are you? I’m intrigued.’

While another said: ‘Come on, really? Consent violations? How’s the dog gonna ask for consent? Sometimes I forget people like you exist.’

Someone also accused him of comparing a dog sitting on a lap without asking for permission to sexual assault.

They wrote: ‘A dog sitting on your lap uninvited isn’t the same as violating someone sexually. Get the f*** out of here with that.’ 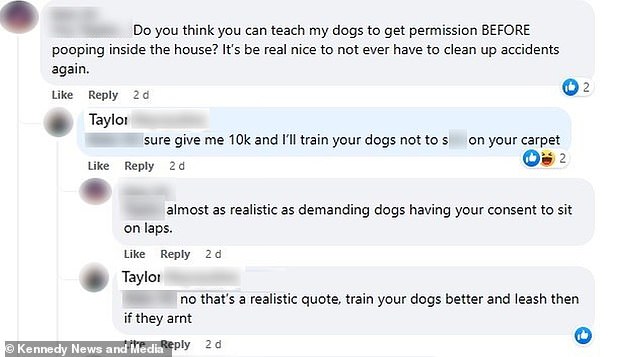 But many users rushed to his defence, arguing that not everyone wants their personal space to be invaded by a dog.

And some insisted that joking about consent was a serious issue.

One said: ‘I’m the only one with original poster I see. I have a fear of dogs, am also allergic and have anxiety disorder. My best friends dog jumped on my lap and I had a panic attack and was sneezing for the rest of the day.’

Another said: ‘People who let their dogs invade your personal space are the worst. It’s not cute.

Another wrote: ‘The owner is basically saying she’ll let her dog invade your space whether you like it or not. How is that not about consent?’

One said: ‘I really don’t love the idea of casually joking about consent, especially on a dating site.

‘I know she’s saying it about the dog and, I’ve made similar jokes about my own pets too (trying to remember not to though).

‘But if a dude said something casually flippant about consent I’d roadrunner my way out of there.’

Have YOU lost the spark since becoming a parent? Femail brings six ways to rekindle the passion