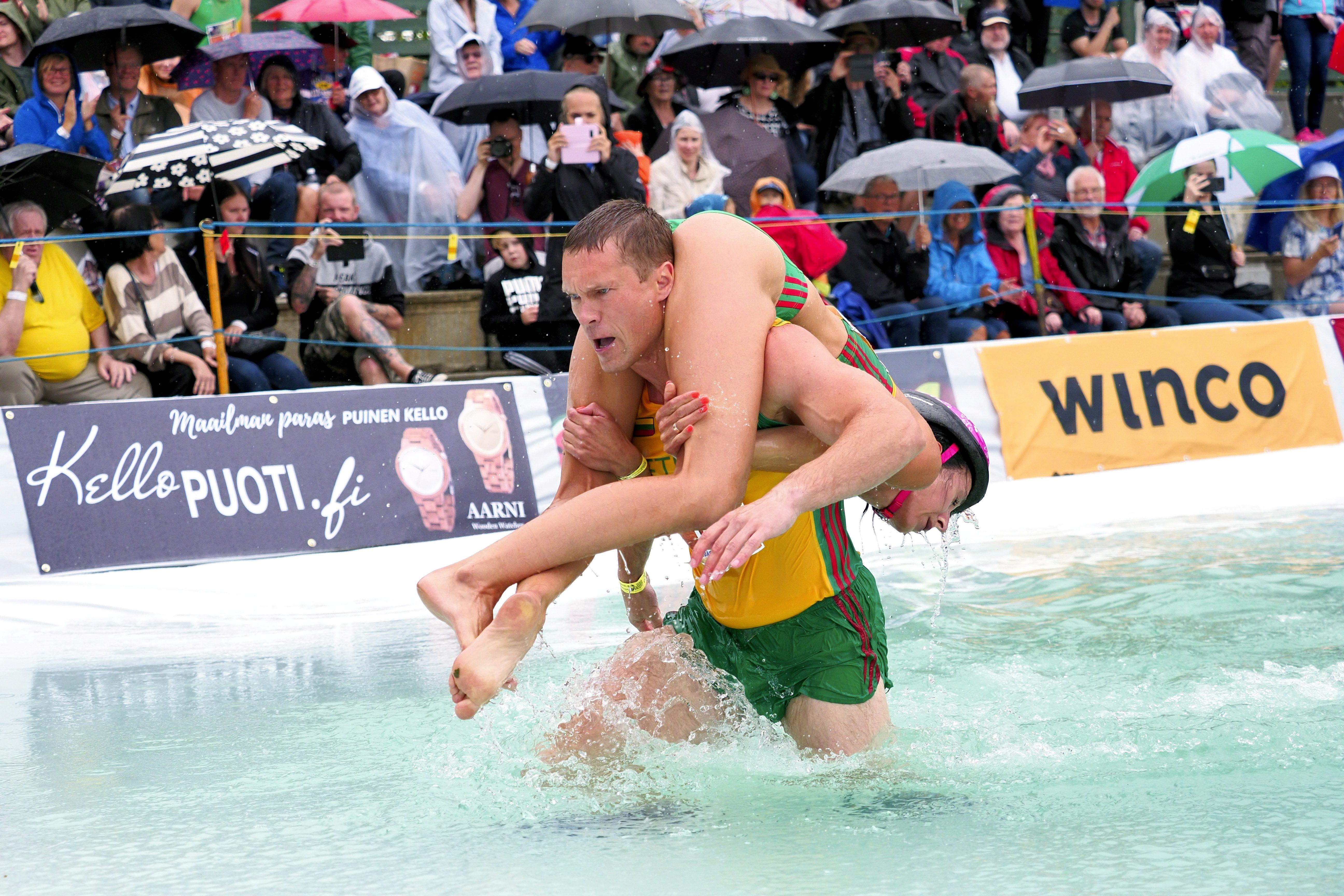 SONKAJARVI, Finland (Reuters) – A Lithuanian couple won the World Wife-Carrying Championship for a second time in a row in the Finnish town of Sonkajarvi on Saturday, triumphing in a contest where men complete an obstacle course with their wives slung over their shoulders.

Each year, the championship draws thousands of visitors to the town of only about 4,000 inhabitants in central Finland. Saturday’s competition was the 24th year it has been held.

Having gained followers across the world, preliminary competitions were held in countries such as the United States, Australia, Poland and Britain, organizers said on their website.

Among the two dozen contesting couples, Vytautas Kirkliauskas and his wife Neringa Kirkliauskiene came out on top for a second straight year, completing a 253.5 meter (277 yards) obstacle course featuring a water trap in 1 minute and 6 seconds.

The Lithuanian couple claimed the first place prize – consisting of the wife’s weight in beer – after beating six-time champion Taisto Miettinen of Finland and his partner Katja Kovanen by the slimmest of margins – 0.1 seconds.

“I was looking at the watch and I thought I’m not going to make it, but we did it,” Kirkliauskas said.

Wife-carrying as a sport drew inspiration from the 19th century legend of Ronkainen the Robber, who compelled would-be members of his gang to prove their mettle by carrying sacks of grain or live pigs over a similar course.

The competition is also said to look back to an even earlier practice of wife-stealing – leading many present-day contestants to compete with someone else’s wife.