The rise of Lil Nas X (fka Montero Hill) has not been without controversy – though once you look a little closer, it’s clear there’s purpose behind the madness. The world discovered the now 22-year-old rapper in 2019, when Old Town Road went from TikTok to breaking records for having the longest consecutive run at the No.1 spot on the Billboard Hot 100. Nas had all the makings of a beloved one-hit wonder, especially when his follow-up 7 EP failed to resonate. But two years later, the star feels distinctly different to the TikToker we first met, and with the release of Montero, he finally justifies his place at the top. 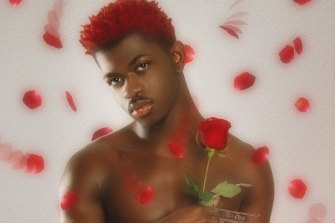 During the past year, he’s embraced his queer identity, especially on the single Montero (Call Me by Your Name), although the impact of the accompanying music video released earlier this year still lingers. The video begins in a glossy pastel utopia and ends with Nas sentenced to death, descending into hell down a stripper pole, where he gives Satan a scintillating lap dance, before murdering him and taking the throne.

It’s a flagrantly fun snapshot of corporeal appetites delivered with a wry wink. But conservatives – ranging from pastors to governors – accused Nas of brainwashing his once predominantly young fan base (kids really loved Old Town Road) with sexually explicit depictions of hell, the bible and homosexuality. “Y’all love saying we going to hell but get upset when i actually go there lmao (sic),” Nas quipped in response.

Instead of receding, he doubled down and released a limited run of “satan shoes” with art collective MSCHF. Each pair included a drop of human blood and mimicked Nike Air Max 97s, featuring an inverted version of its logo. Nike sued MSCHF over trademark infringement, although the lawsuit was eventually dropped. Nas would later spoof this in a court scene for the Industry Baby music video. 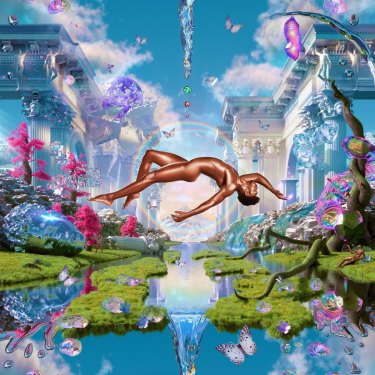 It’s easy to mistake the rapper for an internet troll, especially when the rollout for his album included a pregnancy photoshoot, complete with a prosthetic belly for Instagram. Nas isn’t trolling, however: he’s just unapologetically Black and queer, and it’s something his naysayers can’t get past. While Nas’ antics tend to supersede his music, the way he pokes at archaic values adds levity to the forces he’s fighting by merely existing.

But the music speaks for itself on Montero, his 15-track debut that, despite being prefaced with viral jokes, is anything but. Although features from Elton John (One of Me), Doja Cat (Scoop), Megan Thee Stallion (Dolla Sign Slime) and Miley Cyrus (Am I Dreaming) see industry darlings and a legend give Nas their seal of approval, he proves his charisma, uniqueness, nerve and talent all on his own. The frenetic energy of pop punk nostalgia on Void and Lost in the Citadel confirms his versatility, while the simmering stillness of Sun Goes Down sees him ruminate on race, queerness and newfound fame.

It’s in these unexpected moments of vulnerability that Nas brings us closer. The jovial and witty entertainer we’ve seen swiftly counter conservatives is admittedly exasperated. “Why don’t you just take what you want from me?” he howls on metal-inspired Life after Salem.

Nas is agile on this debut, ricocheting from triumphant hip hop bars to sullen emo ballads, showing us there’s a multifaceted man behind the memes; one capable of much more than controversy.