This is really cramping her style.

Jenner, 24, posted two naked photos to Instagram Monday in which she was seen covered in blood while sitting in a pool of even more blood.

Some of her 275 million followers were quick to point out that the promotional images looked more like something they’d see in a health class pamphlet than a sexy centerfold.

“When you sneeze on your period,” one fan joked in the comments section of the post.

“First day on your period,” a second person quipped.

“i guess it’s that time of the month,” a third added.

“Me on my period,” another agreed. 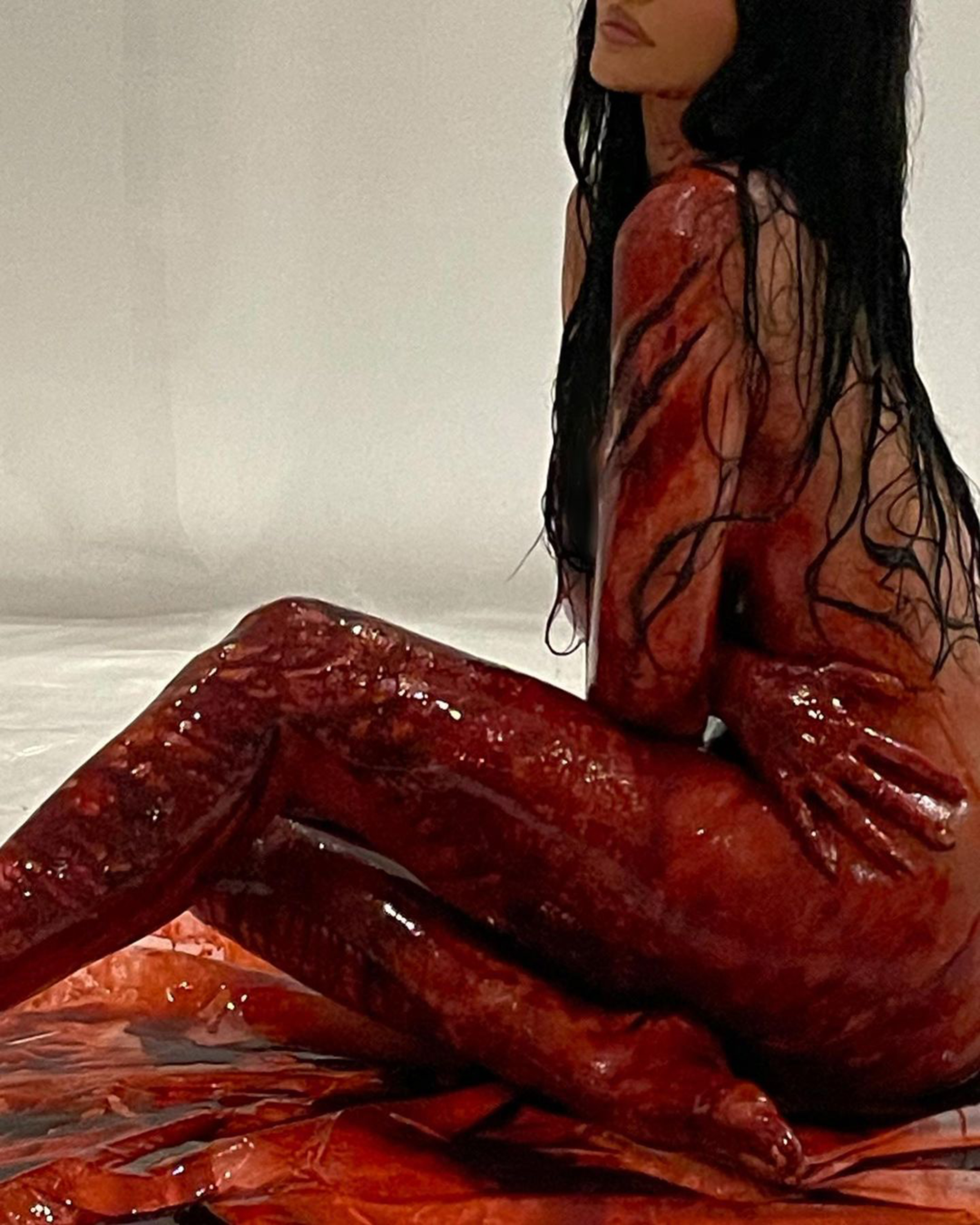 Jenny McCarthy even posted a TikTok video with one of the photos in the background as she pretended to hand Jenner a tampon.

Another fan compared the pics to what it might look like after someone gives birth, writing, “kylie wtf did you just do with the baby?”

Others felt the shoot was “disturbing” considering Jenner is currently pregnant with baby No. 2.

“This is kind [of] disturbing especially since you’re pregnant. But that’s just my opinion😕 doesn’t matter,” one critic wrote.

“Honestly I find this really disturbing since she’s pregnant 🤮,” another netizen agreed.

“This is in such poor taste. Ugh,” one more added. 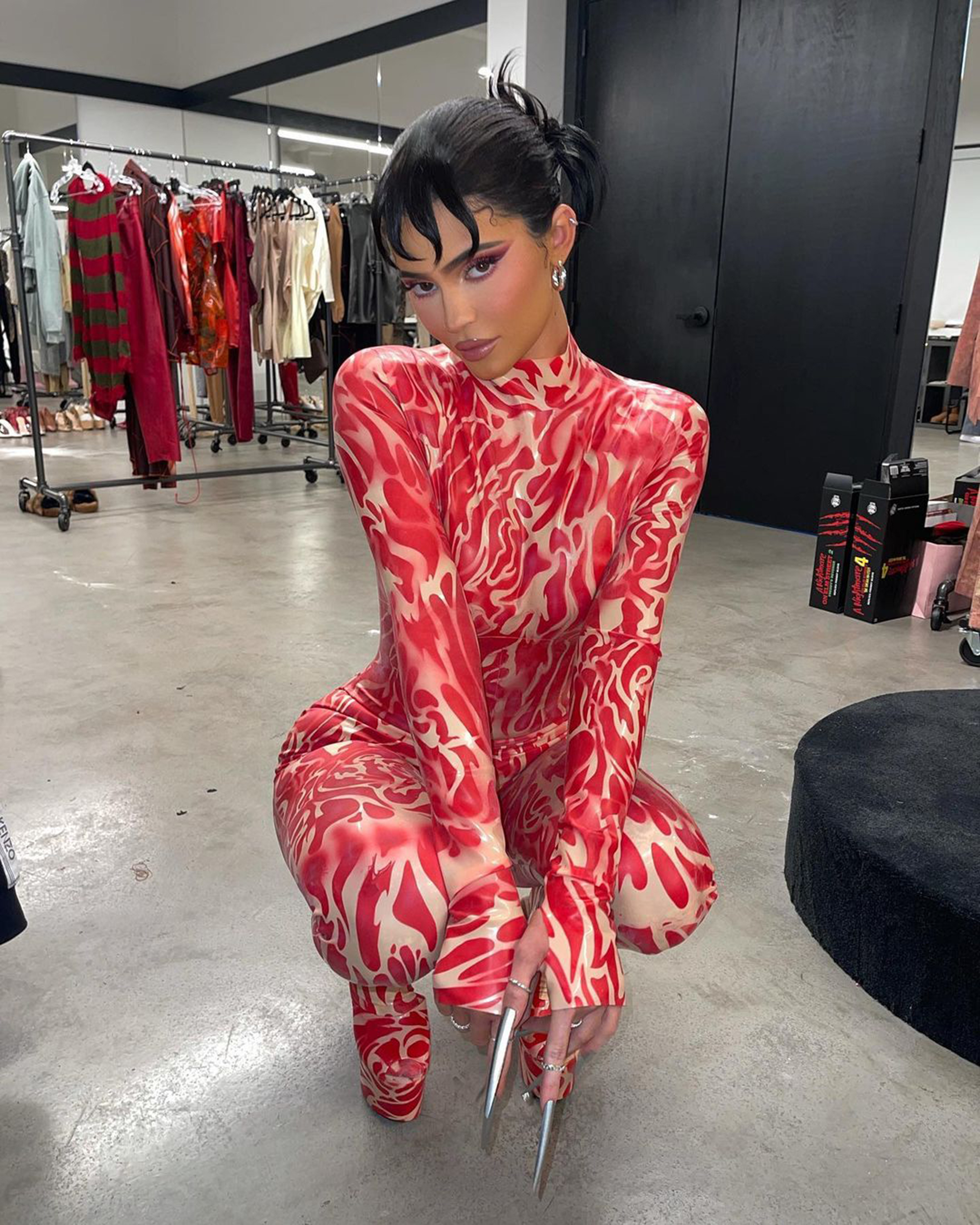 The “Keeping Up With the Kardashians” alum first announced the “Nightmare on Elm Street” collaboration with an equally gory video last week ahead of Halloween. She also donned an outfit mirroring Freddy Krueger’s heavily scarred skin, captioning the pic, “Freddy girl.”

“ahhh what a DREAM to collaborate with the icon of horror!” she wrote at the time.

Perhaps next time she shouldn’t go with the flow.