Kylie Jenner showed off an understated manicure on her Instagram — rainbow tipped nails! Some fans were loving her short and colorful nails, but many critics slammed her for getting her nails done when she should be staying home during the coronavirus (COVID-19) pandemic. Others were confused about whether the photo was of her real hands! 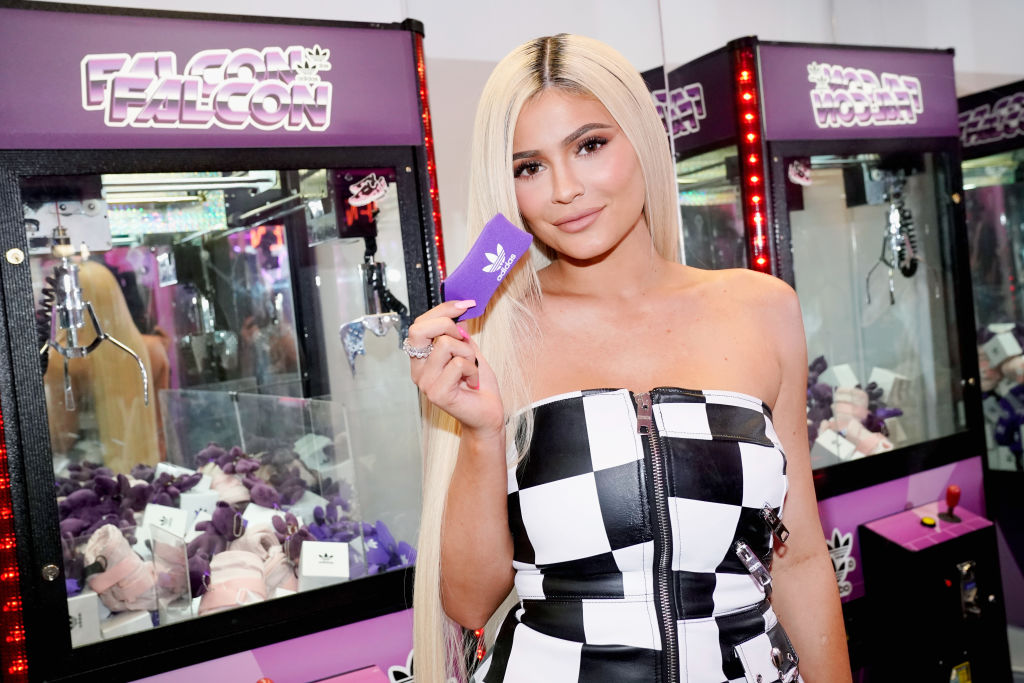 While people are practicing social distancing and non-essential businesses like salons aren’t currently open, keeping up with beauty maintenance is becoming challenging. For many, it’s been a while since they’ve seen a professional stylist or nail technician.

Jenner doesn’t seem to be suffering the same fate, however, as she showed off her new rainbow nails in an April 29 Instagram post. Her trim nails featured brightly colored painted tips that some fans found cheerful for these stressful times.

The Instagram account iscreamnails posted a video tutorial about how to get Jenner’s manicure at home. “Who else was OBSESSED with @kyliejenner nails today?!,” the account shared in the post’s caption. “Get this look yourself using our BRUSH WITH FAME and a bunch of your fav shades!” It’s possible to achieve the look at home without a professional, as the tutorial shows how to apply a thin line of color to each nail tip.

Fans slammed Jenner for getting her nails done

Jenner didn’t reveal in the post if she had done the manicure herself so many assumed that she had broken the rules of social distancing to get them done by a professional.

“So Kylie Jenner is posting insta stories with the caption ‘quarantine life’ but has a fresh set of nails, her hair looks done and she’s got all her mates round, like can someone please make it make sense???,” one Twitter user asked.

Another critic stated: “Kylie jenner getting her nails done and then posting on her insta story ‘stay home’ is exactly why I don’t like her.”

“Stressing me out that Kylie Jenner is like ‘Quarantine life’ but she literally went and got her nails done. That ain’t quarantine!,” another person tweeted.

Another fan agreed, tweeting: “The audacity of Kylie Jenner posting her fresh nails and then telling people to stay home.”

“Kylie Jenner posts about ‘quarantine life,’ but still gets her nails done and invites her friends over… I guess when you’re rich rules don’t apply to you,” one Twitter user posted.

🌈 Who else was OBSESSED with @kyliejenner nails today?! Get this look yourself using our BRUSH WITH FAME and a bunch of your fav shades! Created for us by @klawsbykatya #iscreamnails #nailart #kyliejenner #diy

Others were confused about her hands

Amid the comments on her Instagram post about fans loving her shorter length nails and cute manicure were those who couldn’t get over the way her hands didn’t look real.

One person commented on her post: “Y’all asking about her nail tech I’m trying to figure out are these are real hands” and another asked, “Wait so you’re telling me those aren’t mannequin hands?”

Still another fan was perplexed about one glaring detail, commenting: “while I’m trying figure out who took the picture.”

When another person asked, “Who facetunes their hands tho lol,” someone responded, “for real. I thought it was a barbies hands at first lmao.”

04/30/2020 Lifestyle Comments Off on Kylie Jenner Shows Off Short Rainbow Nails and Fans Are Conflicted
Recent Posts
We and our partners use cookies on this site to improve our service, perform analytics, personalize advertising, measure advertising performance, and remember website preferences.Ok