Donald Trump Jr. says Kimberly Guilfoyle is ‘the boss’ in their relationship

Kimberly Guilfoyle is ready to say “I Do” if Donald Trump Jr. proposes — but she already considers the couple to be married.

Guilfoyle — who has been dating Don Jr. since 2018 — was asked by Jean Shafiroff on an upcoming episode of Hamptons TV show, “Successful Philanthropy,” what the former Fox News broadcaster would say if the proverbial question were popped.

She further revealed of their relationship: “I’ve known him for about 14 years, he’s a wonderful father… he’s a very funny person. He’s got a great sense of humor and a big heart. He’s actually one of the sweetest men that I’ve ever had the pleasure to know and have in my life…. and I feel very blessed to have him in my life, and that we have one another. We really are a team, we support each other, we’re best friends we have great conversations and a lot of laughs together.

“It’s great we have such a strong relationship. It’s never wavered and I really feel blessed to be a part of it.”

Don Jr., 43, has five kids from his previous marriage to Vanessa Trump, while Guilfoyle has a son from her marriage to Eric Villency. 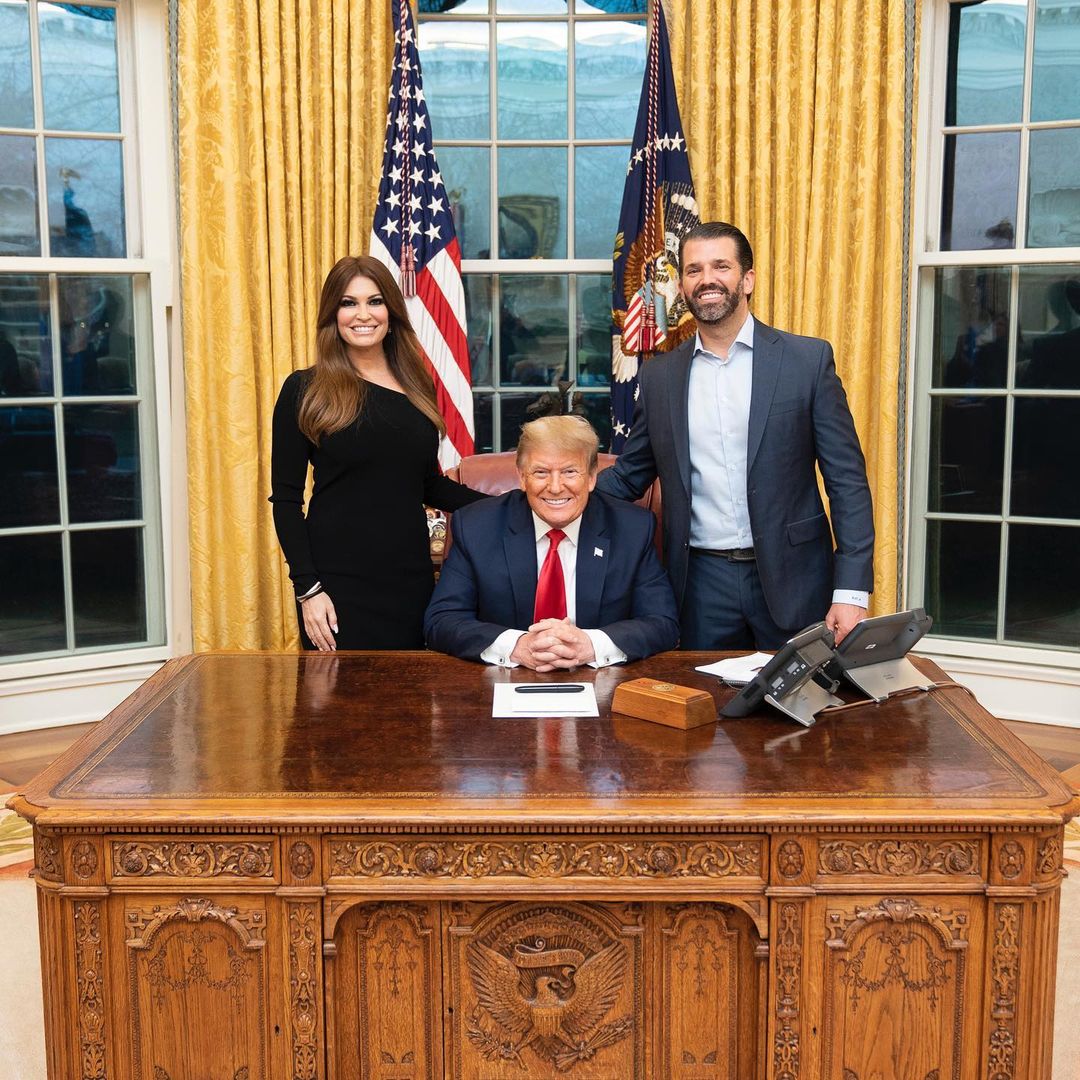 The Post reported last month that the duo are moving to Florida, following in the footsteps of former President Trump and wife Melania, as well as Ivanka Trump and Jared Kushner.

“We’re actually going to be living in Florida, which will be great, and looking forward to all the family being here together,” Guilfoyle told Shafiroff on the LTV show. “I think it’s a wonderful state, with a phenomenal governor, [Ron DeSantis].”

But Guilfoyle was coy when asked if she — or anyone else in the Trump family — might run for office in the state, saying, “I think much like myself, everybody’s open to different possibilities … Any one of them would be phenomenal as a political candidate.”

Their chat is scheduled to air in March. We hear that Shafiroff subsequently ran into Guilfoyle at Mar-a-Lago in Florida, and Guilfoyle joked that the hypothetical marriage question might be moot by the time the interview runs, sources said.