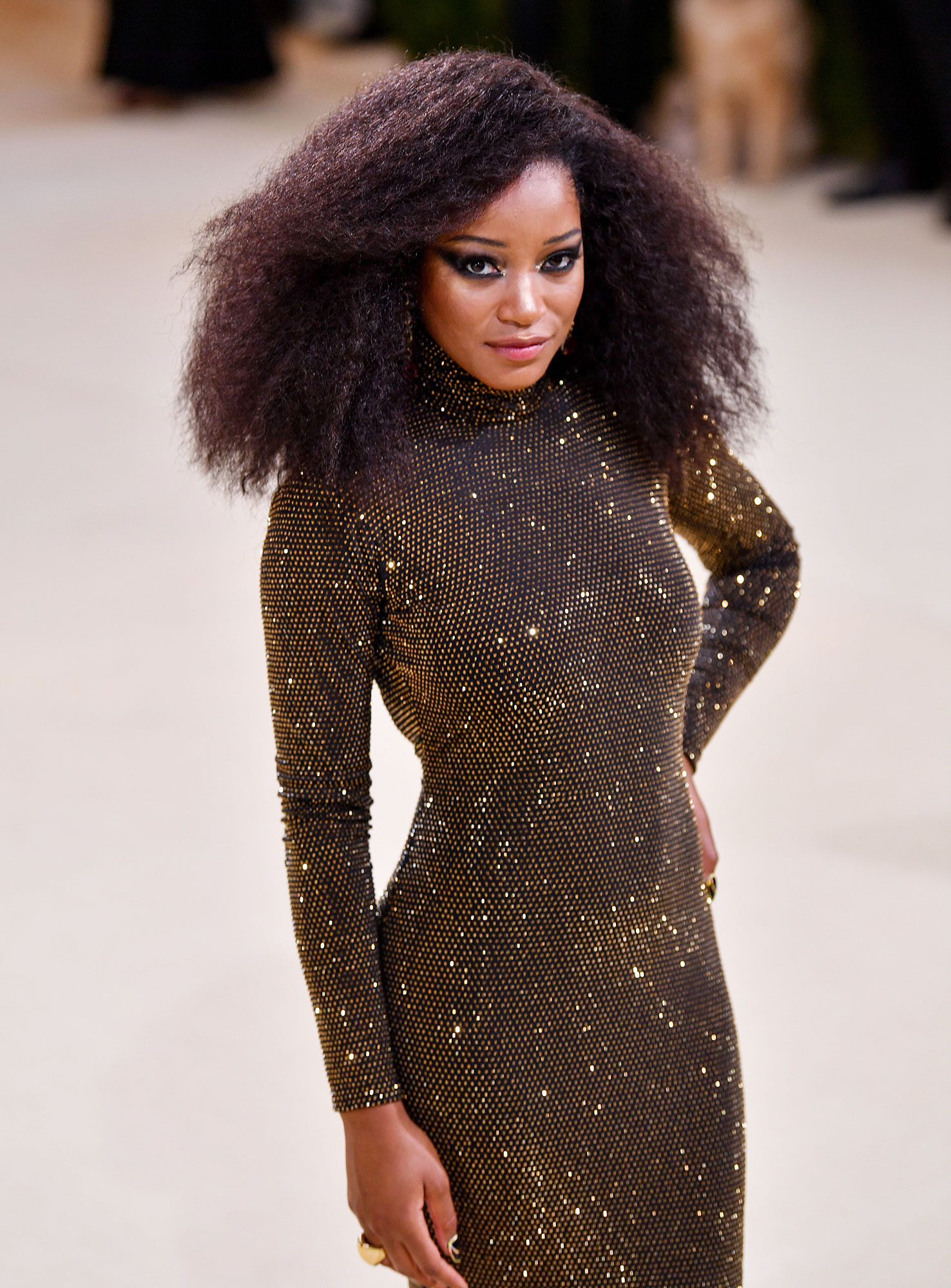 The line at In-N-Out was probably a mile long after the 2021 Met Gala. Keke Palmer gave fans an inside look at the glamorous event, including what the stars ate, and Twitter was not impressed.

See the Stars’ Styles on the Met Gala Red Carpet

“Give us all the teaaaa! What’s on the menu?” one person asked the actress, 28, via the social media platform on Monday, September 13.

Palmer subsequently posted a photo of her plate, which had tomatoes, corn, mushrooms and cucumbers on it. “This why they don’t show y’all the food I’m just playinnnn,” she captioned the shot, adding a silly face emoji and a side-eyes emoji.

Along with the picture, the True Jackson, VP alum wrote, “The menu chile.” 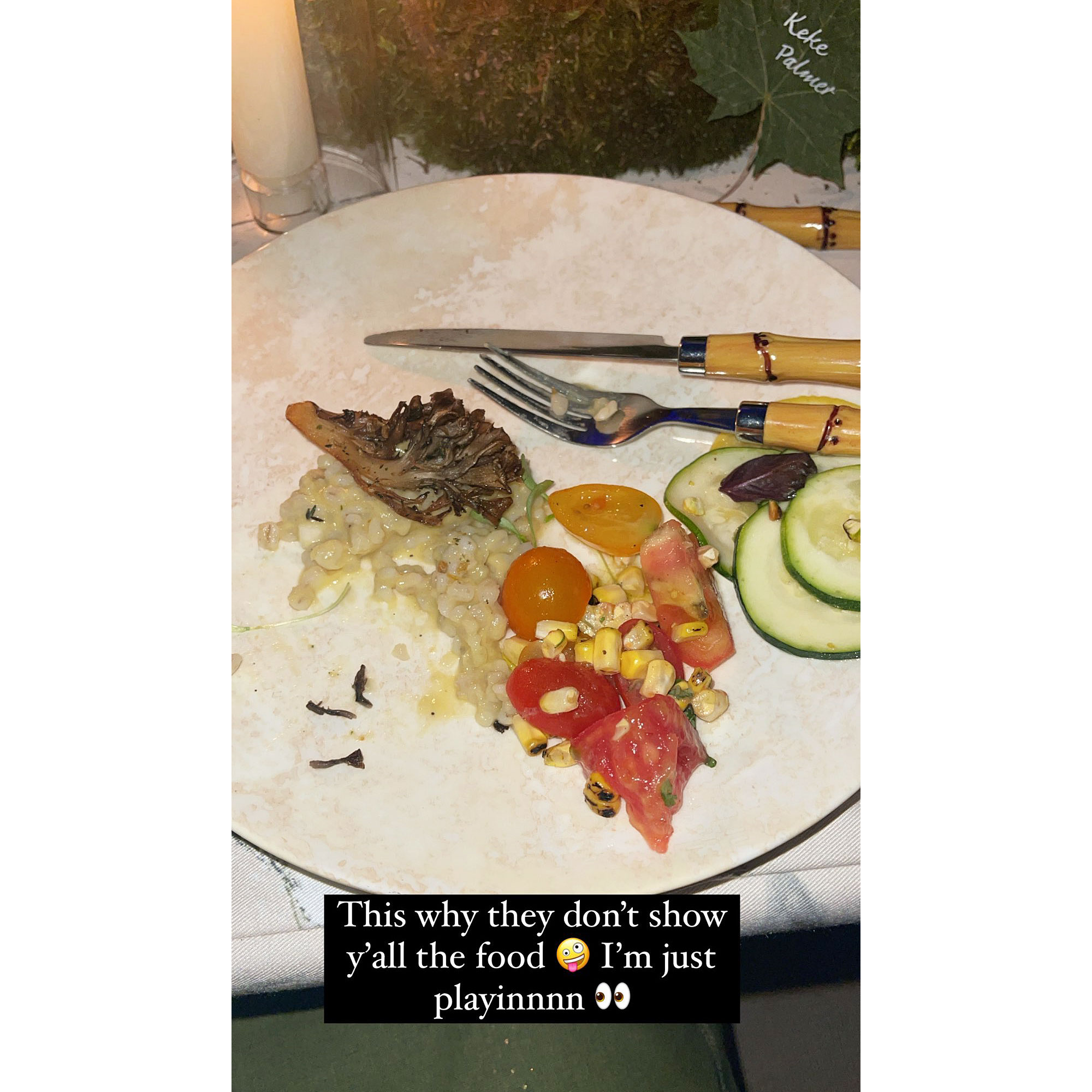 Fans had plenty to say about the food offered at the gala. “This was clearly a ‘eat before you get there’ type of thing,” one person replied, while another commented, “They feeding y’all like it’s Fyre Festival.”

One Twitter user suggested that the menu was in keeping with the evening, writing, “They eat like this cause they be wearing them tight dresses and suits and don’t want to be bloated.”

However, some just were not having it. “The longer you look at it the grosser it gets,” a fan responded, while another person joked, “They basically said: ‘eat when y’all get home chile.’”

Marcus Samuelsson challenged 10 New York chefs to create a sustainable, plant-based menu for the gala that fit the theme of “In America: A Lexicon of Fashion.” The result was an assortment of dishes that heavily featured fruits and vegetables.

The Most Outrageous Hair and Makeup at the 2021 Met Gala

Attendees were then treated to a seated dinner. The first course was a salad made with farm-to-table ingredients. The main dish was creamy barley with corn, pickled turnips and roasted maitake. They finished off the meal with apple mousse and apple confit with a calvados glaze.

“After a difficult two years for the restaurant industry, this will showcase the work and tell the stories of a dynamic group of chefs while presenting an exciting menu of delicious, plant-based dishes,” Samuelsson said. “The gala offers an incomparable opportunity for emerging talent to elevate their careers and share their perspectives and craft.”

The food was served on dinnerware from Tory Burch’s Oiseau collection — plates decorated with botanical motifs, bamboo flatware and green napkins. The event ditched place cards in favor of autumnal leaves, where guests’ names were inscribed.