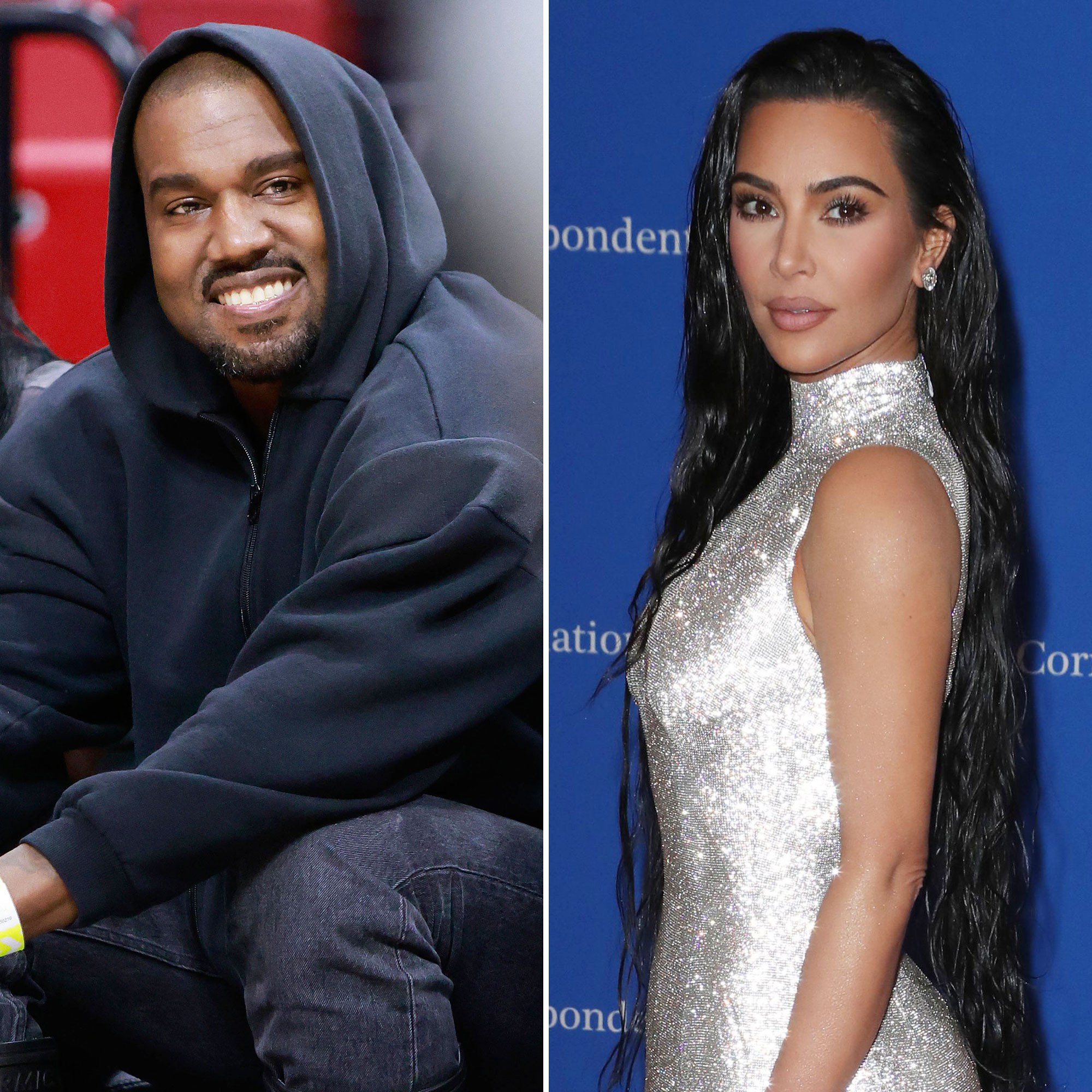 “When I think about it, my eyes fill up with water / Don’t have our daughters butterfly while they larvae,” the Weezy designer 44, raps on the track, which was released on Friday, May 27. The line appears to be a reference to his public arguments with the Skims cofounder, 41, about allowing their eldest daughter, North, 9, to have a TikTok account.

In the song, which is a collaboration with controversial rapper XXXTENTACION, the Illinois native states that the “nannies” tell his children that “Daddy in Nebraska” and critiques the fact that they’ve been wearing Nike instead of Yeezy recently. “Let the kids dig a tunnel to my house like Chapo / Only neighbor in the hood with a door they can knock on / I leave the light on,” West continues, referring to the home he bought across the street from the KKW Beauty founder’s Calabasas mansion.

Everything to Know About Kim Kardashian and Kanye West’s Divorce

“True love (daddy’s not gone) / Shouldn’t be this complicated (you see the light on) / Thought I’d die in your arms (daddy’s at home),” the chorus goes.

In addition to North, the pair share son Saint, 6, daughter Chicago, 4, and son Psalm, 3. Kardashian filed for divorce from the “Power” rapper in February 2021 after nearly seven years of marriage. Later that year, the businesswoman requested to be declared legally single and to restore her last name. The petition was granted in March, just over one year after her divorce petition.

Amid their split, West began sharing a series of rants on social media, slamming the Keeping Up With the Kardashians alum for allowing North to have a social media account and claiming that she barred him from attending Chicago’s birthday party. “I’m being the best father — the Ye version of a father — and I’m not finna let this happen. … Chicago, Happy birthday. I love you and I’m just putting this online because I need y’all’s support,” he said via Instagram in January. He later claimed that he was given the address of the party by Travis Scott.

“America saw [Kardashian] try to kid nap my daughter on her birthday by not providing the address,” he claimed again one month later.

Though the pair have both asked for joint custody, West has repeatedly alleged that the Selfish author has been preventing him from seeing them and is making decisions about them without his input. “I just got off the phone with Kim,” he told followers in a series of since-deleted Instagram videos in March. “I told her to stop antagonizing me with this TikTok thing. I said, ‘It’s never again.’ I am her father. I know y’all don’t respect fathers and the idea of family and the media tries to promote something.”

He added in another clip: “I don’t have custody, I had to fight to have my kids not on TikTok. It’s always been a gang. It’s like we’ve never had Christmas anyplace else other than one location.”

Kardashian, for her part, explained in a February statement that she felt West’s public outbursts were negatively affecting their kids. “Kanye’s constant attacks on me in interviews and on social media is actually more hurtful than any TikTok North might create,” she said at the time. “I am doing my best to protect our daughter while also allowing her to express her creativity in the medium that she wishes with adult supervision — because it brings her happiness.”