Lately, the bite of a cold winter morning has been nothing compared to the sting that comes with checking your social media feed. The annual pilgrimage to Europe in summer is well underway, which means roughly three months of non-stop Instagram posts about Pasta! Puglia! and Pretty Sunsets! 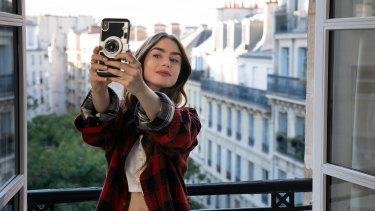 Travel to Paris without dusting off your passport by bingeing the Netflix series, Emily In Paris.Credit:Netflix

For those left behind, it’s tempting to become as bitter as the Aperol Spritz your annoying friend just featured in an Instagram boomerang. We begrudgingly dole out likes and prayer hand emojis while rolling our eyes and zipping up our jackets. But rather than wallow in self-pity, why not travel to Europe without the hassle of leaving your home? I present to you the seven most idyllic television series set in Europe to offset your holiday FOMO (fear of missing out).

Spend six mouth-watering episodes on the Italian coast with Hotel Portofino. The series follows Bella Ainsworth (Natascha McElhone), a wealthy British mother who decides to open an upscale hotel in the Italian resort town of Portofino.

Set in the 1920s, in the aftermath of World War I, the show boasts an impressive cast, but the real star is Portofino. This is Italy at its most sparkling, and every episode features bronzed people swimming in the sun or glamorous hotel guests eating pasta by the sea. Molto benne. 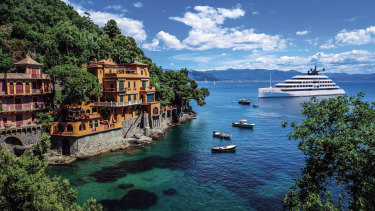 Portofino Bay is the setting for Binge drama, Hotel Portofino.

You may not be dancing on a tabletop in Mykonos but being transported to Corfu from the comfort of your couch is a solid consolation. The Durrells is a charming British comedy loosely based on the life of legendary conservationist Gerald Durrell, who lived on the Greek island in the mid-1930s. Keep an eye out for The Crown star Josh O’Connor, who plays the eldest Durrell boy, Larry. 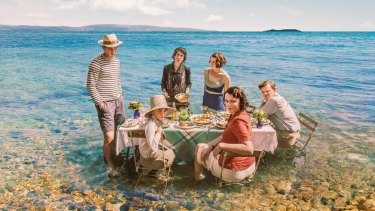 The Durrells is set on the Greek island of Corfu.

The titular Emily of Emily in Paris, played by Lily Collins, might be the exact type of traveller you cross the Seine to avoid if you actually were in Paris. Rocking a beret panic-purchased from the airport, Emily is not a likeable character, yet somehow the Netflix comedy is très enjoyable. Watching Emily fall for heartthrob Gabriel (Lucas Bravo) while also trying (and failing) to master the language is quite charming, plus the show delivers a postcard version of Paris, all cobbled streets and croissants.

Fancy a trip to the French Riviera aboard a luxury yacht? Riviera has you covered with all three seasons of the drama available on SBS on Demand. The series focuses on American art curator Georgina Clios (Julia Stiles), whose life is upended after her billionaire husband Constantine (Anthony Lapaglia) dies in a suspicious yacht accident.

Following his death, Georgina discovers that beneath the beauty of the French Riviera lies a dark underbelly. The cat and mouse game will hook you in, but the scenery will make you hit “next episode”. 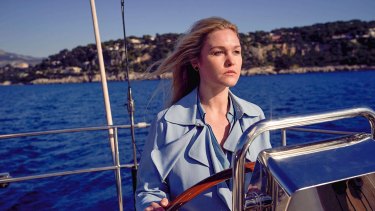 The Night Manager is basically the TV version of a Contiki trip, with each episode whisking viewers off to an exciting new location, including Zurich, Majorca, Madrid, Monaco and London. Tom Hiddleston plays Jonathan Pine, a hotel manager who finds himself swept up in the world of international arms dealing after an affair with a hotel guest. 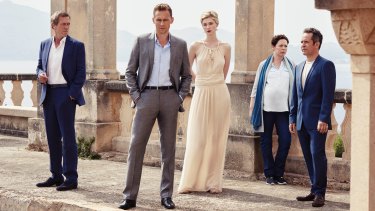 Everything about the small screen adaptation of Sally Rooney’s best-selling book was beautiful: the cast, the dialogue, the sex, and most importantly, the locations. If you’re after rolling green hills, County Sligo in rural Ireland acted as the backdrop for the beginning of Marianne (Daisy Edgar-Jones) and Connell’s (Paul Mescal) love story.

Midway through the series, we had a stopover in Lulea, an uber-cool coastal city in Swedish Lapland, before jetting off to Marianne’s family holiday home in Trieste, north-eastern Italy in episode eight.

If you’re feeling particularly inspired, you can book the real-life villa that doubled as Marianne’s home, Il Casale Tenuta Verzano, which is situated among the picturesque hills of Sant’Oreste (about an hour north of Rome by car) and only costs about $70 a night on Airbnb.

What good is a European getaway without a stopover in Ibiza? Set on the Spanish party island, White Lines is a trashy one-season drama about an English DJ who is murdered in Ibiza. Unsurprisingly, it was cancelled after one season by Netflix, but if you want to scratch your clubbing itch without leaving the house, White Lines will sort you out.