Clearing things up. Jana Kramer explained that Chris Evans didn’t actually ghost her after the asparagus pee incident she shared earlier this week.

“First of all, he didn’t ghost me. We just stopped talking,” she explained in an Instagram Story video on Tuesday, November 15. “And it wasn’t because of that. Like, I was just saying an embarrassing moment. Can we all just, like, laugh at ourselves? It’s so silly.”

In a caption, she added: “We all have an embarrassing story! And no he didn’t ghost me because of that 😂.”

What could have been? Jana Kramer claimed she went on “a few dates” with Chris Evans — but things quickly turned sour after an awkward bathroom run-in.

The One Tree Hill alum, 38, detailed her alleged history with Evans, 41, during the Monday, November 14, episode of her “Whine Down” podcast, telling her friends she knew the Marvel star “pretty well.”

“I honestly can’t remember how we met … it was before, obviously, way before Instagram. … He had just done, like, the Scarlett Johansson movie,” Kramer recalled, hinting that Evans’ star was on the rise when they met at a club. “He was, like, the heartthrob cutie.” 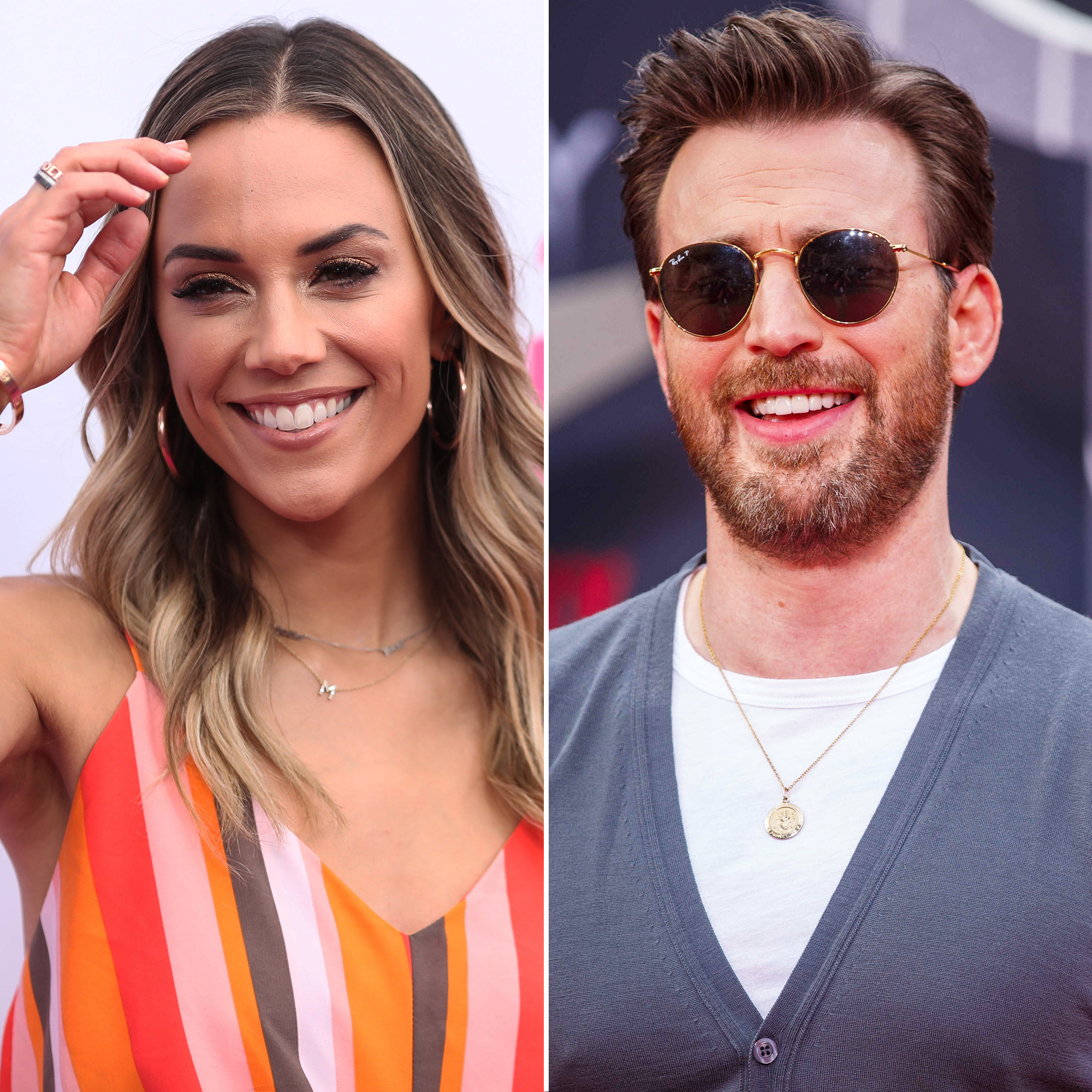 The former Dancing With the Stars contestant went on to describe her “last interaction ever” with the Knives Out star. “To this day I’m actually sort of mortified. … Like, this is so embarrassing,” she continued. “He called me over and he had some of his Boston friends over. So I went to his place … and it was going to be a sleepover. And he had all of his friends there. We were all hanging out, it was a fun time.”

Unlikely Celebrity Couples Over the Years

According to the songwriter, the twosome “did not hook up that night” and she “did the asparagus walk of shame out of his house” after waking up the next morning. “I never heard from him again,” she said, noting that the Captain America actor is a “great kisser.”

Following her failed fling with the Boston native, Kramer went on to marry Mike Caussin in 2015. The pair welcomed daughter Jolie and son Jace in 2016 and 2018, respectively, before the Friday Night Lights alum filed for divorce in April 2021. The proceedings were finalized later that year.

Evans, for his part, was linked to Jessica Biel, Lily Collins and Minka Kelly before he sparked a romance with Jenny Slate, whom he worked with on 2016’s Gifted. In February 2017, a source exclusively told Us Weekly that the costars pulled the plug on their relationship “due to conflicting schedules.”

Earlier this month, the Avengers: Endgame star was spotted holding hands with actress Alba Baptista in New York City. The duo were first linked in 2021.

Throughout his career, the Lightyear actor has been candid about wanting to start a family. “I really want kids. Yeah, I do,” he gushed to Men’s Journal in 2019. “I like pretty pedestrian, domestic things. I want a wife, I want kids. I like ceremony. I want to carve pumpkins and decorate Christmas trees and s–t like that.”

More recently, Evans declared he’s “laser-focused on finding a partner” to settle down with. “I mean, look — I love what I do. It’s great; I pour all of myself into it,” he told Shondaland in July. “But in terms of — even this industry is full of pockets of doubt, hesitation, and recalibration in terms of really trying to find someone that you really can pour all of yourself into. Maybe it’s about trying to find someone that you’re looking to spend your life with.”